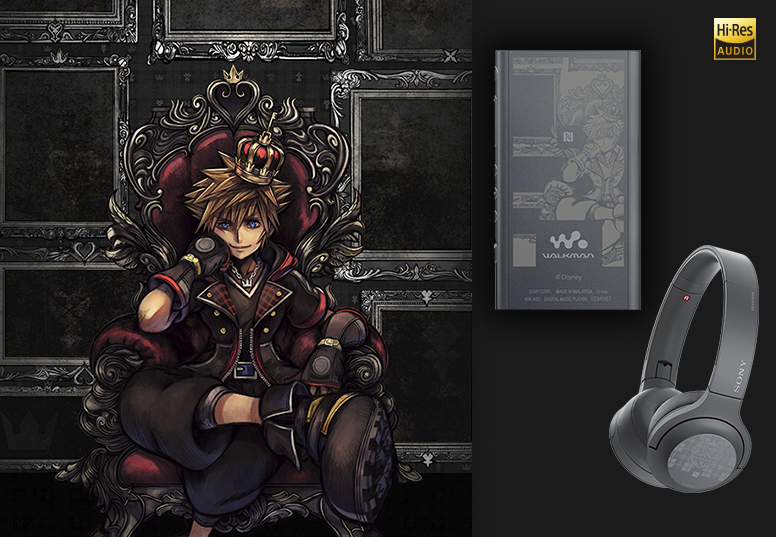 If there’s one area of Kingdom Hearts that even its most skeptical critics would struggle to find issue with, it would have to be its soundtrack. The music, composed by Yoko Shimomura, is deeply interwoven into every game in the series, whether it be her arrangements of classic Disney tunes or the series array of original themes for its characters. It would be incredibly difficult to separate this series of games from its music, which makes it somewhat fitting that special Kingdom Hearts III Walkman devices and headphones are on the way from Sony.

While the Walkman may have fallen from its status as the must-have portable music device many years ago at this point, the device has transformed and continues to be sold today as a more premium and niche product, differentiating itself from the all-consuming iPhones with things such as support for high-resolution audio. Every so often, Sony has sold special editions of the device featuring unique designs based on popular properties, and the latest of these is a Kingdom Hearts III design in conjunction with the release of the newest (and most successful) title in the series.

This Kingdom Hearts Walkman is based on the A-series models with a touch screen and 16GB built-in storage (which can be expanded with micro SD cards up to a combined total of 144GB). The device would come in a greyish black color with an etched design onto the back that replicates the sketch of Sora sitting on a throne. Included with the device will be high-resolution audio versions of the Japanese version of “Face my Fears” and “Chikai”, each serving as the opening and closing themes for the Japanese release of Kingdom Hearts III respectively.

It’s not just a new Walkman that’s being released as part of this collaboration, however. Alongside the Walkman, Sony will be releasing a special ‘Kingdom Hearts III’ edition of their premium h.ear on 2 Mini Wireless headphones. These over-ear headphones are wireless over Bluetooth connections with a battery power up to 24 hours. This special edition of the headphones contains a unique Kingdom Hearts-themed design on each ear.