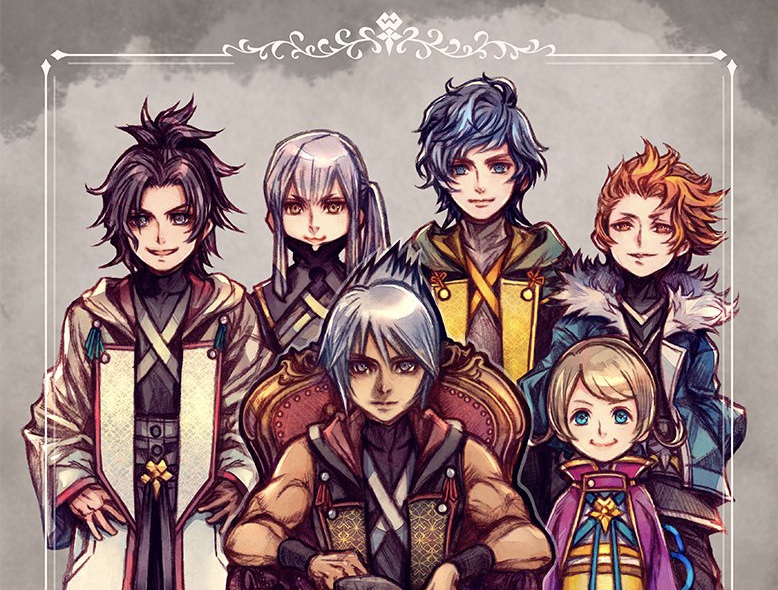 Expectations for Kingdom Hearts: Dark Road need to be readjusted. This is not the next major mobile gaming experience within the Kingdom Hearts franchise. This is a secondary experience designed to entice players to try Union X. It’s an advertisement.

Despite promotional material before release promoting it on its own merits, this game doesn’t stand on its own merits at this early stage and doesn’t appear to want to be seen as such. From its inclusion within the larger Union χ experience to the constant reminders of Union χ’s existence, it serves less as an engaging solo experience and more as a way to bring new players into that game.

A Complimentary Experience, Nothing More 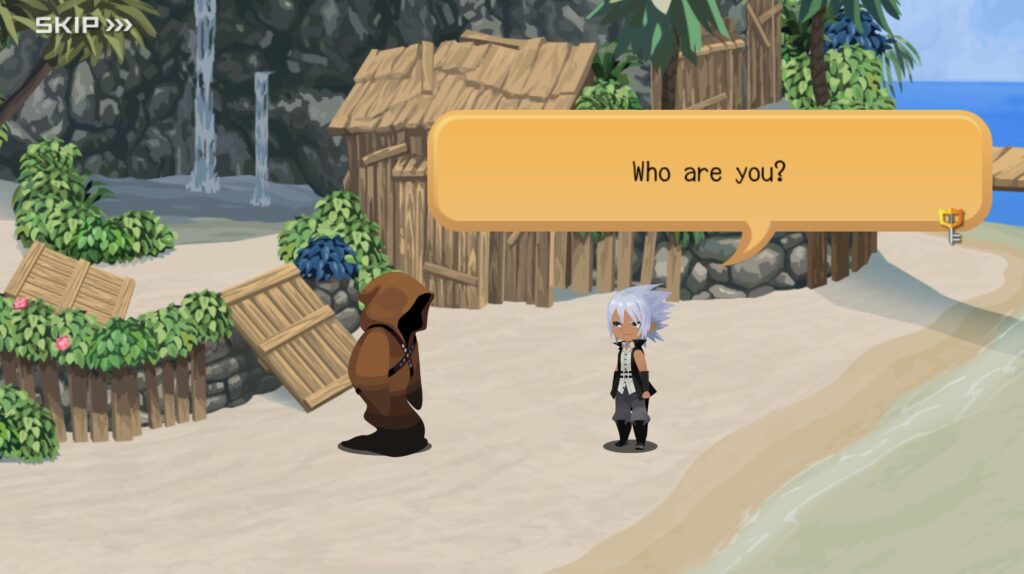 In the months before release, Kingdom Hearts: Dark Road was advertised as a mobile title that sought to explore Xehanort’s training days with Master Eraqus and the events that caused him to become a seeker of darkness. For series fans, this seems perfect! Xehanort is an interesting antagonist within the Kingdom Hearts franchise, so naturally, fans would want to know more about his past.

Earlier this month, following a delay as a result of COVID-19, the game finally launched as a complementary experience within Union χ. Upon playing the game for myself, it becomes clear why this title was released this way.

Before getting into the story elements of this experience, I want to talk about gameplay. Kingdom Hearts: Dark Road uses a card-based battle system similar to a previous game in the franchise, Chain of Memories. Unlike that game, the use of the touch screen for selecting cards makes it far less tedious and more enjoyable experience. 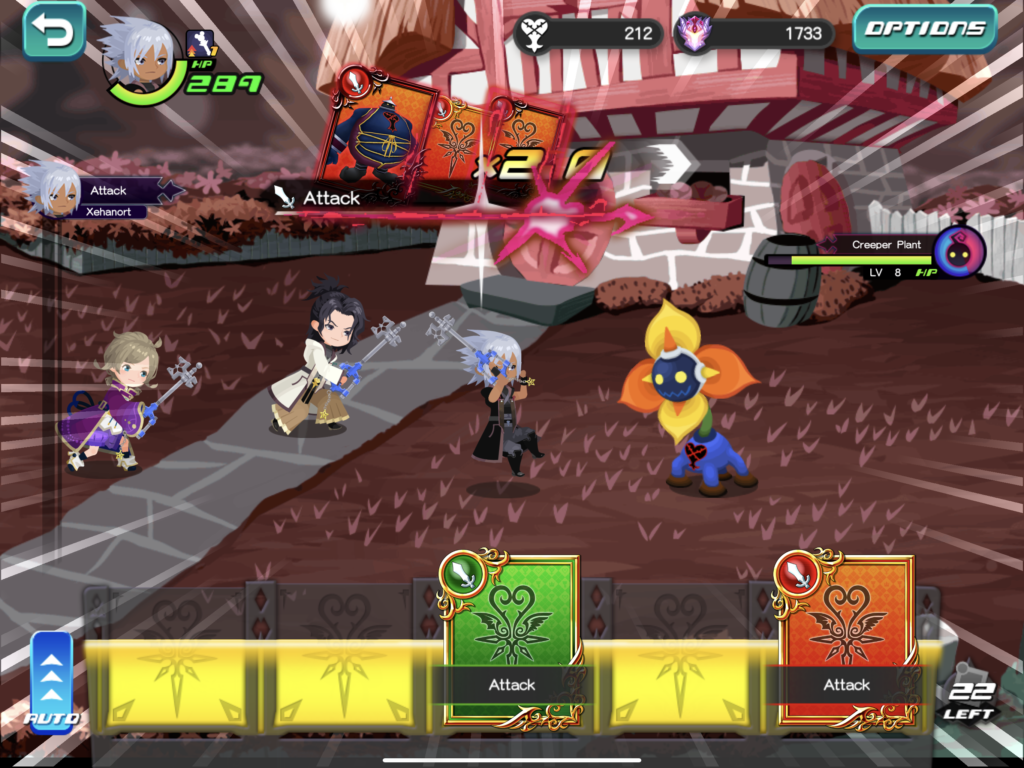 Players need to chain 3 cards together in order to unleash an attack. Linking multiple cards of the same color together will increase the strength of the attack, with the first card in the chain determining which attack is used. Heartless can interrupt these attacks on their turn within this pseudo-real-time battle system, while your partners will also aid you in battle.

While Dark Road promises to explore Xehanort’s past, chapter 1 of this story sees Xehanort, Eraqus, and 4 other students named Vor, Bragi, Urd, and Hermod, sent out from their school on Scala ad Caelum in search of their missing upperclassmen. These upperclassmen had gone missing while exploring other worlds.

This is where the game’s argument as a solo experience falls apart. Despite only giving the briefest of summaries, that description summarizes almost every event that occurs within the first and only chapter available at the time of writing, save for the very ending. When this is the primary reason players are supposed to be interested in this game, the story is disappointingly non-existent at this early stage. 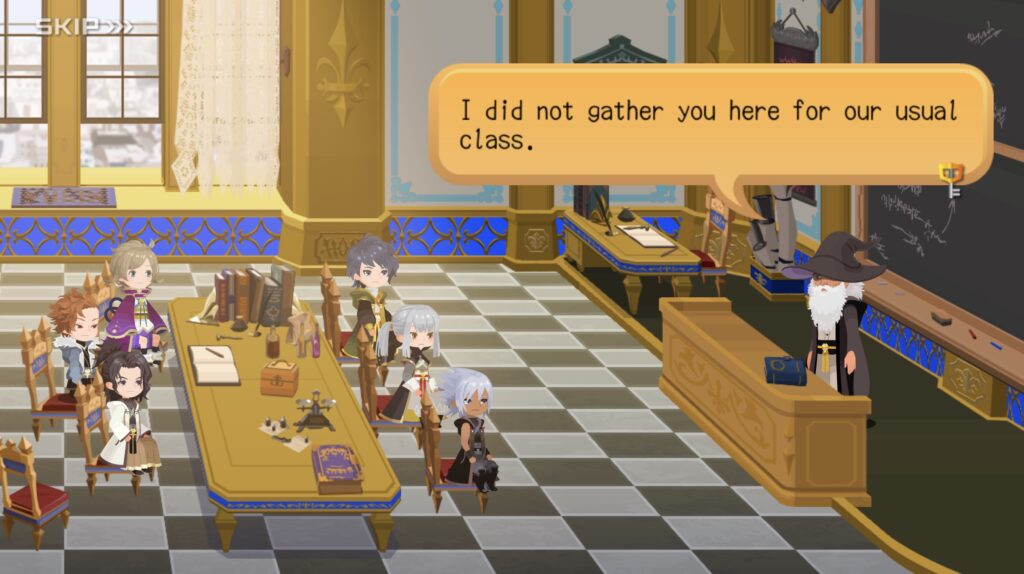 Also, even if the gameplay is fun, it’s rendered meaningless by the game’s auto system. After you’ve leveled up a few times, it’s easy to just set the game on autopilot against low-level enemies while connecting your device to a charger and letting it play itself for a few hours. This can grind the necessary BP needed to level up and earn weekly and monthly rewards, all without lifting a finger. Put on a movie, plug in a charger, and reap the rewards a few hours later.

The grinding that makes this sort of auto-battling exists without the ability to spend money to skip it. While this is welcome as someone who dislikes the often-predatory nature of free-to-play games, why is the game still left feeling so repetitive? This then brings into question the in-game economy, which exists but is massively disincentivized. There’s no reason for a player to feel compelled to invest.

While a player has no need to worry about how a company will make a return on their investment, I think considering it helps to understand why Kingdom Hearts: Dark Road has been designed the way it has. Between the advertising campaign to bring in new players and minimal content, this isn’t designed to be a Kingdom Hearts player’s next mobile gaming investment.

While you’re unlikely to invest in the economy of Kingdom Hearts: Dark Road directly, jewels you receive or buy within Dark Road can be used within Union χ and vice versa. If you buy one game’s premium pass, the jewels and access to premium content are shared between both games. It’s designed from the start as a dual package.

Union χ is a much more substantial experience. There’s in-game guilds and a 945 mission story that continues to expand and grow. There’s a PVP competitive scene that encourages players to fight off with their best medals, and a robust economy. There’s even deep character customization.

If Kingdom Hearts: Dark Road can get players to try out the main game through the interlinked economies without needing a separate application, that’s a job well done for Square Enix. I’ve restarted Union χ having first played it before Kingdom Hearts 3’s release now that the app is back on my iPad, so to that extent, the game is a resounding success. If even a small number of those who play Dark Road make the jump, that’s all Square Enix need.

Kingdom Hearts: Dark Road: Side Content to the Main Event 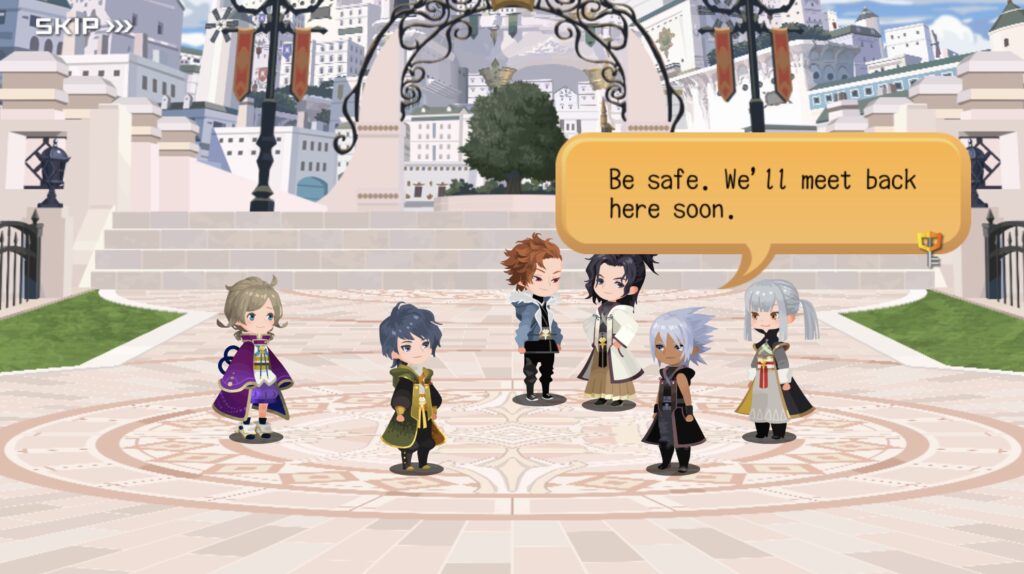 It’s difficult to recommend Kingdom Hearts: Dark Road on its own merits. Unless you care, and I mean DEEPLY care, about the larger lore for this series, there’s little to entice you to play this game. Even then, this first episode is mostly an introduction and only lightly scratches the surface of Xehanort and Master Eraqus’ past like the game promises.

As an advertisement for Union χ, it’s a much greater success. In that sense, I would argue that series fans can get enough out of both Dark Road and Union X combined to be worth downloading, especially since Union χ doesn’t railroad players into spending money unless they invest in the game’s PVP scene. Combined they’re worth your time, but Dark Road is too barren and unsubstantial to recommend on its own merits.