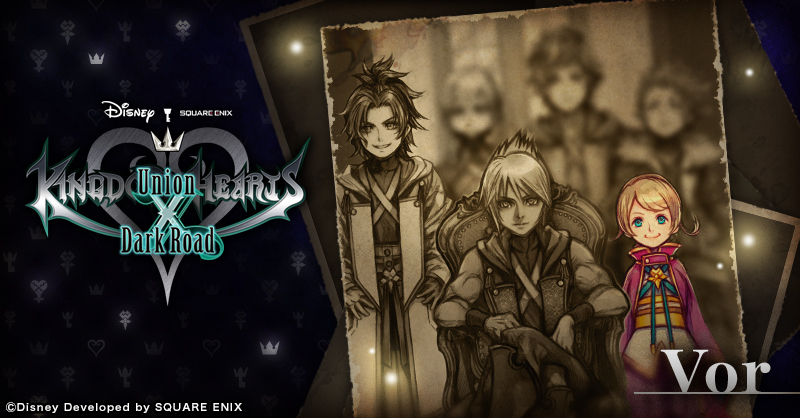 Having originally been planned for release this Spring, the release of the latest mobile spin-off to the Kingdom Hearts franchise, Kingdom Hearts: Dark Road, was soon delayed to later in the year as a result of the ongoing fallout from the COVID-19 pandemic. Since the news of this delay, information on this intriguing prequel to the Kingdom Hearts franchise has been mostly silent. In the last few days, however, the twitter accounts promoting the game suddenly burst into life, sharing with it a slew of new information and screenshots for the story, gameplay and characters for Kingdom Hearts: Dark Road.

Previously, all that was known about this game is that it would expand upon the childhood friendship between Master Eraqus and Master Xehanort. It was enough to make fans of the series interested in learning more about these characters, but with little indication on what gameplay consisted of or anything beyond this vague description, it was difficult to get too excited for the game.

In the last few days, new screenshots from the official Kingdom Hearts: Dark Road twitter account have unveiled the names and designs for 4 new characters who all trained together as keyblade welders in their youth. Although further information remains shrouded in mystery, These are Urd, Hermod, who bears a striking resemblance to Riku, Bragi, and finally the spritely Vor. Although no further information has been given, each of these names is derived from Norse mythology.

Alongside this, screenshots of gameplay suggest a variation on the mobile gameplay of Kingdom Hearts: Union χ which gives the game a striking resemblance to Chain of Memories. The gameplay blends the simplified art style and gameplay of the original mobile title with the card-based deck-building gameplay of the GBA and PS2 spin-off game, creating a more tactical game as a result. Other screenshots show Eraqus and Xehanort hanging out in Scala ad Caelum, the final world in Kingdom Hearts 3.

Kingdom Hearts: Dark Road will be released later this year as a bonus mode within the already-released Kingdom Hearts: Union χ mobile game on iOS and Android devices. You can find out more about this game over on the title’s official website.