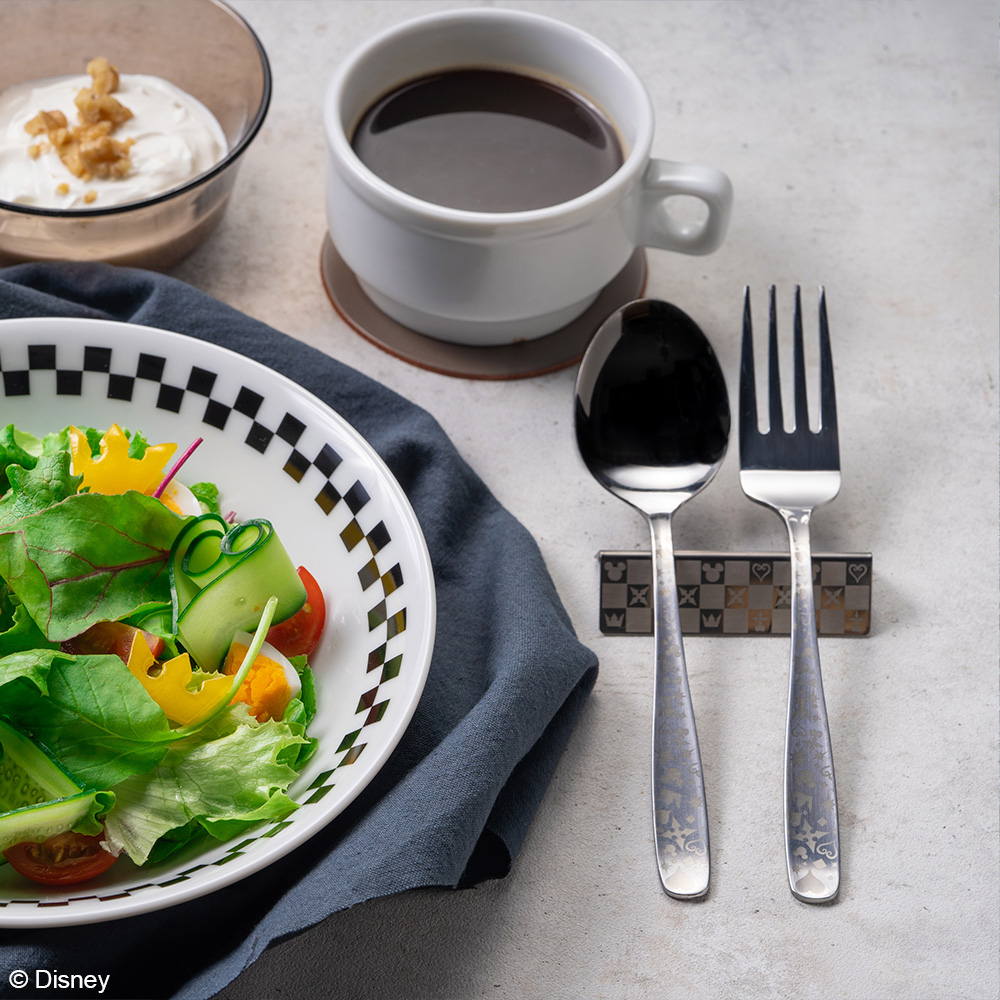 You know the situation. You’re sitting there, enjoying your day as a Kingdom Hearts fan, and begin to feel a little peckish. Since you’re hungry, you decide to venture out to buy some food, but when you arrive back home, you realize you don’t have any Kingdom Hearts-themed plates and cutlery to eat your food on. What are you going to do? Luckily, Square Enix have you covered, with Kingdom Hearts-themed dining sets just some of the new pieces of Kingdom Hearts merchandise revealed today.

These dining sets consist of various Kingdom Hearts-themed plates to set your food on, forks, spoons and stands to rest your cutlery on when not in use. These items are adorned with various symbols from the series such as Mickey Emblems, hearts, crowns, keyholes, keyblades and more, but the overall design of each of these pieces is refreshingly minimal. Although the crown plate is more blatant in its ties to the series, the Roxas plates are cool for fans while remaining subtle in terms of design.

Each of the plates are available in black or white, while the cutlery is available in either black or silver. Prices for these items vary wildly from 2200yen for the plates, 2750yen for a fork and spoon set, all the way to 6800yen for a pair of forks and spoons alongside a cutlery rest. These items are available to pre-order starting from today from the official Square Enix store alongside more traditional merchandise for the series, such as new plush toys for Donald and Goofy based on their Kingdom Hearts 3 costumes that were also newly revealed today. These items are priced at 5940yen. Older merchandise such as various Kingdom Hearts Bring Arts figures and more are also available.

All of these items are set for release this November, and these dining sets should allow fans of the series to finally live out the Kingdom Hearts-themed dinner party of their dreams. Then again, with the world how it is in 2020, maybe having guests for a dinner party isn’t the best idea. Though I guess you could invite Donald and Goofy along as well, and have a dinner party with them. Sounds like a plan!