What Compels Someone to Create a 350-Page Fan Theory on Their Favorite Game? 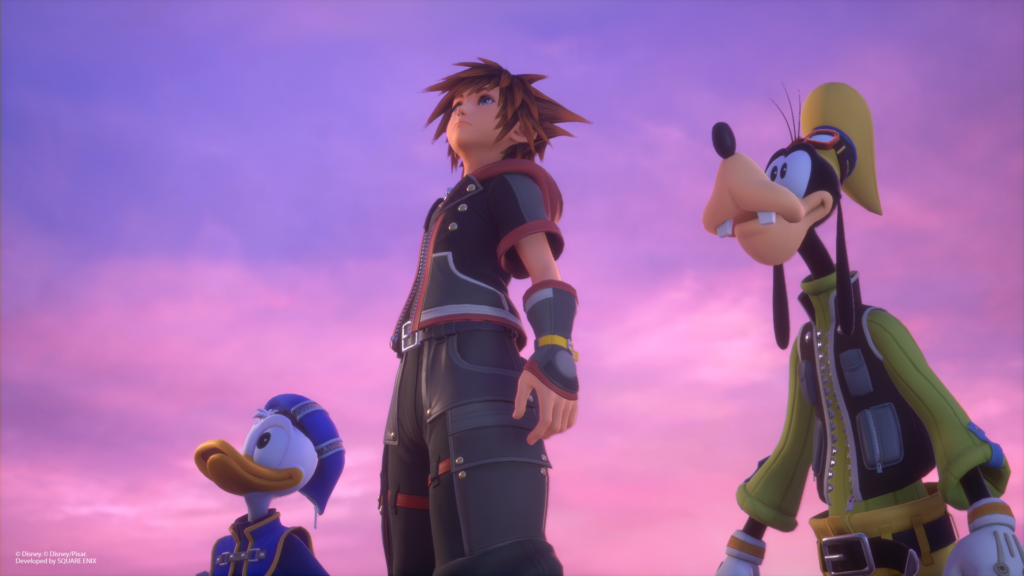 I love to discover the ways in which a fan expresses their love for their favorite movies, games or media, in some ways mores than the actual media itself. A piece of media never really changes, yet each new piece of fan art or fan fiction or creation provides a new way to enjoy something you perhaps already love. You can find this passion expressed in so many different ways by so many different people. Fans of rhythm arcade games such as Taiko no Tatsujin or the various Benami games put countless hours into perfecting their play and scoring perfect results on a particular song before sharing the fruits of their labor with the world. A brief search on YouTube is all you need to find countless fans showing off their amazing skills in such a manner. You’ll also often find other fans creating fan art of their favorite works, pouring endless stretches of time into a piece of art of a character they like, scene they enjoy or something wholly original inspired by their memories of this work they admire. You will often find that there’s an innate desire to profess your love through sharing your passion with fellow fans with something you yourself created that’s inspired by the thing you love, and I love to see the fruits of this labor.

Perhaps because of this, when I saw a group of passionate Kingdom Hearts fans had put together a rather plausible theory surrounding the story of the recently-released Kingdom Hearts 3 and the future projection of the series more broadly, I was fascinated. Not only does the series itself mean an awful lot to me, speculation is half of the fun of watching a TV show as it is airing or a long, story-driven game, and with a series like Kingdom Hearts in particular, after a game has released I love to see what others thought about it and to ponder what could be next for the long-running story. 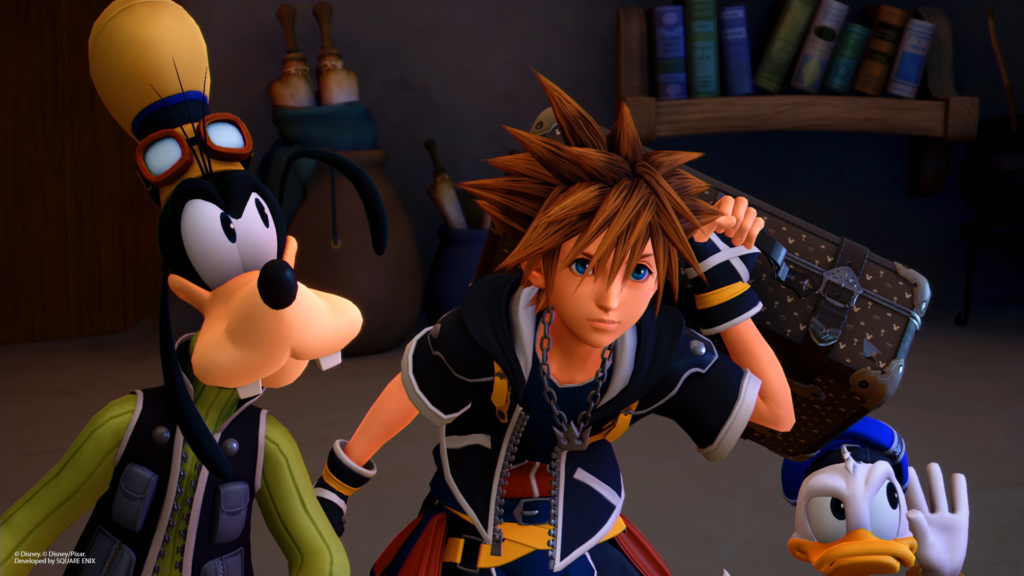 When I saw the amount of time and effort that had been placed into the ‘Sleeping Realms’ theory for Kingdom Hearts 3 by this small group of highly-dedicated Kingdom Hearts fans, it left me incredibly excited, while it also made me anxious to learn more about the people behind its creation. Even if I like to speculate and ponder the complex story of Kingdom Hearts, I probably would not be able to put as much work into constructing an alternative and potential hypothesis as could be found here. There’s so much collective effort that has led to this document’s creation, and I wanted to learn about the people putting in that effort, if anything to understand their reasoning behind creating such a theory in the first place.

While I personally wanted to know more about this theory in particular, I also wanted to see if I could gain an insight into their mindset to understand why they would undertake on such a mammoth task like this at all. It’s for this reason that, at the beginning of March, I was sitting in a small Discord chat with three of the people behind this theory. In this small group was Niku, a relatively newer fan of the Kingdom Hearts series, having only really become a fan of the series last year. In comparison, you had Kal, who had comparatively more experience of the series but had only been a casual fan of the series with experience of just Kingdom Hearts 1, 2 and 358/2 Days until last year, as well as Gemma, a dedicated fan ever since playing through the first game all the way back in 2002. Even with that experience, none of this group had taken a deeper interest in the fandom surrounding the series until last year, with Kal having involved themselves in other fandoms as an artist and writer before Kingdom Hearts while Gemma, another artist, spoke about her struggle to find people to share her experiences with leading her to ‘take a back seat’, as she put it.

I wanted to know why they made this theory and how they dealt with the fan reaction to it, after the theory blew up on social media and became the foundation of countless discussions within the community. At first, the whole thing came about as speculation in the months leading up to release which held up upon further probing of the final release, probing that led them to believe there was something deeper to the events than the game was letting on.

‘For me mostly it was the very ending,’ noted Kal. ‘How come the sky and characters didn’t match up if they were supposed to be on the same worlds?’

The Sleeping Realms theory these fans devised hinges on the fact that many of the game’s events are actually taking place within the ‘sleeping realm’, and that the events that take place in Kingdom Hearts 3 are actually the second occurrence of these events within the universe of the series. The ending, with the differing times of day for each shot depending on which characters the game was focusing on, was, to them, the dangling thread that became a focal point for many of the questions and answers they had. I don’t want to touch on the mobile game too much here, but the view that these fans decided on was one which used the sleeping worlds introduced in the mobile games and in Dream Drop Distance on Nintendo 3DS as an explanation to several odd utterances and events that occurred throughout the game.

The creation of the theory, however, at least at first, was more a personal collection of their thoughts on the story of the game as they searched for answers for the game’s mysteries than something that was planned for a much more public consumption. ‘At one point eventually it was like, we should compile this so we don’t forget and so we have an organized thing to look back on as we find more,’ stated Kal.

Niku concurred with this. ‘Honestly, we were getting really tired of trying to explain things to people.’ 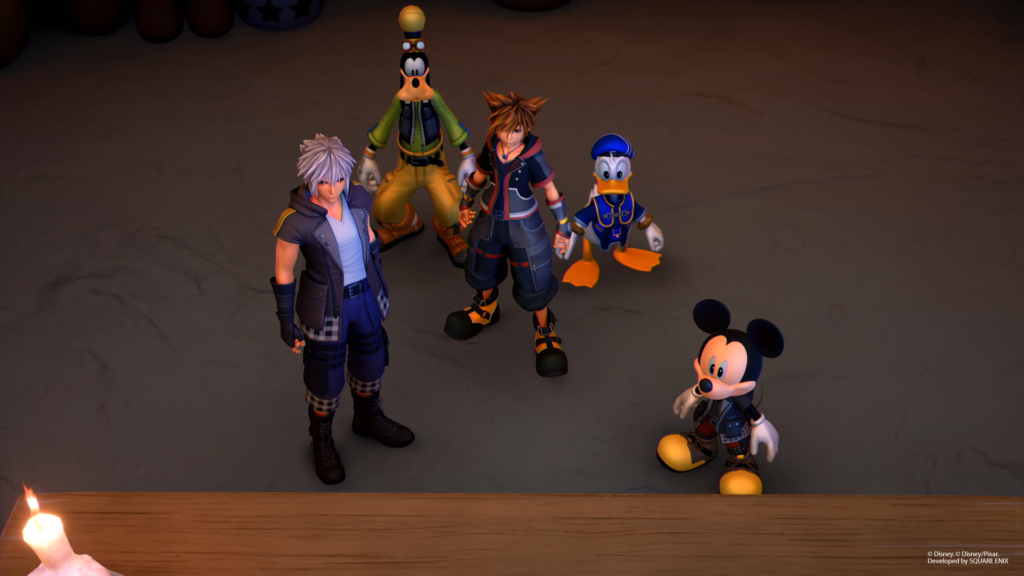 One common argument made by critics against any fan who tries to create any sort of theory like this is that it’s just the creation of a fan who can’t admit to a product’s flaws compensating for the game’s own issues. When I first looked around at a lot of the public reaction to this fan theory being released, although many people were receptive and positive about the ideas shared in this document and what it could mean for the Kingdom Hearts series, others were more critical. Some argued they were simply trying to make up for bad storytelling, while others were arguing that, because the theory brings up often the idea that Riku has potentially romantic feelings, or at least holds strong homosocial feelings, for Sora, that they were simply fans mad that their favorite ship wasn’t official. In essence, the argument was that they were trying to ‘fix’ the issues with Kingdom Hearts III by trying to find a way to counteract any complaints others may throw at this title and series they each truly care for. ‘It was never a fix it because we were disappointed’ was the retort I received to this question from Niku, one which Gemma further added to.

‘There’s never been a desire to fix the game. We’ve always been very set on “there’s more to this than what we’re being told” because, after all, it’s a Kingdom Hearts game, but I guess people could read that as wanting to fix it. Kingdom Hearts 3 has a huge cast that needed resolution and while it shone for a lot of them, Sora, Riku and Kairi definitely suffered a lot to the point that their relationships took a back seat. We wanted to explore and analyse their roles more closely with what the game presented to us.’

Their view was that, even though Kingdom Hearts III did have some issues in their eyes, such as the main trio or, as they mentioned to me as well, the treatment of Aqua within the narrative, they weren’t trying to solve these issues. They wanted to answer the questions they felt had been left open for future installments. They felt the dismissal of the theory as a shipper’s fan fiction was particularly egregious as well, noting they never go into detailing the definition of ‘love’ since it is open to interpretation whether the relationship Riku and Sora have as a focus for the game’s story is ether platonic or romantic. 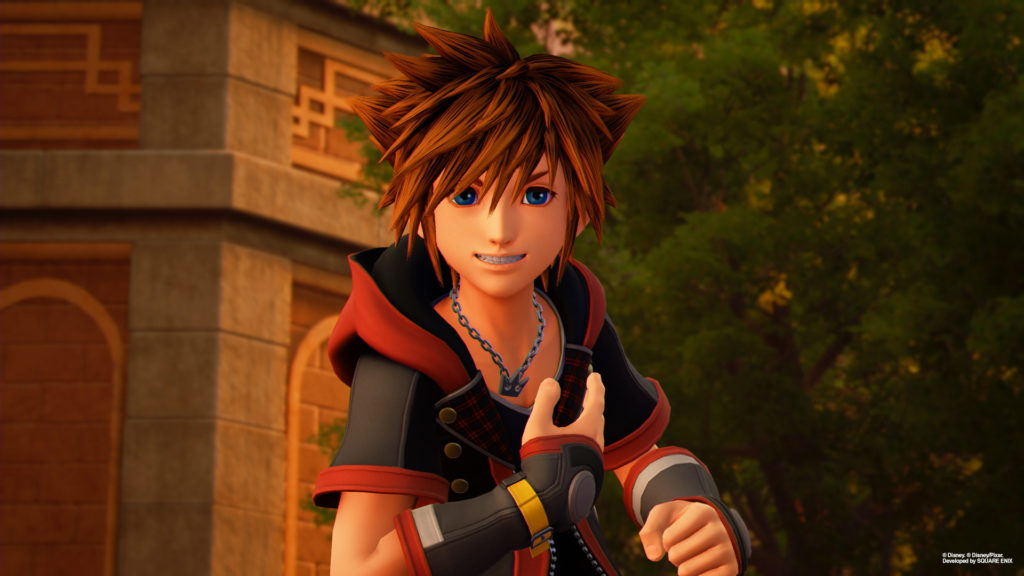 When you see elements of this theory rejected for being ‘an excuse to justify their ship’ or, more broadly, when a fan creation steps beyond authorial intent, it often can end up being dismissed as just self-projection, or the mindset of an overzealous fan. At the end of the day, it’s all a matter of perspective. If a fan created a piece of artwork featuring their favorite character in a cool pose, it would be viewed as impressive and inspired. When that same passion is instead pointed towards something such fan theories, it becomes viewed as excessive, obsessive. Neither are all that different, and both are simply outlets for the fan to express their love for a piece of media, and to have fun. In fact, when I asked what the best part of the discussion and debate that surrounded this theory they made following its release actually was, they noted this exact thing. ‘So many people are using the theory to have fun and that’s the best thing to come out of it!’

At the end of the day, the thing that compels a fan to create something like this isn’t for attention, to fix flaws or anything like that. They enjoy this series and want to create something fun for themselves that others can also enjoy. Just in the last few days, the entire theory was translated into Spanish. Those fans translating also want to share their passion with others however they can.

While I wanted to talk to this set of fans about their experiences creating this Kingdom Hearts fan theory, I also wanted to ask them about how they viewed the perception and experience of being in fandom. Before I even started the interview, I had a list of questions I wanted to ask them that included one specifically addressing this point, one which, as the interview came to a close, I never felt a need to ask. I had my answer. 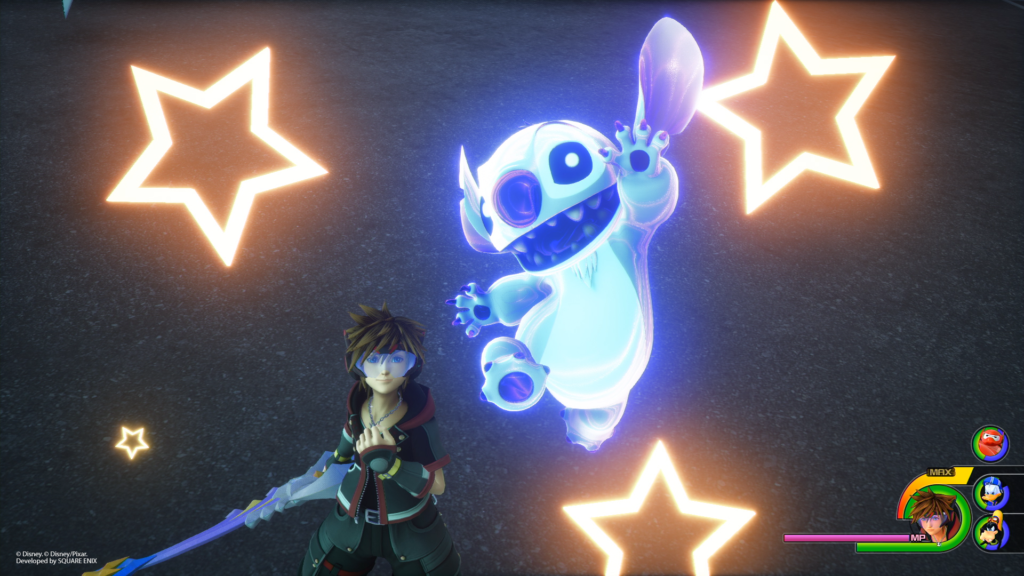 Many fans simply want to express their love for their favorite works however they can, and, as they put in their own words, have fun. That’s how it should be, and in an age where fandom can often be looked down upon as being unwelcoming of new fans, obsessive and aggressive, it can be easy to forget that such a view is simply a representation of a small minority. Many fans get painted with the same brush when sharing their passions for media through their own creations, when simply having fun that is derived from the work they enjoy.

Surely that’s the most important thing of all, isn’t it?