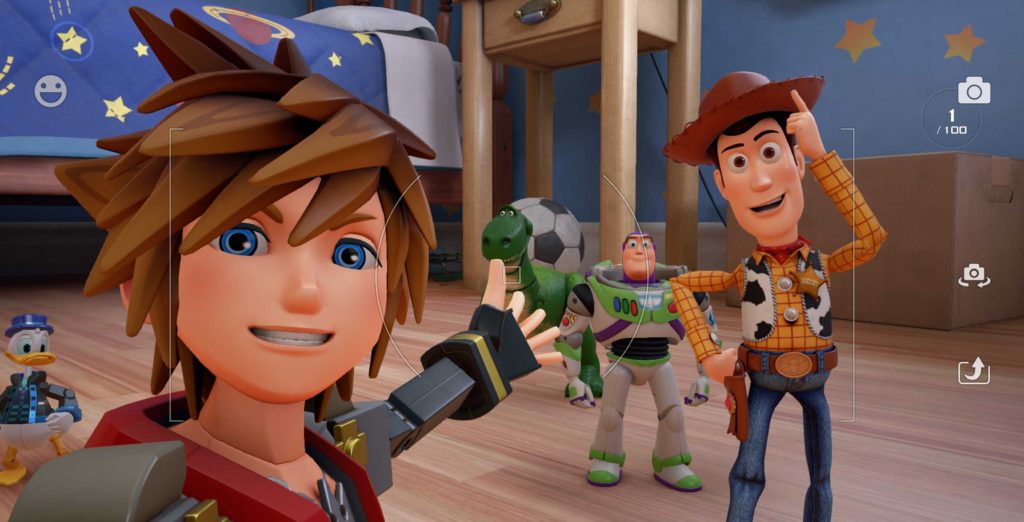 The first time I found out that they were actually going to create toys from the Toy Story versions of Kingdom Hearts III characters was in an interview with Pixar animator and Creative Director Tasha Sounart. She had spent time working alongside the team at Square Enix to accurately capture a merging between the worlds of Toy Story and Kingdom Hearts. When the interviewer mentioned that the design that she’d worked on would be released as a toy, she was thrilled.

And now in a new stop-motion trailer, we finally have an idea of how these toys look!

Stop-motion animation used to be huge on Youtube, so it’s really nice to see these toys revealed this way. In fact, it shows how much confidence the team has in these models in that they were prepared to have them fight off heartless in a recreation of a Kingdom Hearts III in-game battle. It’s a shame that they haven’t revealed who was responsible for creating this trailer because I’d love to see their other work as well.

The figures are currently being released as a bundle with Kingdom Hearts III on the Square Enix Online Store. This bundle is $229, making it $150 more expensive to get the exclusive figures of Sora, Donald, and Goofy. The figures are being produced as a part of the Square Enix Bring Arts line which also includes characters from Dragon Quest XI and NieR: Automata. These re-posable figures mean that other stop-motion animators could have a go at creating their own stories. Maybe one where Sora and friends visit the world of NieR: Automata and get really sad.