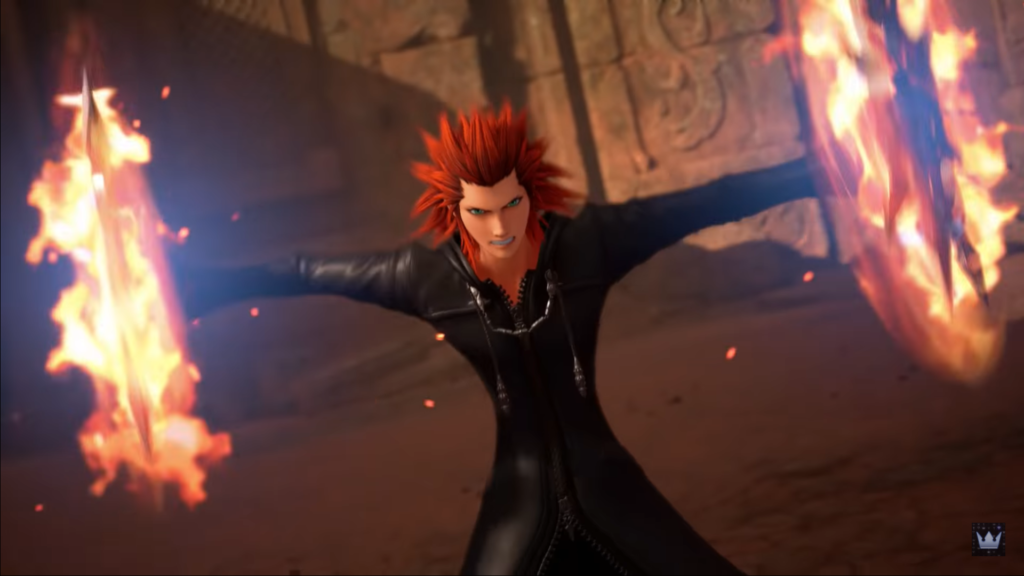 Disney may be in a big squabble with Sony right over the future of Tom Holland and Spider-Man in the MCU, but at least they’re allowing Square Enix to do what they want with Kingdom Hearts right now. Teased a few months ago at an official Kingdom Hearts orchestral concert event, the Kingdom Heart III: ReMIND DLC has finally got a full-length trailer. Set to be released this winter, although there’s not an exact set date yet, fans who wanted more and more out of KH3 can look forward to this coming out soon.

A few things have been promised as part of the ReMIND DLC package. First, there’s a ‘familiar realm’ which might be the stained glass area we see Sora and Namine having a conversation, visual iconography that’s stayed with the franchise from game one. There’s an all-new boss battle with Xigbar who out of all the organization members is hiding the biggest secret. The boss rush near the end of the game will allow you to change character, making fan favorites like Aqua, Riku, Roxas, and maybe even Axel playable. Finally, there are a couple of new story scenarios, one of which specifically dealing with Organization XIII.

Kingdom Hearts III wrapped up nicely, a little too nicely. I loved the game to pieces but I understand why those who had problems with it did, especially towards the end where after you finish all the Disney world you get placed on rails towards an epic finale. Getting additional story bits and exposure to what’s happening with the now gigantic original cast of Kingdom Hearts is welcome and will make paying for the ReMIND DLC worth it, at least for the die hard fans who’ve played every single spin off game in the series like me.