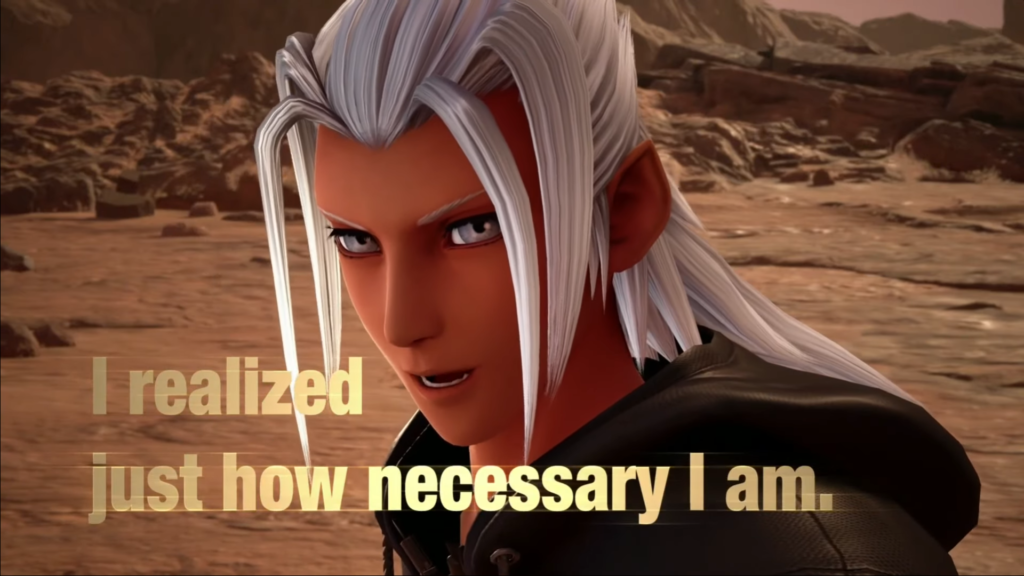 My biggest complaint with the excellent Kingdom Hearts III, aside from the game not being 100 hours long as I wanted to play forever, was you got to spend too little time with some of the important secondary characters. The previously announced Kingdom Hearts III Re:Mind DLC finally has a trailer available to the public and it promises to fix just that. Square Enix and Tetsuya Nomura have already patched in the much requested critical mode as a free update, so now they’re free to make Re:Mind, a collection of all new content that will appeal to plot-crazed diehards and those who just want to bash in more heartless with a giant key.

From the start, we see Young Xehanort talking to a cloaked figure who’s probably [REDACTED DUE TO SPOILERS]. This is probably just due to me being the life long Kingdom Hearts fan that I’ve been, but I really like the quote ‘In an awful way, I realized just how necessary I am.’ Not only is it teetering on dark and edgy, but it also implies we’ll get additional context for the Xehanort saga. Maybe more interestingly we get to see a conversation between Xigbar and Luxord, who’s been until this point one of the most undeveloped characters in the series. Implying Luxord has some kind of mystery behind him, it’s great to see a character like him fleshed out even if it’ll add to Kingdom Hearts’ nearly incomprehensible mythos.

Story additions weren’t the only thing on display in the Kingdom Hearts III Re:Mind trailer.  We see Sora wielding the Oathkeeper, one of the most significant and iconic Keyblades dating back to the original PS2 game. In addition, we see new playable segments with Riku, Aqua, and (spoilers) my boy Roxas. The original announcement for the DLC said there would be three entire new scenarios so here’s hoping they’ve only unveiled the tip of the iceberg.

Kingdom Hearts III Re:Mind will be unleashed this Winter.