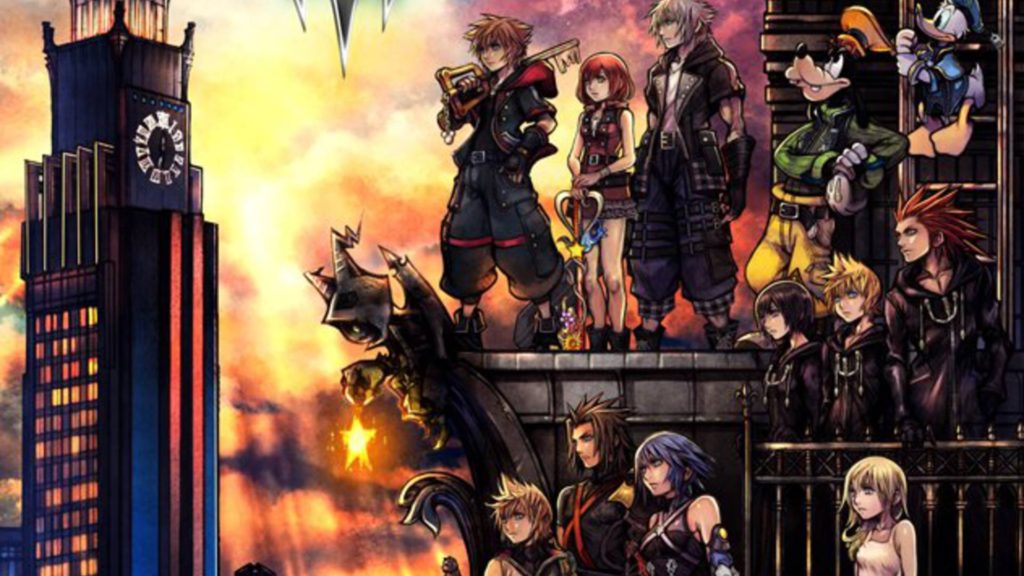 With Tokyo Game Show just around the corner, Square Enix has been dropping details left and right about their upcoming titles, which fortunately for us, includes the highly-anticipated Kingdom Hearts III. Earlier this week during the PlayStation Lineup Tour we were graced with a short version of the latest Big Hero 6 world trailer, and earlier today Square Enix made the full version available for streaming via their YouTube channel. That wasn’t all, however, with series director Tetsuya Nomura sharing the game’s official cover art via the Kingdom Hearts Twitter account.

Zooming through the world of Big Hero 6 and diving into the high-seas of Pirates of the Carribean, the latest trailer does an excellent job of expressing the more serious tone of the third installment into the long-running Kingdom Hearts series. With the official cover art for the game, we see a gorgeous return to Kingdom Hearts’ roots, not shying away from that distinct artistic charm that made the games so gorgeous to look at in the first place.

Set to release in Japan on January 25, 2019, in Japan, and on January 29, 2019, elsewhere in the world, we can’t wait to get our hands on Kingdom Hearts III. Until that date, however, you can find even more details out about the upcoming title via its official website.