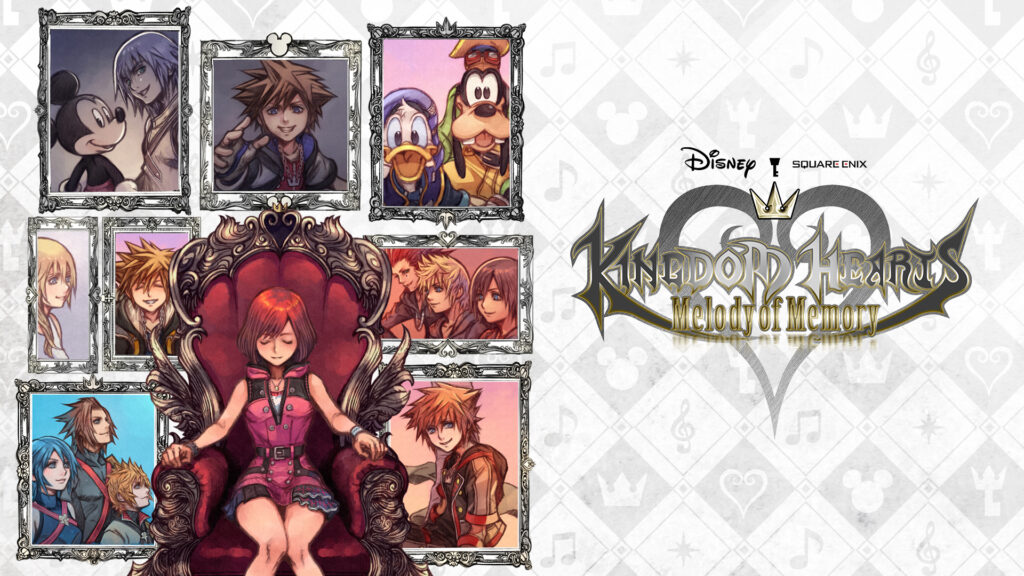 While most of these story changes are welcome and sets up an exciting future for the series, it does leave me with one major concern. Kingdom Hearts: please don’t sideline Kairi again.

This article contains major spoilers for the Kingdom Hearts franchise,
including Kingdom Hearts: Melody of Memory. You have been warned.

The story of Kingdom Hearts: Melody of Memory picks up right where the Re:Mind DLC of Kingdom Hearts 3 left off, with Sora missing in action after using the Power of Waking to save Kairi. The game uses the search through Kairi’s memories, hinted at the end of Kingdom Hearts 3, as an excuse for the game musically revisiting older titles, making for a fun, alternative retread of the franchise as they search for clues on Sora’s location.

Kairi ends her journey in The Final World. Here, she encounters a visage of Xehanort that informs her that Sora is now in a world beyond the understood realms of light and darkness. After speaking with Ansem, they hypothesize that this is a world beyond reality itself, an unreality, so to speak, a fictional world. Coupled with Riku’s dreams, it’s their strongest indication yet of where Sora is now. 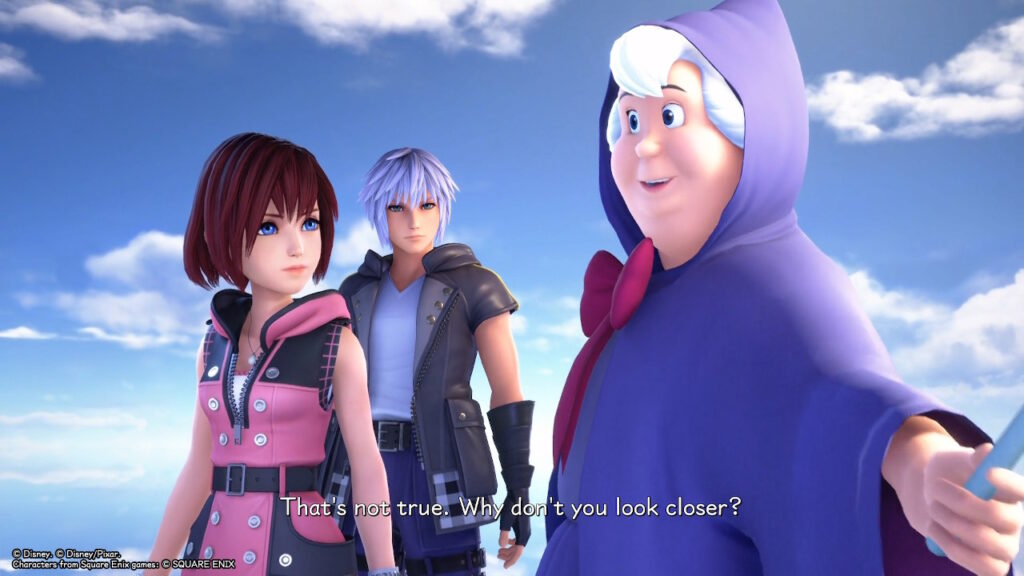 The Fairy Godmother confirms this and notes that Kairi’s memories and Riku’s dreams are two of the three keys needed to reach him in this new reality. The third key is the unnamed star in The Final World, whose true identity is that of a person who escaped from that world and would lose her heart if she returned. She gives this new world a name: Quadratum.

With that, they set about on their journey to save Sora. Riku uses his Power of Waking to visit Quadratum while Mickey searches for clues in Scala ad Caelum. Donald and Goofy go to inform everyone of the news. Kairi… well, she wants to go with Riku, but is told to stay back and continue training with Master Aqua.

The Question of Kairi 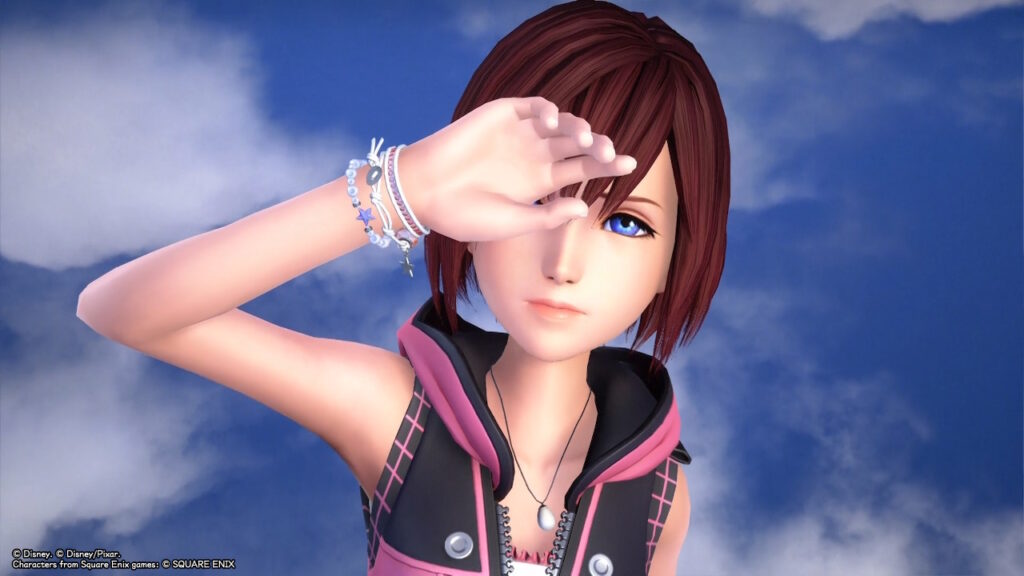 In many respects, this is an exciting new direction for the franchise that opens up many possibilities. Beyond Disney worlds and the original worlds we’ve encountered so far, this sets up the possibility of directly visiting worlds from other Square Enix titles. This is further supported by the many references to The World Ends With You hidden in Quadratum from the end of Kingdom Hearts 3, even outside of the player’s view.

An entire new reality, when coupled with the hanging threads from Kingdom Hearts 3 and the renewed focus on the story of the Master of Masters from the mobile game, leaves a lot on the table for future installments. But what about Kairi? This leaves a sour taste in my mouth.

Promotional materials for the game promised a new canon Kingdom Hearts story centered on Kairi with this new game, and in many respects that’s exactly what we got. Yet, until the very end, Kairi’s story amounts to little more than paragraph-long summaries of the story so far, and as soon as she gets the chance to act, she’s held back as Riku becomes the center of attention. Kairi wants to help Sora, but isn’t allowed to go. She is sent off to Master Aqua, without even being allowed to help Goofy and Donald. 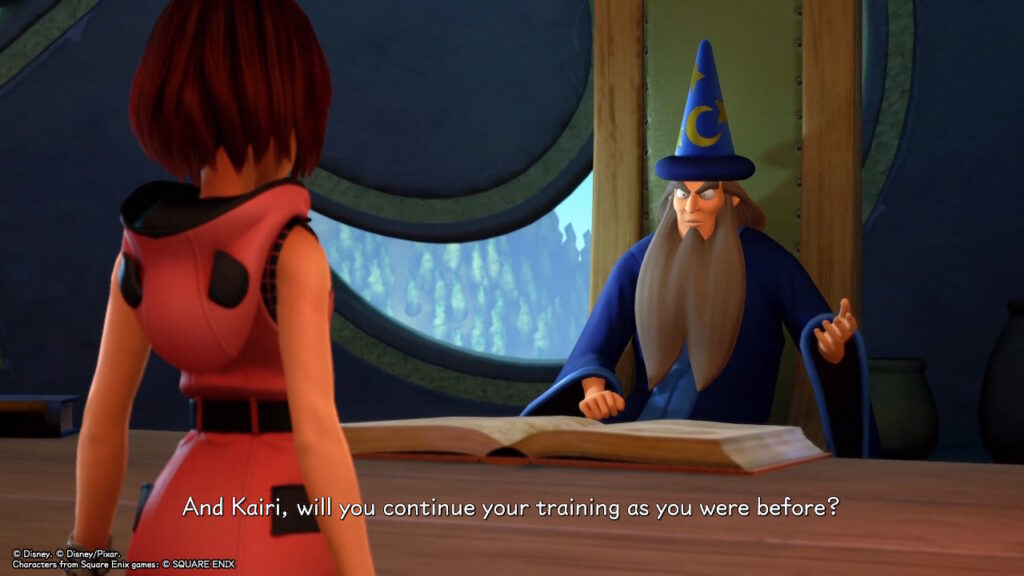 Many complaints surrounding Kingdom Hearts 3 center on the handling of Kairi’s character. Despite getting her own keyblade in Kingdom Hearts 2, she’s been mostly overlooked, and in Kingdom Hearts 3 she was sidelined for training with Lea before being turned into a damsel in distress in the battle at the Keyblade Graveyard. Now, she’s being forcibly told to stand back from the action as Riku once again takes center stage.

Kairi has always been in the franchise’s peripheral, despite her importance to the plot as a Princess of Heart, a love interest to Sora, a Guardian of Light, and a keyblade wielder. Her character has been left to watch on as her friends fight for her, or she’s been in need of saving as was the case in Kingdom Hearts 3. Even with the promise of her own title, her actions are limited before being brushed aside. 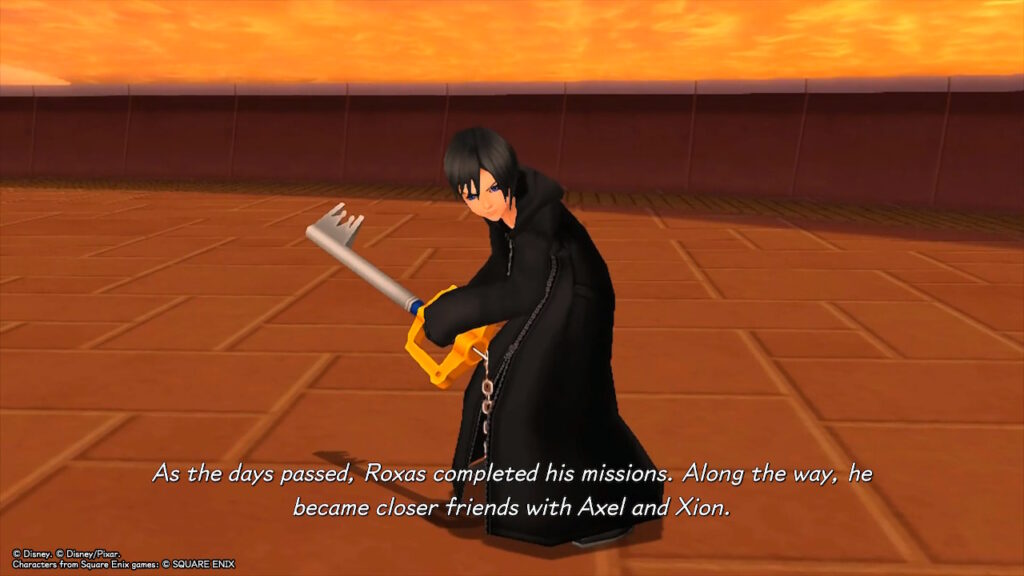 Kairi has mostly served as a plot device with little agency, even as characters like Namine and Xion, made from her memories, have been more active and exerted more influence on their own destiny.

Where things go from here for Kairi’s character is crucial to the series’ future. Kairi’s repeated damselling and sidelining has become an unfortunate pain point in an otherwise-meaningful and engaging story, and feels outdated. A future title centered on Aqua and Kairi training, similar to Dream Drop Distance, could be great at fleshing out her character and moving her away from this role, later jumping in to save the day if Riku gets in trouble in Quadratum. That could mark a major and mostly welcome shift. 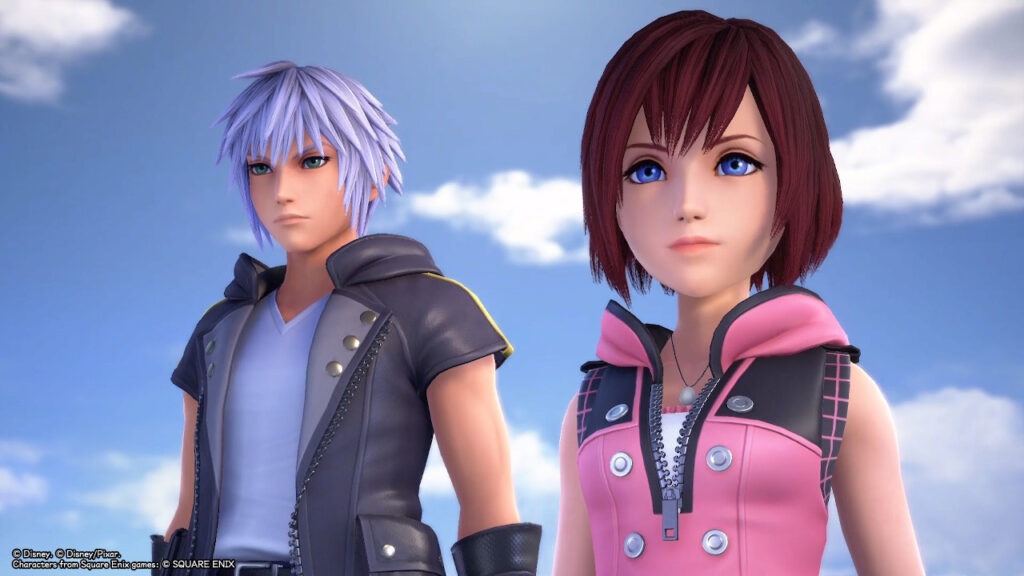