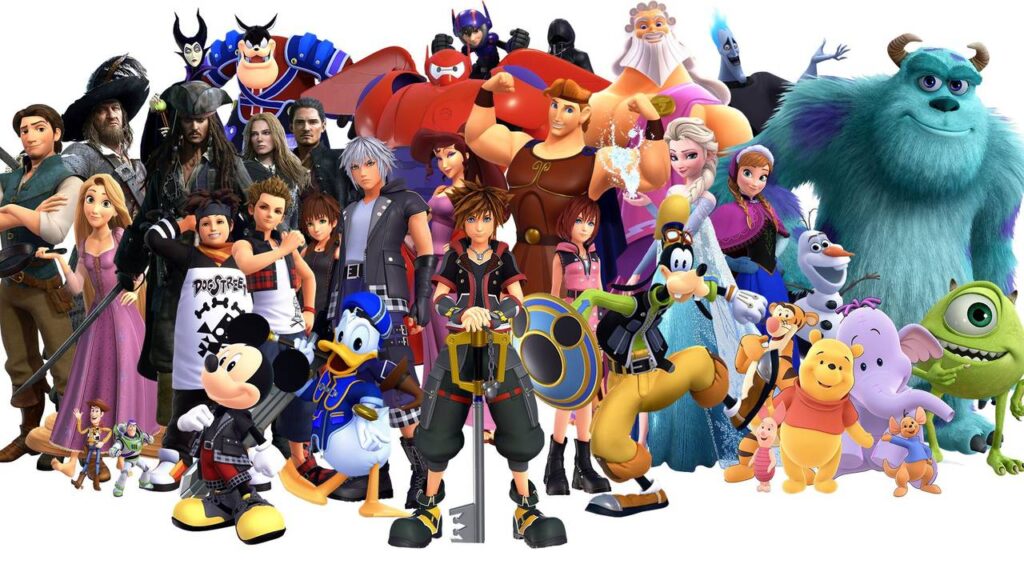 The Kingdom Hearts series is one of those series that made console gamers proud that they were a console gamer and certain that they would never show up on PC. Well, it seems that those days are long gone as Square Enix made the announcement this morning that their collaboration franchise with Disney, Kingdom Hearts, would be hitting the PC on 30 March 2021. It’s not all cut and dry though, as there is one major catch. The games are only going to be available on the Epic Games Store.

Sora is joined by Donald Duck and Goofy, two emissaries sent by King Mickey from Disney Castle, to stop an evil force known as the Heartless from invading and overtaking the universe. Through the power of positivity and friendship, Sora, Donald, and Goofy unite with iconic Disney-Pixar characters old and new to prevail tremendous challenges and persevere against the darkness threatening their worlds.

Also includes Re Mind—the other tale that unfolded during the climax of Kingdom Hearts III. In this additional chapter, Sora travels to the Keyblade Graveyard determined to rescue Kairi and discovers truths that he never before imagined.

Featuring many characters from the Kingdom Hearts Series as playable characters. In some stages, Disney characters will appear as guest members to lend you a hand.

With tracks from both the Kingdom Hearts series and Disney, relive the music of this series with over 140 featured tracks. Battle solo or team up with a friend as you join Sora, Donald, and Goofy to battle the Heartless.

As much as I want to be mad that the Kingdom Hearts titles are hitting the PC… I really can’t. The series is fantastic and there are still so many people who have yet to have the opportunity to try the games. Having it on PC is likely going to give so many more people the opportunity to become fans of the series.