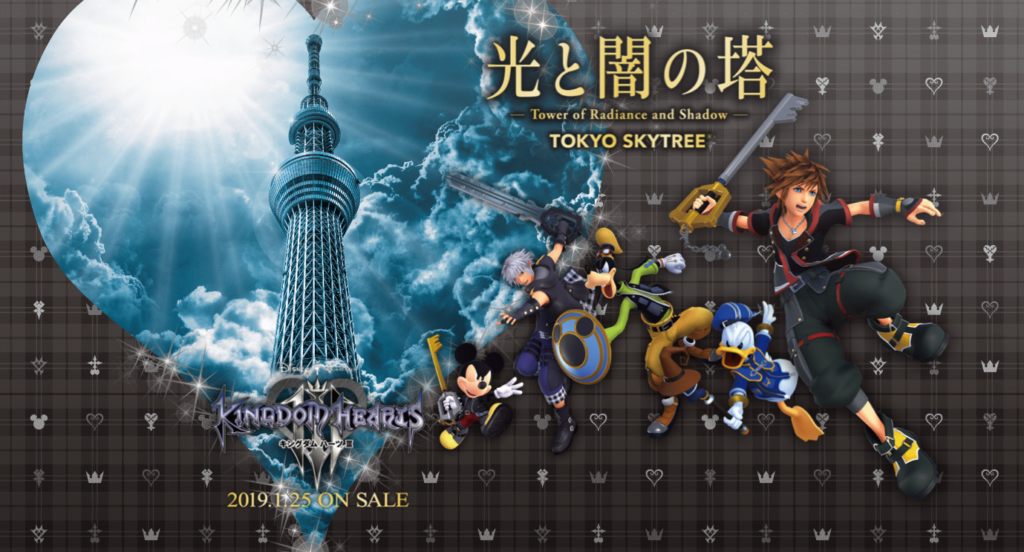 The excitement for Kingdom Hearts III is ramping us as we build towards the titles 29th January release date. The game actually releases 4 days earlier in Japan, with a date scheduled for the 25th of this month, and to promote this game’s launch on PlayStation 4 and Xbox One a special Kingdom Hearts III exhibit is being held at Tokyo Skytree until March 5th.

The ‘Tower of Light and Darkness Tokyo Skytree’ event kicked off yesterday with a special talk show event featuring Miyu Irino, the Japanese voice actor for Sora, and Kanata Hongo, a Japanese actor who’s a big fan of the Kingdom Hearts series. During the event parts of the exhibition were shown off while Irino also spoke of their experiences working on the series since the initial game’s release in 2002. While most of the event saw them discuss many of the elements of the exhibition, when a surprised Irino saw a signed script from his work on the original Kingdom Hearts game on display, he noted that he felt his performances and ability have grown as the series itself has matured over the years. 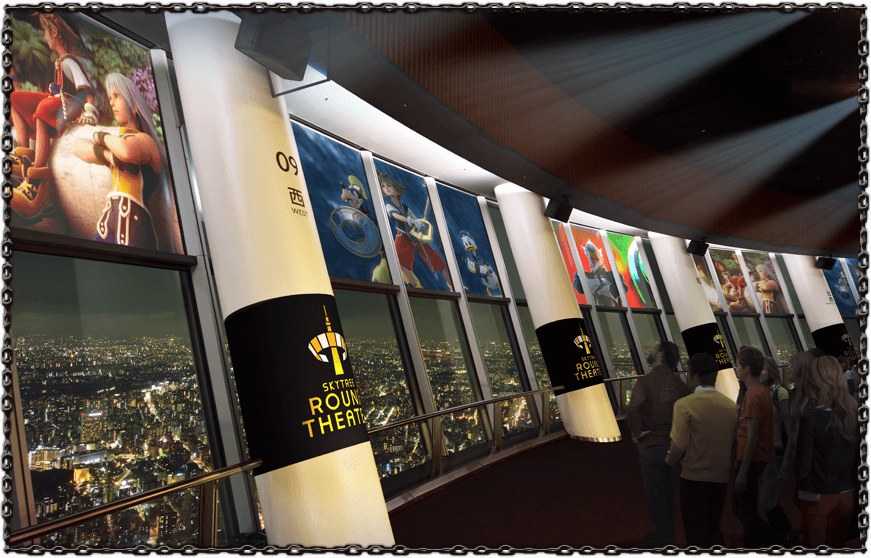 As for the exhibition itself, it promises many exciting things to see for any diehard fan of the series. Every evening at 45-minute intervals, special screens along the top of the glass on the Tembo Deck will display a special music video with imagery from throughout the Kingdom Hearts series matched to the Japanese theme song for Kingdom Hearts III by Utada Hikaru, Chikai. Throughout the deck is various pieces of merchandise from throughout the series’ history, a display of the Kingdom Hearts 3 PS4 Pro that is available alongside the game and a variety of photo opportunities. You can have your photo taken on a throne alongside Donald and Goofy and 3 keyblades sitting side by side in the Keyblade Graveyard. Perhaps most exciting of all is the specially designed Keyblade that will be on display. This Keyblade incorporates Tokyo Skytree itself into the design and looks impressive in its physical replica state. I wouldn’t mind if this were incorporated into Kingdom Hearts III itself, but that doesn’t seem like it will be the case, or at least, nothing has been said about it happening.

While on its own the event seems like a neat experience, viewing Kingdom Hearts memorabilia and more high above the Tokyo skyline, special merchandise will be available in the Tokyo Skytree shop. These include badges, masking tape, clear files, a monochrome handkerchief with Kingdom Hearts iconography, Kingdom Hearts cookies and more. Much of this merchandise, such as the keychain in the design of the special Tokyo Skytree Keyblade, will only be available from the Skytree store, making it a must for collectors.

This event is now open to the general public to attendees of Tokyo Skytree and will run until 6 pm on March 5th. More info can be found on the Tokyo Skytree website.