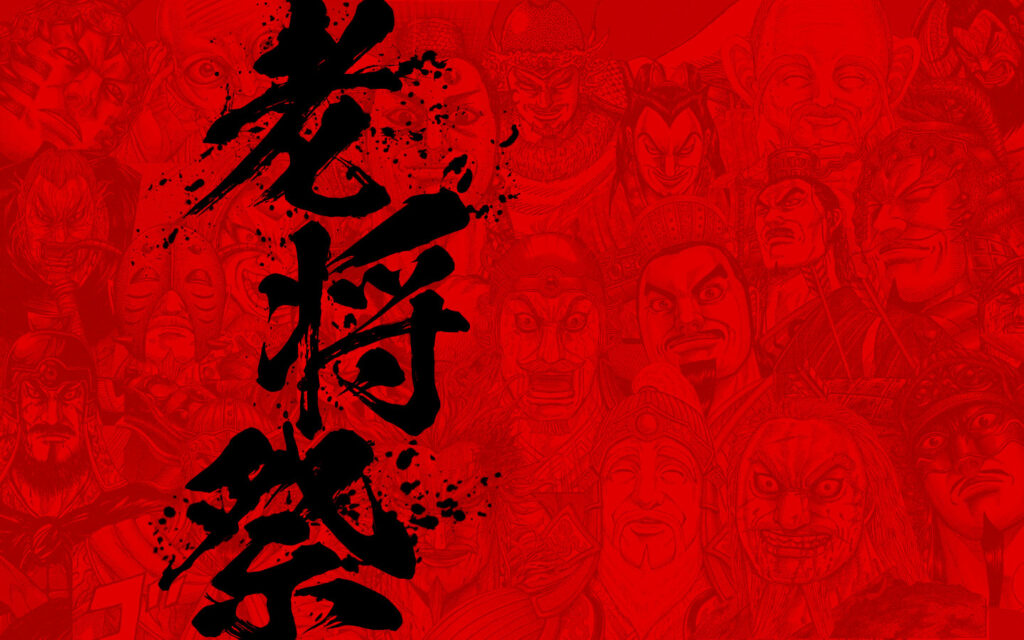 Yasuhisa Hara’s Kingdom manga has unveiled its contribution to this year’s ‘Respect for the Aged Day’: a special website featuring several warriors of old. Celebrated every year as a national holiday, this year’s Respect for Aged Day falls on September 21 and is the reason why Weekly Shonen Jump is on break next week. Usually, the holiday consists of community activities for the elderly and educational programs on TV, but nothing quite like this – still, this Kingdom project is definitely an interesting idea.

In order to check out Kingdom’s celebrations for Respect for the Aged Day, you’ll need to access a special web page via the official website on your mobile. This is because it is all about ‘scrolling’: by swiping through a battlefield from ancient China, you will encounter several of the series’ warlike characters.

A total of twenty-two characters have been selected for the Respect for Aged Day celebration, including some of Kingdom’s most iconic. The fearsome general of Qin Jian Wang (Oh Ki), for example, is all present and accounted for, along with Biao Gong (Duke Hyou) and Po Lian (Ren Pa). You can also access information about them by clicking the button in the top right, as well as read several chapters in which they appear for free.

The Kingdom manga is partially based on the real-life history of China’s Warring States period, although a lot of it has been fictionalized. Still, a lot of the characters share names with real figures from Chinese history – Po Lian, for example, was a real general for Zhao in the third century BC – so it stands to reason that, if they were alive today, they would be very old.

Is this it? Is this the point of Kingdom’s Respect for the Aged project? I honestly have no idea, but it is quite entertaining to imagine a Japanese ojii-san feeling respected from this.

Furthermore, Kingdom will be taking over JR Shinagawa Station as part of the special campaign. Starting September 21, images of the twenty-two characters will be displayed around the station until September 27. Make sure to check it out if you’re in Japan, and fans overseas can keep their eyes peeled on the official Kingdom Twitter account for photos in the coming days.