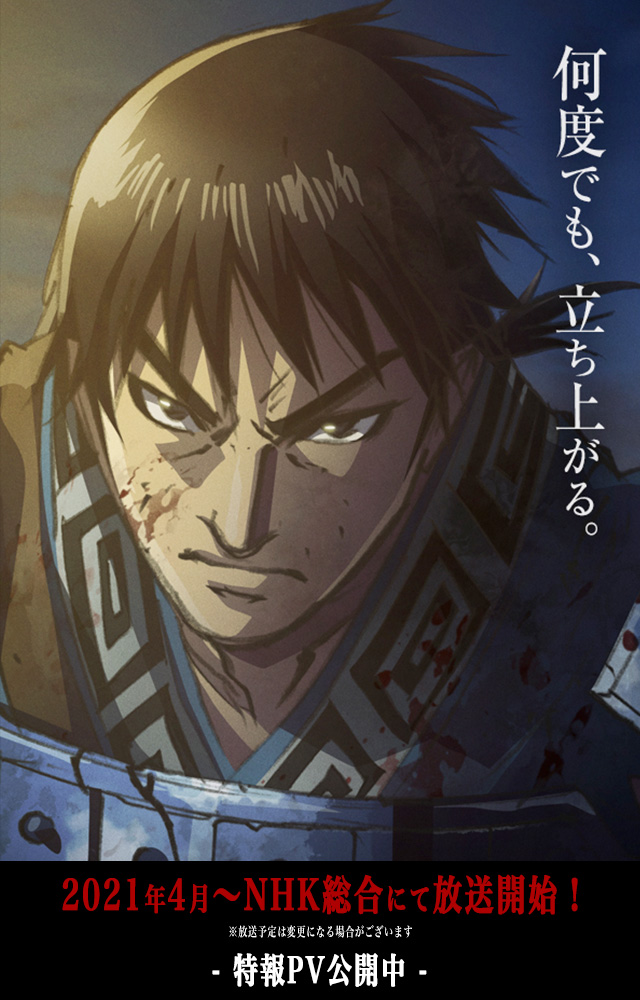 The producers of the anime series Kingdom released a new PV and visual for its third season on Sunday evening. The series will resume in April 2021.

The heroic ‘Indomitable Shin’ glares at the viewer in the video, which was released on Twitter and YouTube:

The historical anime takes place during China’s Warring States era (roughly 475-221 BCE) and features a fictionalized version of the very real Great General of the period, Li Xin (or Shin in Japanese). Kingdom is based on a manga by Yasuhisa Hara.

The anime series began in 2012, followed by a second season in 2013. Although it has been several years since the second season, here we have the continuation of the original story, rather than a reboot or a remake.

The third season of the anime series began in April 2020. However, not even ancient Chinese warlords can stop a pandemic, and the producers soon announced that the series would have to pause. It took several months, but the series announced in October that it would resume on NHK in 2021, starting with Episode 5. You can see the new Kingdom visual here.

Morita Masakazu (Ichigo in Bleach) plays Shin; while Jun Fukuyama (Lelouch in Code Geass) is both Hyou and Ei Sei. Studio Signpost and Pierrot are doing the animation for the third season.

Kingdom is available on Funimation.