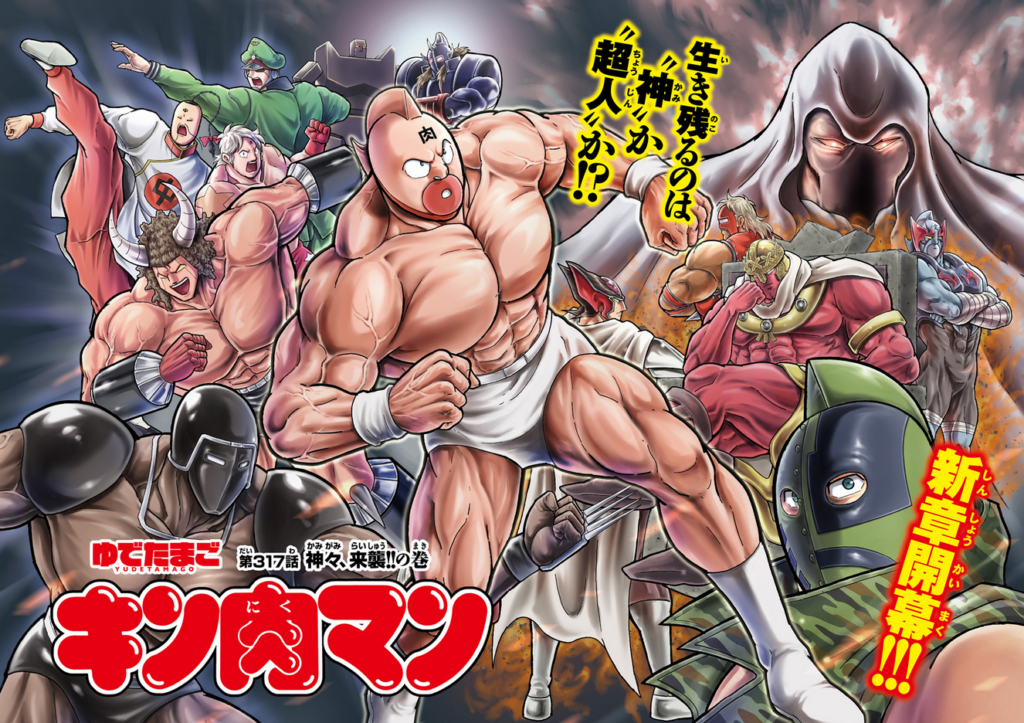 Yudetamago’s iconic Kinnikuman manga series is starting anew in the pages of Shueisha’s Weekly Playboy, finally returning to print publication after several years out of the game.

The first chapter of the new series, centering around a clash between the series’ many “supermen” and “the gods of harmony,” was published on August 17 in issue no. 35 of Weekly Playboy. 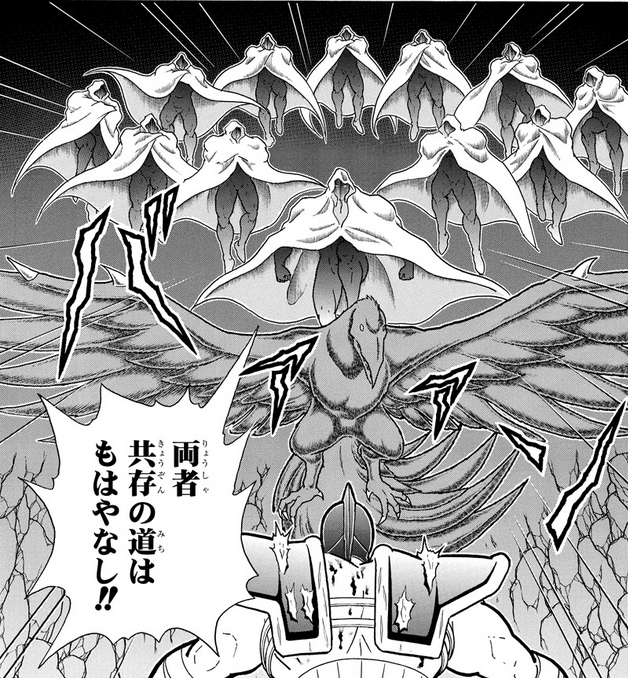 Previously, Kinnikuman had been published exclusively online, via Weekly Playboy’s website, after moving from the print magazine for the second half of its “Ultimate Supermen Tag” arc. This was in itself precipitated by the series’ move from Weekly Shonen Jump in 1987, after shifting decisively away from comedy and towards action over the course of its run.

With Kinnikuman starting a new series in Weekly Playboy, you might be tempted to pick it up. You can do so via the Playboy website, as it will continue to publish there as well as appearing in the print magazine. Yet, the quality of Yudetamago’s series is questionable, and its publication in Playboy makes clear its real target audience: older men wanting a short injection of nostalgia. Still, you’re free to give it a go. 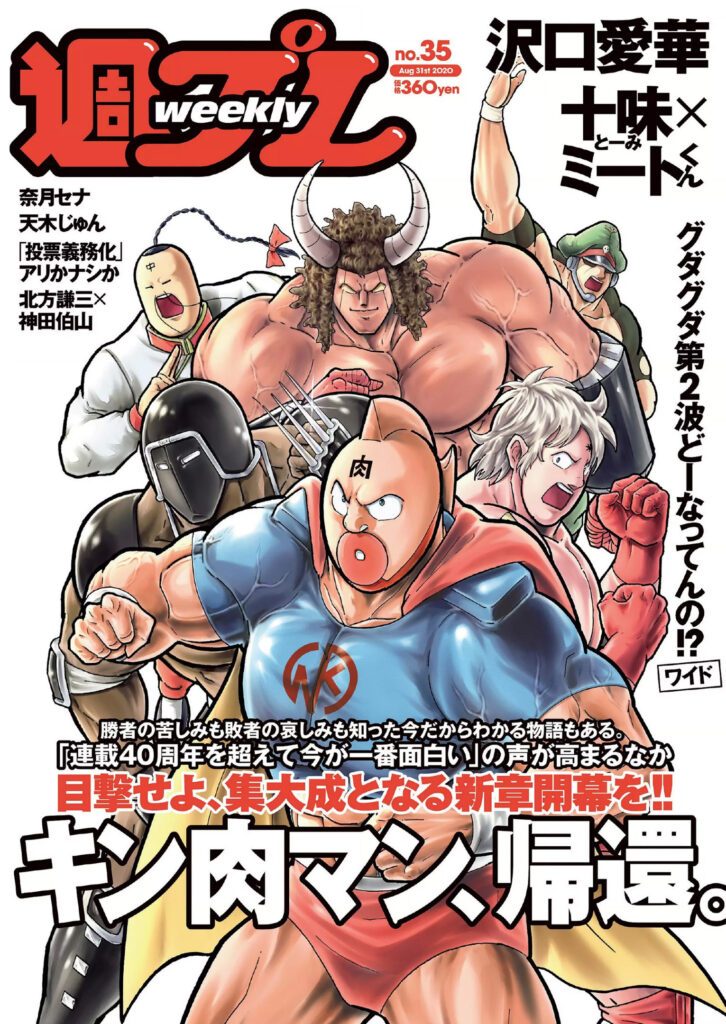 What’s more interesting here is the fact that Kinnikuman is returning to print for the first time in nine years. For a series that began in Weekly Shonen Jump in 1979, it has languished in obscurity on the Playboy website ever since 2011, which hardly seems like an appropriate place for such an iconic series. However unrefined it may be, you can hardly dispute the effect it has had on the landscape of Japanese pop culture.

Furthermore, there must be some sort of rationale behind bringing Kinnikuman back to print. Was there a space available in the Playboy line-up? Has the series experienced a sudden boost in popularity? I wonder. Not that it matters, anyway, as Kinnikuman’s legacy is secure – appearing as he does in video games, fashion, and even protein powder.