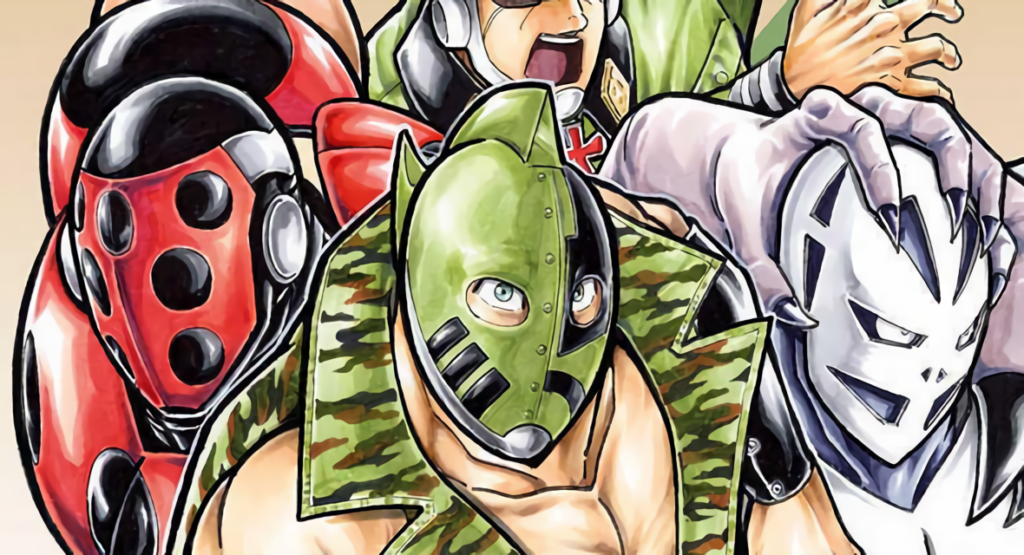 The Kinnikuman authors and the Weekly Playboy editorial department have published a lengthy statement hitting out against spoiler images of the series being posted online, following its return to print publication after nine years. While there is a fair bit of posturing and reminiscing about ‘the good old days,’ the statement does contain some valid points that deserve to be taken on board by the manga-reading community as a whole.

In the statement, Kinnikuman duo Takashi Shimada and Yoshinori Nakai – who publish under the pen name ‘Yudetamago’ tackling story and art respectively – talk about how while they have undoubtedly benefited from the current social media environment, it is “both good and bad.” For example, while there have been many people who have been turned onto the series thanks to word of mouth on social media, it also allows for very easy circulation of an author’s work.

What’s more, for all of the good feedback that they get via social media – finding “motivation” in user comments – they are also worried about the effect that spoiler images and text might have on the reading experience.

For their part, the Weekly Playboy editorial department agree wholeheartedly. In fact, they remind users that uploading another author’s work is actually against the law, punishable as a criminal offence, except when it is used for “reference” and other such cases.

Of course, tracking down and punishing every Twitter or 2channel user who posts a Kinnikuman spoiler is an impossible task, so this is limited to posturing for the moment.

Furthermore, there is a hint of reminiscence for ‘the good old days’ in Yudetamago’s words: they talk about you used to have to run to the bookstore every Monday to read Weekly Shonen Jump (where Kinnikuman was serialized for many years), otherwise you wouldn’t be able to “join in the conversation” at school. That just simply isn’t the case any more.

Nevertheless, it is my belief that this statement on Kinnikuman spoilers comes from a good place. There is no doubt that coming across a spoiler can ruin the reading experience for certain fans, and social media definitely makes this easier than ever. For my part, when it comes to Weekly Shonen Jump, I am forced to avoid Twitter every Sunday evening due to the abundance of spoilers being posted on the timeline at that time. This is because I do not read Jump until Monday for my column, so I definitely get where Yudetamago is coming from.

What are your thoughts on spoilers? Can they ruin a series for you? Let us know via social media or our Discord server, linked below.