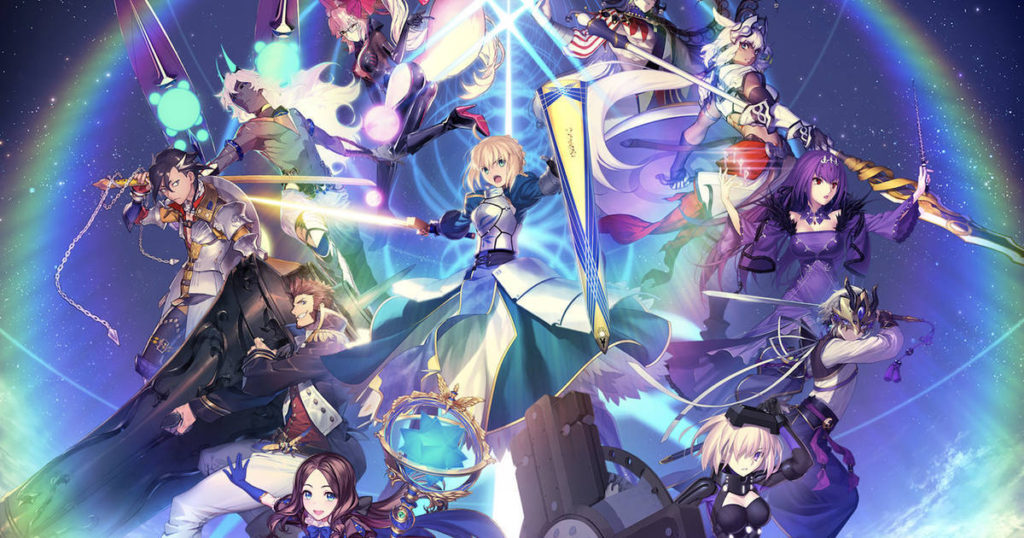 It’s been nearly four years since Fate/Grand Order took the mobage world by storm upon its launch in  2015, and the end of last year even saw it become the number one mobile game in the world in terms of sales. But in the midst of this success, it would seem that TYPE-MOON’s involvement with the project might be winding down to a close, as a recent interview with studio founder and original creator of the Fate series Kinoko Nasu revealed.

Nasu has been serving as the overall story supervisor for the game ever since it’s launch and was originally brought on to the project by Aniplex producer Iwakami Atsuhiro. While his involvement with the story hasn’t always been obvious, with the beginning sections of the story remain remaining relatively light-hearted and inconsequential, once the game entered it’s second “act” Cosmos in the Lostbelt in 2017, things began to become more complicated as Nasu became more directly involved with the direction of the story.

Yet in the interview, Nasu stated that “In terms of the plot I’ve prepared, act two is where I plan to end it. So until the end of act two, I want to do everything I want to do.” This would suggest that Nasu’s involvement with the story will be coming to an end after act two, precisely the thing he seems to have the most involvement with. Or at least, that’s the plan – Nasu later admitted that he might do more arcs if there’s anything he wants to do, but his intention is to do everything he wants to do now, before the end of act two.

That’s a pretty hefty statement from a pretty big name in regards to a fairly massive project, so naturally, the interviewer was surprised. In response, he asked “Has Aniplex given the OK?,” to which Nasu replied “Of course.” That being said, it’s not like there’s no contingency plan – rather, Nasu said that he has been trying to “teach” the current writing team to write like him by utilizing the structures and ‘gimmicks’ he has utilized during the story. Even so, even the most faithful of forgeries can’t live up to the original – I have no doubt that Nasu’s departure will have a huge impact on the game on the whole.

Many fans of the game will no doubt read this and despair, and Nasu is more than aware of this. He admitted that “What I’m scared of is players telling me that ‘I want to see more’.” But he cites his own experience with the game Final Fantasy IV as a child, whereupon getting to the end he felt exactly the same kind of frustration. Such a feeling is, according to Nasu, natural and almost unavoidable. After all, all good things must come to an end.

But I, for one, couldn’t be more excited at the news. While I have enjoyed the recent improvements in Grand Order’s story due to Nasu’s influence, his work on the game since it’s launch has meant that he hasn’t been as active with other projects as he once was. According to Nasu, “half” of his time is taken up by Grand Order, a figure which no doubt increases during crunch time. Therefore, once he’s finished with Grand Order, he’ll no doubt have much more freedom to pursue newer, more exciting projects than simply creating more stories in the Fate universe.

The question is, however, in what form will these projects appear? Now that Nasu has worked as part of a large team on Grand Order, will he be able to go back to the relatively small team of TYPE-MOON and continue to write stories there? Or will he be comfortable in supervising another AAA game project? Throughout the interview, Nasu frequently mentions Danganronpa V3 – a title headed by another visionary artist in Kazutaka Kodaka, who collaborated with Spike Chunsoft to make the project. Perhaps he will follow in Kodaka’s footsteps?

Either way, we probably have a while to wait and see. It took nearly two years for act one of Grand Order to end, and that was pretty light on story. The current Cosmos in the Lostbelt arc is planned to have four chapters along with its prologue, the third of which was recently overseen by Gen Urobuchi. Three are currently available in-game, and it’s not clear when the next, final chapter will release.