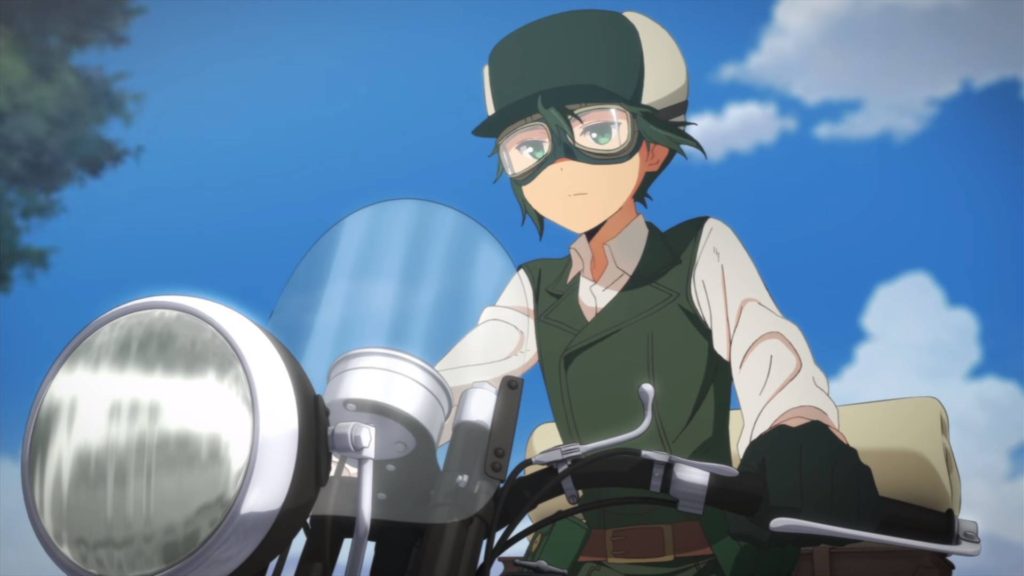 If you were to ask me just three months ago about which light novel series I thought would be getting the anime treatment next, Kino’s Journey would not have even be near the top of the list. Keiichi Shigusawa’s has been writing the beloved series since 2000, and the number of officially-released volumes has recently checked-in at 20. When it first received an animated adaptation in 2003 by the creative team at Studio A.C.G.T, it rapidly garnered a cult-like following amongst the masses.

I distinctly remember the first time I ever laid eyes on the first Kino’s Journey -the Beautiful World- anime; simply being taken aback with just how mesmerizing the whole series was. The characters of Kino and her talking motorbike Hermes were the perfect eyes through which to view a desolate, and somewhat lonely world. The atmosphere, coupled with the relaxing music and interesting theme wherein Kino never stays more than 3 days at any given locale in fear of growing the desire to settle down, well, it hooked me from the get-go. And now, more than 13 years later, we’ll finally have the chance to experience that magic all over again.

Tomohisa Taguchi (Persona 4 The Golden Animation, Twin Star Exorcists) will be handling the directorial duties, while vocalist Nagi Yanagi will sing the show’s opening and ending theme songs. The series is being animated by the team at Studio Lerche, with an October 2017 premiere date.

You can count on us to bring you the latest news for Kino’s Journey -the Beautiful World- the Animated Series, but do keep an eye on the official website here for more tidbits as they are revealed, including additional video footage and character art. In fact, if you click through right now, you’ll find a special character drama clip parodying this week’s Comiket event under the “Special” section!