Kirby Fighters 2 Dropped Out Of Nowhere on Nintendo Switch 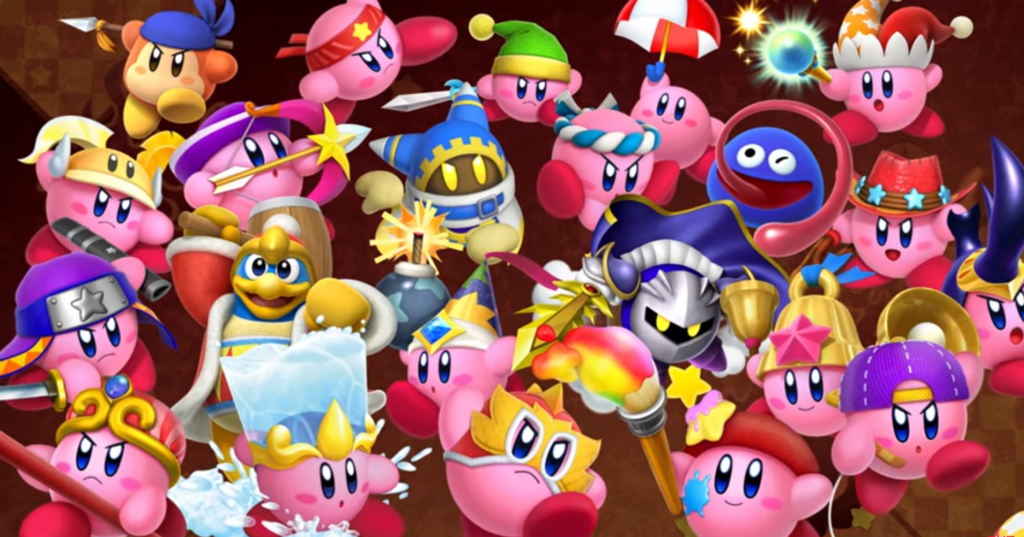 As I was going to bed yesterday, which admittedly wasn’t a full eight hours before writing this article, I saw slightly ambiguous listings for Kirby Fighters 2 crop up on Twitter. With no official announcement yet, some fans were wondering if another first party Nintendo Direct was on the horizon. Being an Switch eShop exclusive to a 3DS eShop exclusive, we assume Nintendo decided to skip the fanfare and make a bigger splash by dropping the announcement, the first trailer, and the whole damn game at the same time! That’s right, if you’re already finished Super Mario 3D All-Stars and need something to do on your Switch, Kirby Fighters 2 is here for you.

As the name suggests, Kirby Fighters 2 is a fighting game starring everybody’s favorite gluttonous pink puff Kirby. However it doesn’t just star one Kirby, but a large swathe of his enemy based transformations from games over the years, with Meta Knight, King Dedede, and a few others thrown in totaling up to 22 characters for your trouble. An entire new Kirby, Wrestler Kirby, makes their debut in this  Nintendo Switch eShop exclusive fighting game. With a battle mode, online play, and a story mode for just $20 this will provide hours of entertainment for a minimal financial investment.

Kirby Fighters 2 more or less plays like a completely kirby-fied and truncated version of Smash Brothers and if you’re content sinking 100s of more hours in ultimate this may not be a necessary game for your collection. However the Smash style bashing translates quite well to Kirby’s world of simple yet dignified powers and getting another Kirby Fighters entry doesn’t hurt anyone. With the 3DS officially discontinued, we’re happy to see lighter 1st party content makes its way onto the switch as we still need to pad some of these quarantine hours out.

You can Kirby Fighters 2 on the Nintendo Switch eShop now.