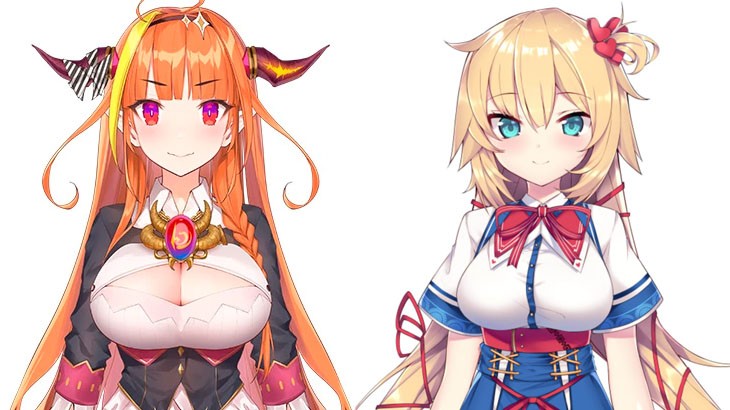 You only need to take one look at the situation in the US in regards to China to see the delicate balance between business and politics. The value of the Chinese market inevitably means that certain businesses will follow restrictive political censorship rules set by China in order to gain access to it. Cover, the parent company behind Hololive, are attempting to expand their network of VTubers into China, which is why it caused issues for the company when Kiryu Coco and Akai Haato mentioned Taiwan on a livestream.

First, some context. After World War II, Taiwan became a colony of China when Japan relinquished control over the region following their surrender. By 1949, the Kuomintang government that once had power ceded control to the Communist Party, with this government fleeing to Taiwan and declaring themselves independent of mainland China. Since then, the two countries have maintained hostile relations, with mainland Chinese media having strict censorship rules on referencing Taiwan. 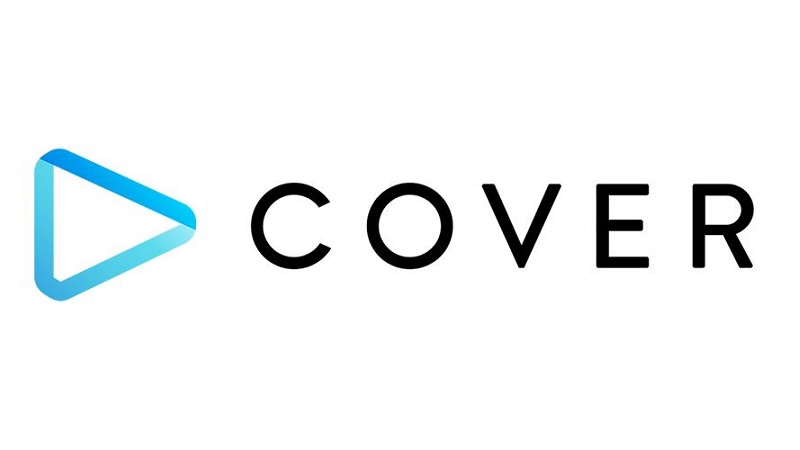 VTubers are growing in popularity in China, with the company operating a VTuber team in the country similar to the recently-launched English Hololive team the company just launched.. These operations are in contradiction to the actions of Kiryu Coco and Akai Haato mentioning Taiwan during their livestreams. Although the pair were simply referring to their YouTube analytics, these analytics refer to China and Taiwan as separate entities which angered the Chinese government, and led to censorship of Hololive in retaliation.

Cover decided to act, stating that the pair ‘divulged confidential YouTube channel analytics information’ and ‘made statements that were insensitive of certain regions’. As a result, activities for the pair were suspended for 3 weeks. Many viewed this as an unfair punishment for discussing analytics, and the situation was made worse by an alternative statement made to the Chinese market that noted the company’s commitment to the One-China Principle that aims for a reunification between China and Taiwan.

Since this statement on September 27th, the company have further commented on the situation. Although the suspension remains in effect, this statement apologizes for the ‘confusion’ caused by releasing differing statements on Kiryu Coco and Akai Haato’s mention of Taiwan inside and outside of China, while noting Hololive’s decision to act was in response to threats of harm being sent due to their actions. 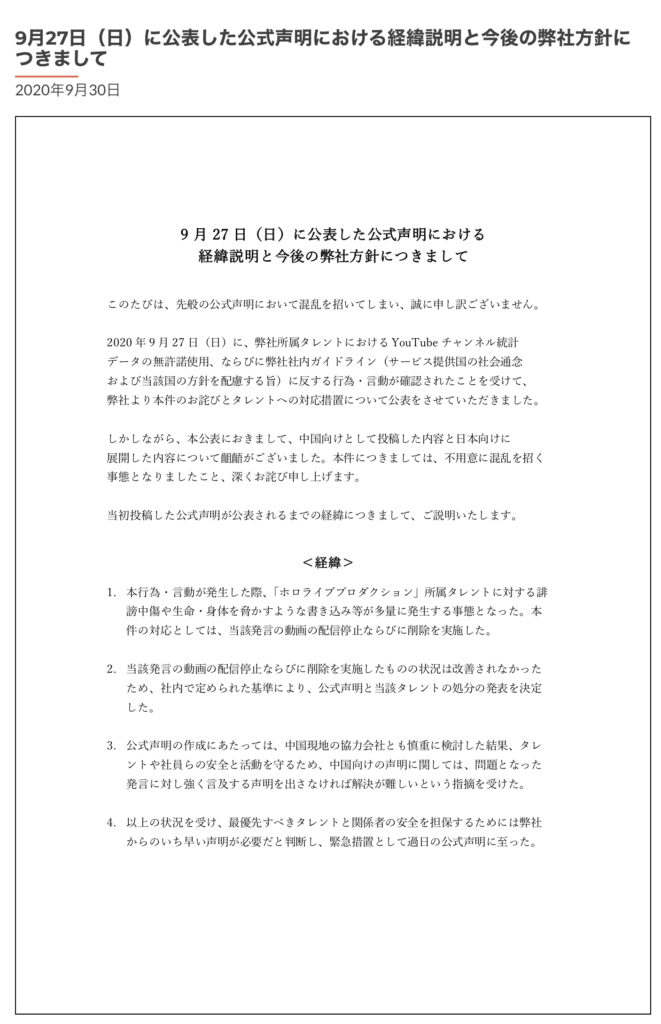 The company affirmed that they will continue to offer services ‘to each country and territory in accordance with its laws, social norms, common wisdom, and the stance of its current government’. It should be noted, however, that this statement hasn’t been released to the Chinese market.

The worldwide reach of Hololive puts these creators into situations they normally wouldn’t have to deal with in day-to-day life. Should the management team at Hololive be doing more to protect their talents from situations like this, whether by informing them of what they can and can’t say or standing up for these creators in the face of controversy?

Whether a company should take such a non-committal stance in regards to this situation in order to earn more money is up for debate. Regardless of views on the matter, this controversy puts a spotlight on the growing VTuber industry and the measures in place to protect these creators from the harassment and controversy they will come under as public figures on the internet.