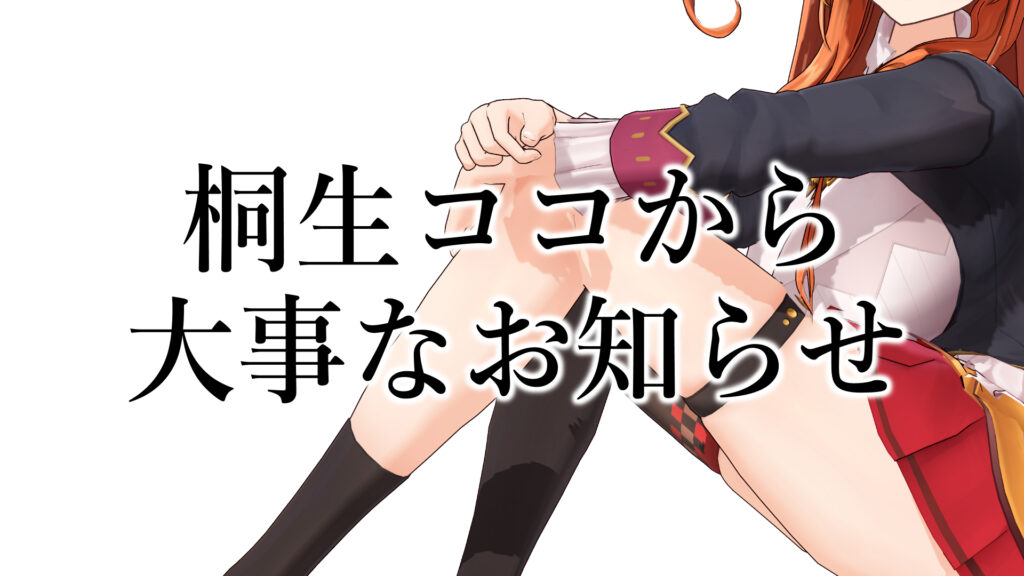 In a move that seems like it came out of nowhere, popular hololive VTuber Kiryu Coco announced today that she will be graduating from hololive.

I have to say, watching the announcement video was kinda difficult. You can tell that she doesn’t really want to graduate from hololive just by the way that she was acting. She clearly wasn’t her normal self. In the chat, it was translated that there were ‘many reasons’ for her graduating but these reasons she couldn’t and wouldn’t go into. This could mean a load of different things.

Upon the announcement, her agency COVER Corporation put out an official press release which states the following;

Thank you for your continued support of hololive production.

We hereby announce that on Thursday, July 1, 2021, hololive 4th Generation talent Kiryu Coco will be graduating from VTuber group hololive.

We wish to extend our deepest apologies to all the fans and collaborators for this sudden announcement, as well as our heartfelt gratitude and thanks to everyone who supported her activities for the past two years.

We as a company are saddened by her decision to leave, but after much deliberation between both parties, we have decided to honor her wishes.

Please check our official homepage and the press release for information regarding her upcoming graduation event and merchandise, along with her upcoming schedule.

In light of Kiryu Coco’s graduation, we will be opening an extended period in which fan mail and presents for her will be accepted.

In addition, her channel membership and members-only content will continue to be available for three months after her graduation.

・Fan mail and presents acceptance period: must arrive on or before Monday, July 14

We hope you continue to give Kiryu Coco and her activities your full and unwavering support in this remaining short time until the day of her graduation. 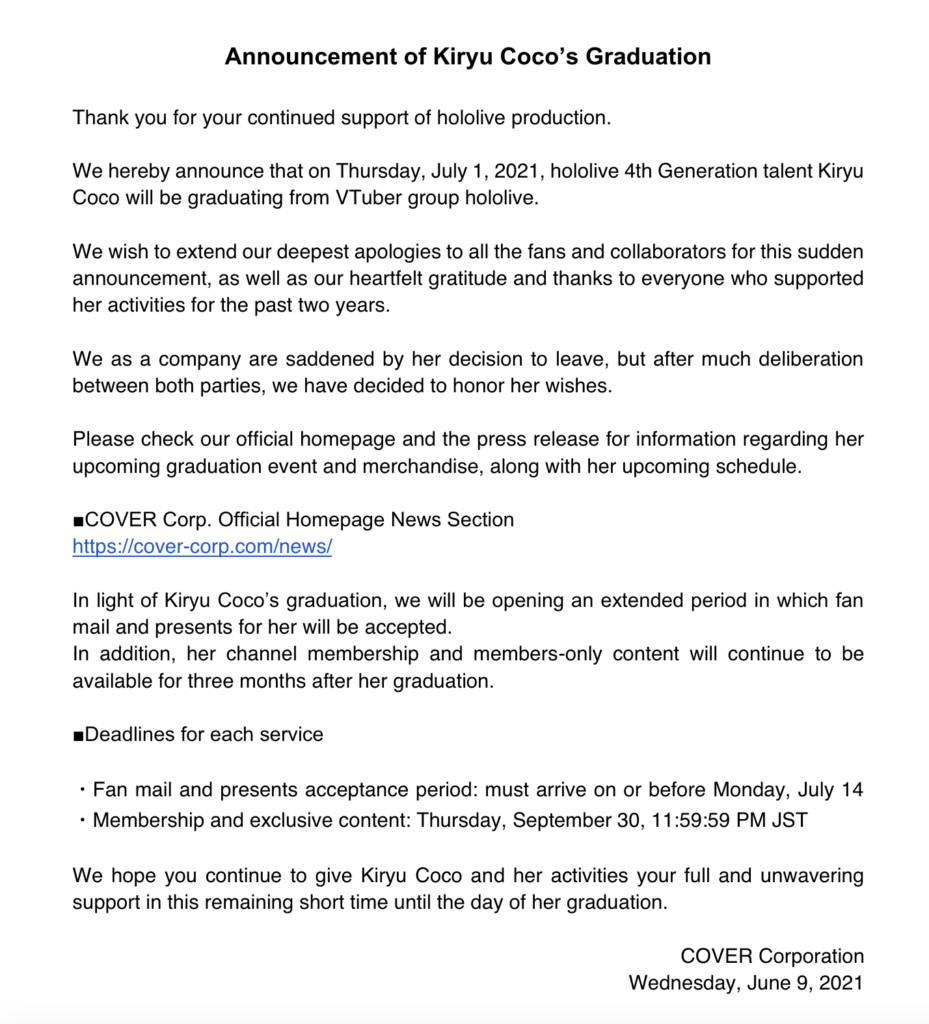 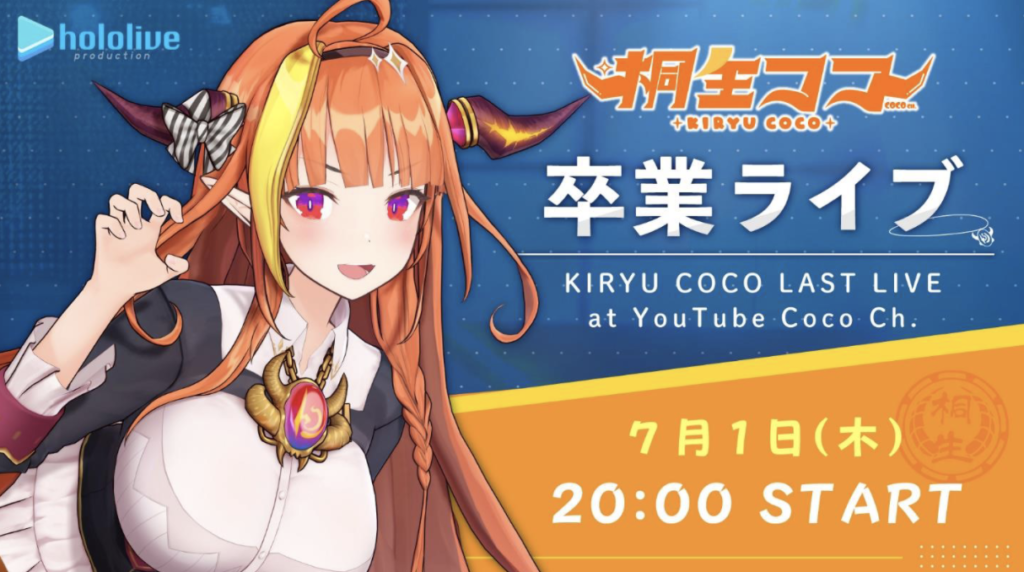 It was also announced that Kiryu Coco will be having a final live performance on 1 July 2021 at 8 p.m. JST on the official Coco Ch. YouTube channel.