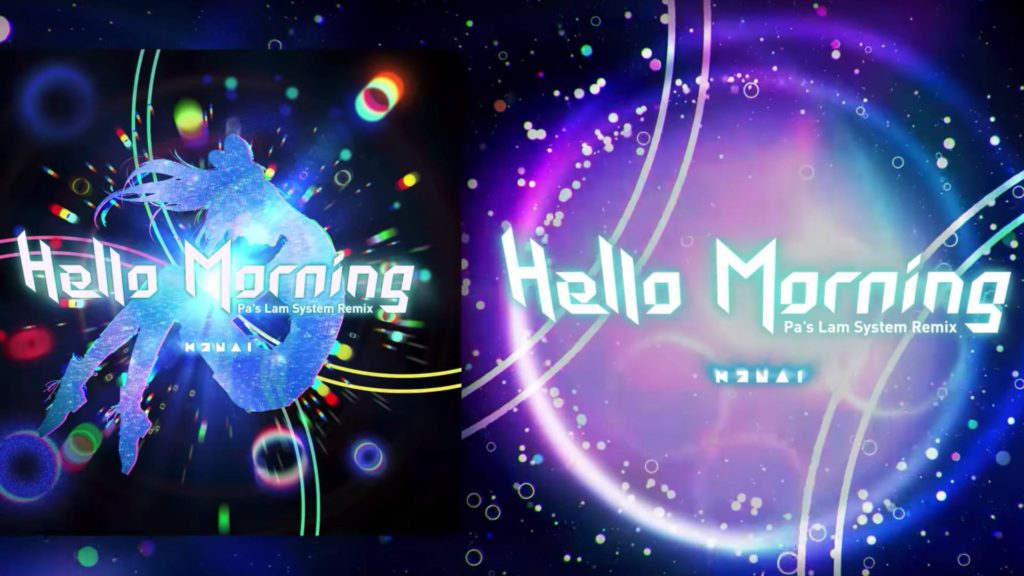 While there’s absolutely nothing that could replace Nor’s incredible production work on Kizuna AI’s debut song release, “Hello, Morning”, I’m more than capable of appreciating a good remix. Up until now the go-to remix for this was Assertive’s incredible hardcore bootleg from back in July, but now Kizuna AI’s come back with an official remix of her own, this time calling on none-other than three-person electronic unit Pa’s Lam System to add their signature frantic spin to the track.

Already having taken the crown as kings of the Tokyo club scene, there’s no doubt in my mind that Pa’s Lam System’s frantic new remix of “Hello, Morning” will be taking over just about every event before you know it. Between the bouncy rhythm provided by the trio and Kizuna AI’s infectious hooks, there’s definitely a whole lot to enjoy on this one, though I do wish Pa’s Lam System could have gone ahead and done an entirely original track instead of a remix.

Marking the fifth of eight releases from Kizuna AI before her massive “Hello World” live shows in both Tokyo and Osaka, it’s been an incredible past few weeks for fans of Japan’s burgeoning electronic scene, as well as fans of Virtual YouTuber’s as a whole. With tracks produced by Taku Takahashi, De De Mouse, and sasakure.UK still to be released, there’s absolutely a whole lot more to look forward to. Until then, be sure to keep up to date with our full archive of Kizuna AI-related coverage, here.