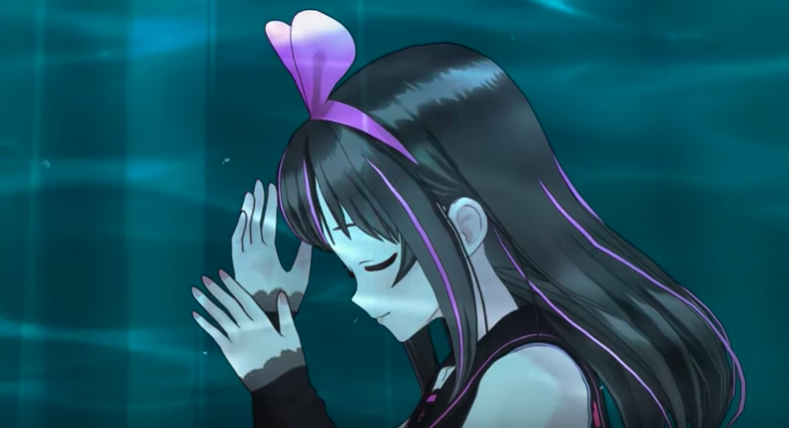 How frightened of technology are you? Frequently, developments emerge that eventually change the way people go about their days, and thinking about where the world will be in the near future can be a brain-scrambling experience.

Just for comparison sake, give Yonezu’s versions a listen below.

Kizuna AI is, for all intents and purposes, a digital character capable of doing anything. While a voice actor generates her voice and another human captures her movements, she can do whatever she wants. So when deciding to give her own rendition of one of the year’s bigger hits, she opted to peel off all the Auto-tune and turn it into a straight-up ballad (though the one twist being this is being crooned by another character within the AI-verse, the Black AI. But c’mon, this is just a palette-swapped version of her, let’s not dwell on that). It’s straightforward and stripped of the digital details that gave Yonezu’s original a submerged feeling — and made it such a shocking J-pop number.

It’s something that carries over to many of her covers — not to mention other virtual YouTubers tackling Yonezu’s songs — and while her original songs carry more of an electronic edge to them, it’s somewhat unsettling seeing a digital character aim to sound so human when the actual person who made the song opts to sound (mostly) more digital. It’s a weird little tension, one probably explained by the fact YouTube covers often choose to show off one’s singing abilities rather than try to put a new spin on something familiar, and an interesting development in the world of 2019.