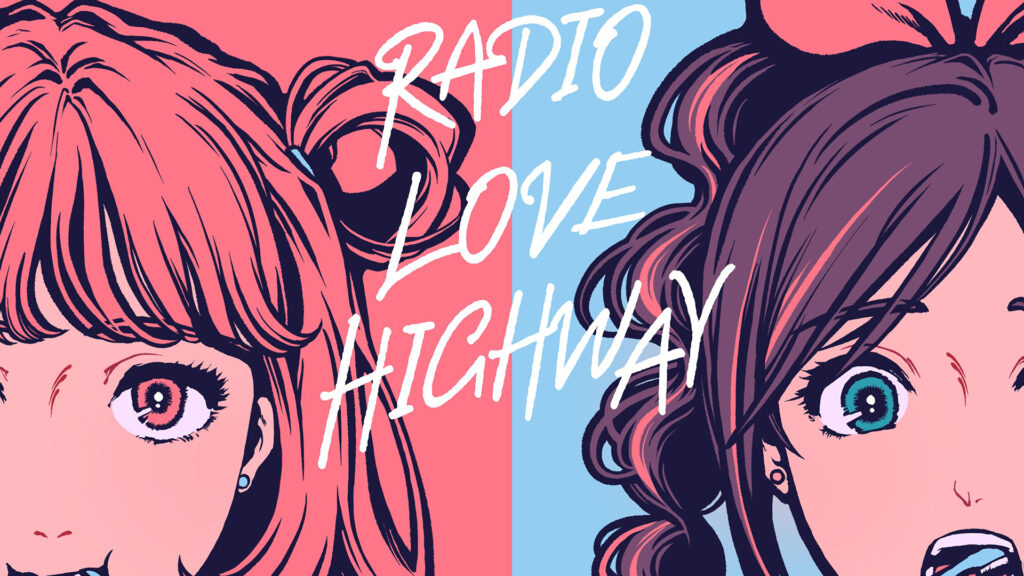 Kizuna AI is no stranger to working with heavy-hitting producers in the Japanese music scene. Her first album included tracks from mainstays like Yasutaka Nakata, ☆Taku Takahashi, and TeddyLoid. Today she adds another name to her ongoing list of incredibly talented producers with a new EP made fully in collaboration with French producer Moe Shop.

The new EP, titled RADIO LOVE HIGHWAY, is a bit of a departure from her previous releases in that this one truly showcases the best of both artists involved. Featuring 2 remixes of previous Kizuna AI hits, a cover of a fan favorite Moe Shop track, and an entirely new song written specifically for the EP, this new release is sure to be an immediate classic.

Starting off with the remixes, Moe Shop has put their signature touch on the tracks ‘Again’ (originally produced by TAKU INOUE) and ‘over the reality’ (originally produced by Avec Avec) providing a brand new sound while paying clear tribute to the originals. While the remix of ‘Again’ isn’t as much of a stylistic departure from the original, it carries a house groove throughout and results in a song you won’t want to stop dancing to. On ‘Over the Reality’ Moe Shop’s style really shines as they transform what was a pure expression of pop into an outright club classic.

Moving onto Kizuna AI’s cover of Moe Shop’s runaway hit track ‘Notice’ (originally performed with TORIENA), and I don’t even know where to begin. On first listen it was an auditory uncanny value situation. Her vocals perfectly compliment the track but also set themselves entirely apart with the way she delivers some of the most iconic elements of the song in her own unique way. I can’t describe it in words, but when you hear it for yourself I assure you that you’ll know exactly what I mean. It’s a cover that refuses to live in the shadow of the original.

Moving onto the final track on the EP, the titular ‘RADIO LOVE HIGHWAY’ is truly the cherry on top for what was already an excellent collaboration. A totally new original track produced by Moe Shop, the title is beyond fitting because my first instinct upon listening is wanting to hop in the car, drop the top, and blast it for everyone to hear on a breezy summer day. Kizuna AI’s vocals marry absolutely perfectly with the funky backing track, creating an infectiously upbeat song that immediately hit my summertime playlist. You also have to love the little lyrical Easter egg that’s hiding in plain sight too (but I won’t spoil that for you here).