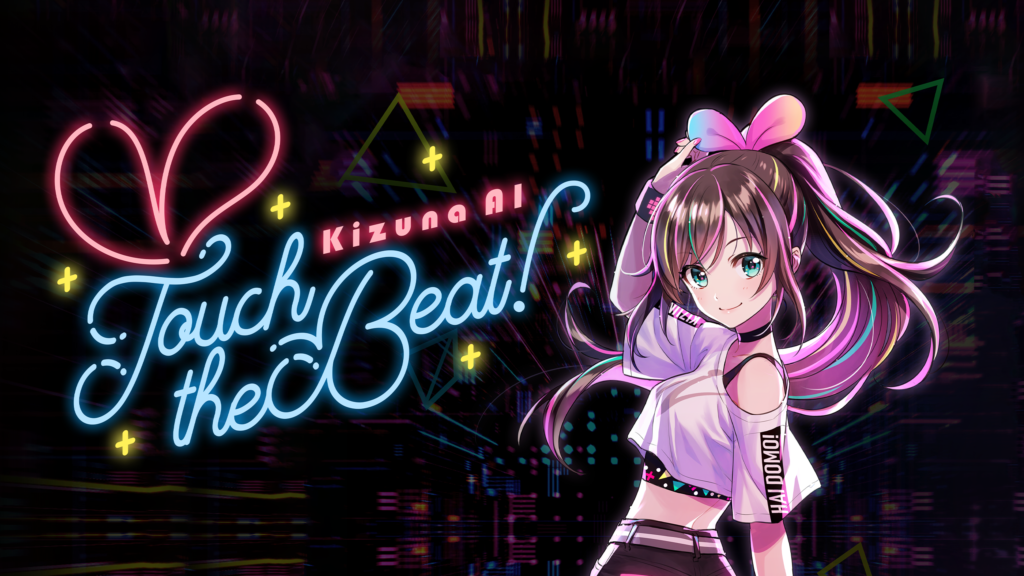 Kizuna AI’s increasing moves from online VTuber content into the music industry has seen her collaborate with big-name music producers like Yasutaka Nakata and more for a successful music career. This has seen her since perform at events like Summer Sonic in 2019 and take part in nationwide tours to perform her music. It’s this music that’s set to become the basis of a brand-new VR-driven rhythm game starring Kizuna AI titled ‘Kizuna AI: Touch the Beat’, set for release on Oculus Quest next month.

The choice to create a VR-based rhythm game surrounding Kizuna AI makes a lot of sense. Although the VTuber phenomenon has only continued to expand, particularly internationally where it has grown to the point that one of the largest VTuber agencies, Hololive, have launched their own English VTuber team, Kizuna AI remains somewhat of an anomaly within the sphere of VTubers and virtual celebrities. Many recent VTubers have been more static and mostly acted as livestreamers who directly interact with chat while playing games and have limited movement for their virtual character bodies. Not to say that Kizuna AI doesn’t engage in similar content (she has her own channel, Kizuna AI Games, for this purpose), but much of Kizuna AI’s general content uses full-body capture to have the character of Kizuna AI move dynamically in a 3D space in a way many recent VTubers can’t.

With this in mind, making a VR rhythm game where you would be in the same 3D space as Kizuna AI makes a lot more sense as it leans into what makes Kizuna AI more unique within the VTuber and virtual celebrity space.

As for the content of the game, aside from a name an logo, little is known about the title despite launching next month, other than the fact it is being developed by Activ8 Inc and Gemdrops Inc, who similarly worked on Spice and Wolf VR. You’ll be able to purchase the Kizuna AI: Touch the Beat VR rhythm game on the Oculus Store for Oculus Quest next month on October 13th.

Tricol Teams up With ICHIRAN Ramen for Counter Fight ICHIRAN