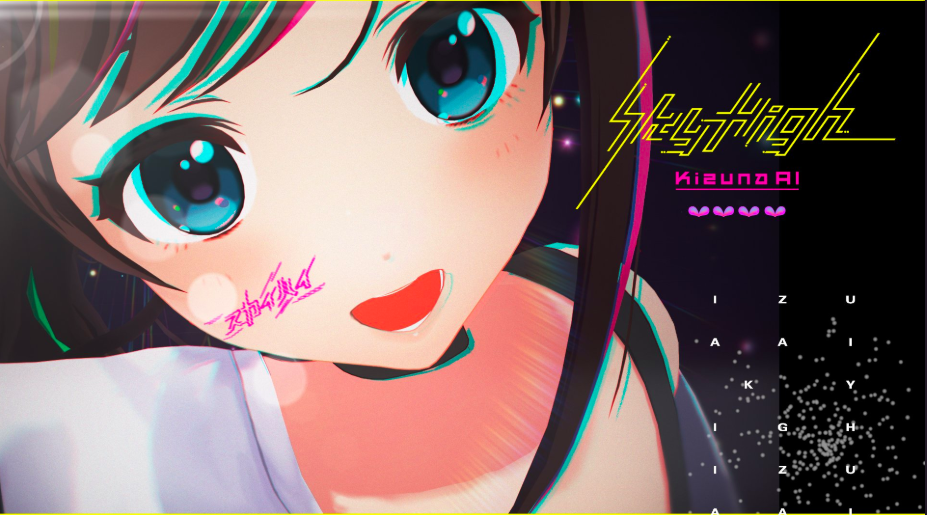 Virtual YouTuber Kizuna AI’s music career hasn’t even reached its one year anniversary, but she’s already accomplished enough to make a lot of major-label acts blush. The digital pop star has put out a song with producer Yasutaka Nakata that has racked up over six million views at the time of writing and will perform at Summer Sonic next month. Sure, it helps to be an online phenomenon from the get-go, but impressive all the same.

Now, she can potentially add tastemaker to that list. When AI (or, let’s be real, the people behind the project) first ventured into music, they enlisted a wide variety of electronic artists to help craft bubbly dance-pop numbers from her. The bulk of these collaborators came from the netlabel community, and they helped get her pop career going. When she put out a big-deal first single though, it was with Nakata, an artist carrying mainstream cred thanks to his work with articles such as Perfume and Kyary Pamyu Pamyu. With the latest number “Sky High,” though, she lets a rising name join her up in the marquee. For this one, AI joins forces with YUNOMI. Watch the video below.

YUNOMI isn’t being plucked from the underground here. The Tokyo-based electronic creator has developed a strong following both domestically and internationally over the last few years thanks to high-energy dance numbers mixing fists-pumping EDM elements with splashes of traditional Japanese music. These works, though, exist within specific dance music communities, and YUNOMI still isn’t far from a J-pop staple.

Working with AI on “Sky High” offers the potential for reaching a new type of audience, however, given the virtual YouTuber’s status in contemporary pop culture. YUNOMI came prepared with music offering as a good summary of his sound. “Sky High” goes from a sparse electronic opening — featuring some vocal scatting (!?) — to building up steam before dropping down into a center featuring one of those traditional-inspired melodies fluttering about. AI hangs around, and the video focuses entirely on her moves, but the MVP of “Sky High” is YUNOMI, who shows that they can hang with the bigger names.