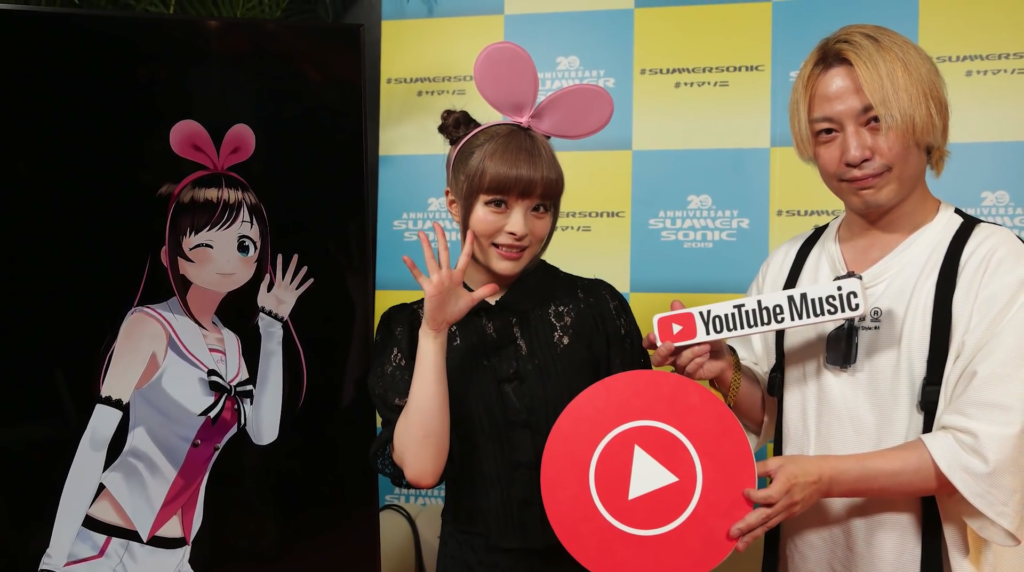 Kizuna AI’s announcement as a performer at Summer Sonic 2019, her music festival debut, was one that genuinely took me by surprise. Although obviously the VTuber had expanded into music in recent months with tracks produced by TeddyLoid and more, it still seemed strange that the artist could be sharing the festival lineup sheet with names such as the telephones, The Chainsmokers, Brockhampton, and Kyary Pamyu Pamyu, considering the musician didn’t even exist in the same dimension as the other names I listed. However, her performance came and went this past weekend and seemed to be a hit, while Kizuna AI used her time at the event to interview multiple artists performing on that same day, from Western artists such as Alan Walker to Japanese artists such as Kyary Pamyu Pamyu and Yasutaka Nakata.

The Western artists that Kizuna AI decided to interview, such as the English artist Alan Walker, seemed understandably a little confused by the whole interaction, in a way similar to how some of the actors of Alita: Battle Angel reacted when they were being interviewed at the Japanese premiere for that film. There is a bit of a jarring contrast between the excited tones of Kizuna AI’s enthusiastic questions and the more reserved and serious responses given by Alan Walker, but it does remain an interesting interview if you’re interested in his music.

When it comes to Japanese artists, Kizuna AI interviewed multiple of these, including the telephones and a joint interview with Kyary Pamyu Pamyu and Yasutaka Nakata. During this interview, they talk about their recent collaborations, the performances at Summer Sonic and more. With Yasutaka Nakata being the sole producer of Kyary, the two have crafted many songs such as with the single Ninjari Bang Bang, which Kyary Pamyu Pamyu performed and Yasutaka Nakata both produced and wrote, with the interview touching on this process. At the time, there was some confusion over the name of the song due to its weird and nonsensical name, but ended up liking the name as many fans found that even without any meaning it was a fun name and song. Also, at the international tour, many of the international fans also enjoyed the song.

There are 6 interviews in total mixed evenly between international and local artists, and if you’re a fan of any of the artists that were interviewed they’re well worth checking out for yourself. You can find all Kizuna AI’s Summer Sonic interviews over on her YouTube channel.