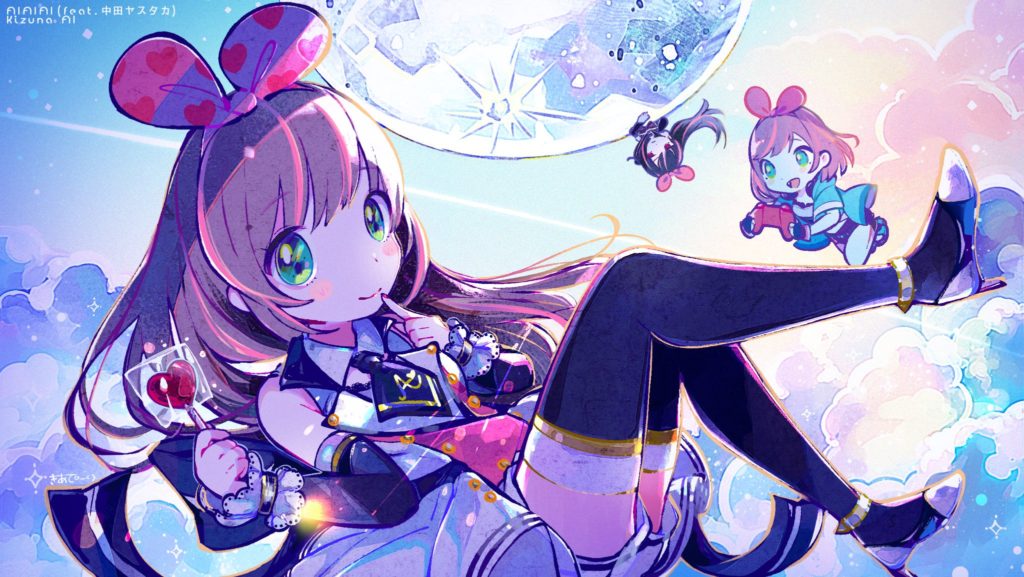 It’s been a little over three months since I initially wrote about a collaboration between powerhouse forces Kizuna AI and Yasutaka Nakata. Initially run as the first opening theme for anime series Virtual-san wa Miteiru, the pair’s infectious “AIAIAI” quickly became a staple of Nakata’s DJ sets and was overall a song many were left clamoring for. Well, that changed last night following the song’s official release on all platforms, complete with an absolutely gorgeous illustration by Tokyo-based artist Kiato:

Initially uploaded to Tokyo Wave’s YouTube channel, the latest from both Kizuna AI and Yasutaka Nakata is an absolute blast. It’s definitely on the cuter side of Nakata’s production spectrum (think his work with Ichigo Rinahamu), but it’s also quite possibly one of the songs that best represents what many would expect from Kizuna AI.

It’s been a wild ride for Virtual YouTuber-gone-Virtual Idol Kizuna AI these past few months. Not only have we seen her collaborate with some of Japan’s biggest names in electronic music, but we’ve even seen her jump across the globe to collaborate with the likes of Dutch DJ duo W&W on an extremely Euro-centric rave anthem.

Available now via all major streaming services, those interested in checking out more on the latest single from Kizuna AI and Yasutaka Nakata can head over to the Virtual YouTuber’s official website.