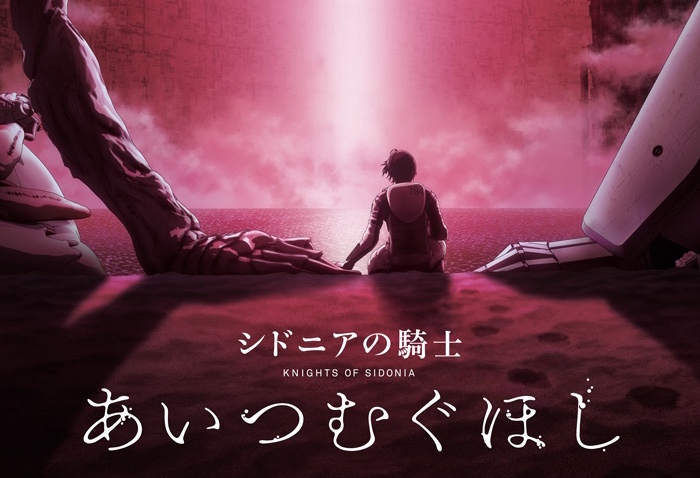 Polygon Pictures made a name for themselves internationally following the release of the original Knights of Sidonia anime series for Netflix, with the company eventually going on to make two series for the company based on the manga of the same name in 2014 and 2015 respectively. Both of these stories followed closely to the original manga in their adaptation and faithfully captured the story of those manga on screen. Today, it was announced that Polygon Pictures would return to the franchise with a brand new movie set for release in 2021, with the interesting note that this story will diverge from the manga and tell an entirely new tale within the Knights of Sidonia franchise.

So far details on the new movie are sparse, with a brief trailer featuring the insert song ‘Utsusemi’ by CAPSULE backing the promotional video that coupled this announcement. In turn, details on the story, aside from the knowledge it will diverge from the manga, are also sparse. While the story won’t entirely divest itself from the original story, manga author Tsutomu Nihei noted that the movie will reveal information not included in the original series because he wanted to leave them up to the reader’s imagination, which in his words is a code for saying that he forgot to include them. Also, a number of elements are added to the story here as a result, promising to enhance the world for those who’ve read the original manga or only seen the series.

Many of the staff who worked on the original series, such as co-director Hiroyuki Seshita serving as chief director while Sadayuki Murai and Tetsuya Yamada return to work on the script, among others. With the CG animation technology at Polygon Pictures having improved substantially in just the short time since this series first aired, I’m curious to see how the final product looks.

The Knights of Sidonia movie will release in cinemas in Japan in 2021, and you can find out more about the film over on its official website.

The Shape of Shounen: Polygon Pictures’ Anime and More

m-flo Teams With J. Balvin, Get Animated for “HUMAN LOST”