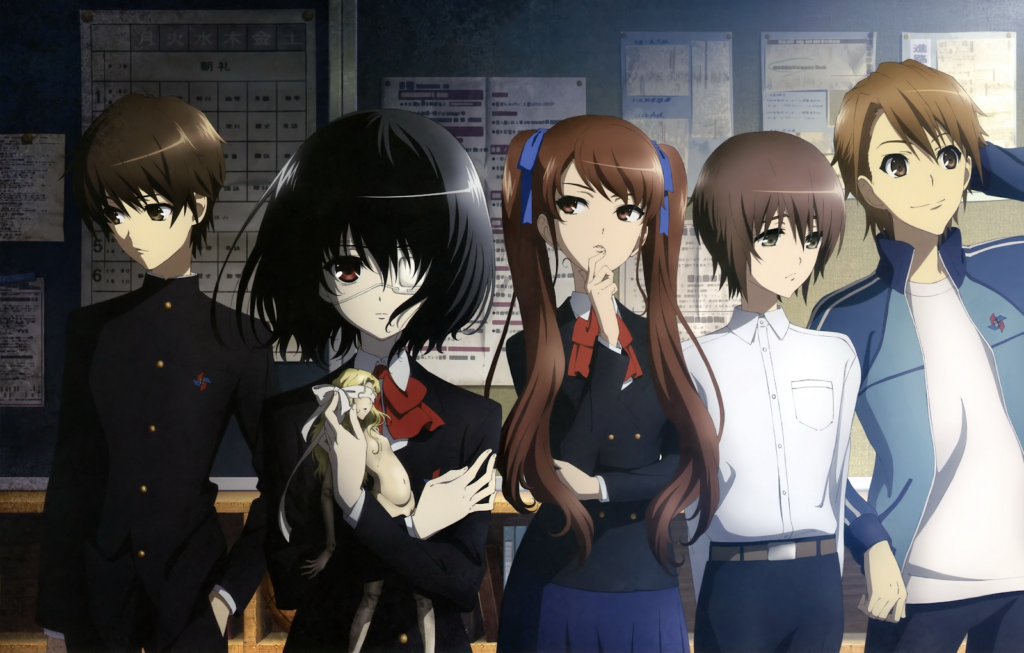 While horror movies and television series in the States tend to err towards gore, torture, and killers of the serial and slasher variety, Asian horror is more often than not about the mind.

I mean, who hasn’t been kept up long into the night with cringey thoughts of things they did or said as a kid (…or regrets from the day of)? Now, that’s scary.

With that said, as much as I love being intrigued and spooked, I still feel iffy about diving into anime like the Corpse Party: Tortured Souls adaptation as I know for a fact that they can get pretty extreme.

Of course, not all horror anime are designed to turn the stomach like Corpse Party.

Despite most of these series not being considered classics in the same vein as shounen with hundreds of episodes to their name, Another manages a solid balance between its kills and overall story.

Not to mention Another manages this with a fairly fleshed out, likeable cast.

In this writer’s humble opinion, the genre is only as good as its characters. This goes for all stories, but in horror, even a promising premise will struggle without good characters.

Why care about the deaths in a show if the characters dying aren’t worth caring about?

And with luck, Ayatsuji’s sequel and “spin-off” Another Episode S/0 will lead to a Season 2 in the future.

But I’m getting ahead of myself.

For now, let’s take a look at what makes the Another anime such a memorable show. 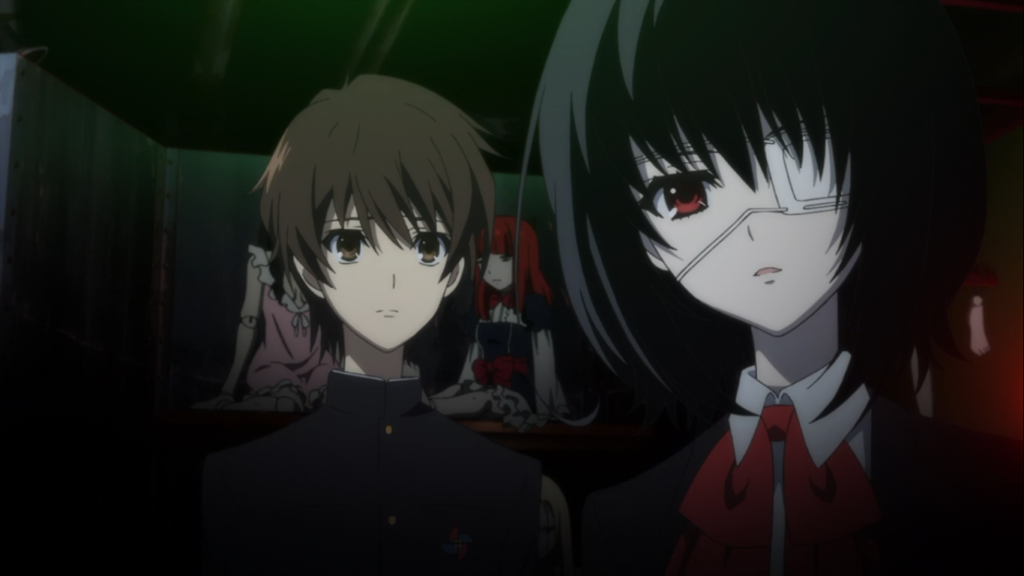 The original Corpse Party survival game and OVA open with a supernatural charm gone wrong by a group of high school students. The charm transfers the group to an alternate version of their school in which a young girl-turned-ghost exacts her lawless vengeance.

A disproportionate amount of punishment by the beyond ensues.

Another plays on similar tropes while keeping its story grounded in the real world.

This show opens with protagonist Kōichi Sakakibara being transferred to a class cursed by an unknown entity. As it turns out, those who once occupied Class 3-3 years ago had unintentionally “invited death” by continuing to pretend a beloved deceased student had in fact not died.

Another and Corpse Party’s takes on opening ourselves to death evoke a similar feeling of dread to that of East Asian high school traditions and urban legends, both which work to drive home the brutal reality of their situations.

But unlike Corpse Party, Another doesn’t insert unnecessary fanservice and fetish fuel.

I know Corpse Party is supposed to be exploitative and you know, to each their own, but its “lighter” moments really hurt its otherwise gruesome plot.

Mei Misaki is our guide to the curse, the show’s quintessential mysterious girl, eyepatch and all.

Not only is Mei’s character a solid execution of the “psychic girl” trope (with her covered doll’s eye being able to spot the “color of death”), design-wise, but her shtick isn’t just a shtick. Mei’s power is linked to a curse-related tragedy that takes place prior to Kōichi’s own arrival to the scene.

Mei very much embodies the show’s recurring theme of identity, her personal struggles and talk of dolls seeking souls of their own paving the way for a satisfying finale.

When we first meet Mei Misaki in Class 3-3, she is treated as nonexistent by her peers.

In order to counter the Class 3-3 curse, a charm is put in place every year so as to take the “extra” student, the “other” from beyond the grave, into account. This “countercurse” being ignoring a random student for the whole year in lieu of them.

However, due to the reality-warping nature of the curse, no one at the school, let alone the rest of the town, ever remembers the victims from previous years.

This makes for quite the mystery in which tired tropes like amnesia, miscommunication, and secrets actually make sense. And to Another’s credit, I had no idea who would turn out to be the extra until the very end.

The constant dread, paranoia, and solemn tone underlying Another are bar none thanks to the type of curse at play. With that said, this show still manages to be an entertaining  slow burn that keeps viewers guessing and invested.

You’d think that the characters, especially the powers that be, would have experimented with different countermeasures or heck, tried to leave the town…

And sure enough, Another addresses these “solutions” in full.

5) Let The Bodies Hit The Floor

Another’s deaths and kills may not be nearly as gnarly as those of other shows, but they are undoubtedly creative.

I don’t want to spoil anything, but rest assured, if you’re not into guts spilling all over the place or drawn-out suffering like I am, this anime’s more…to the point.