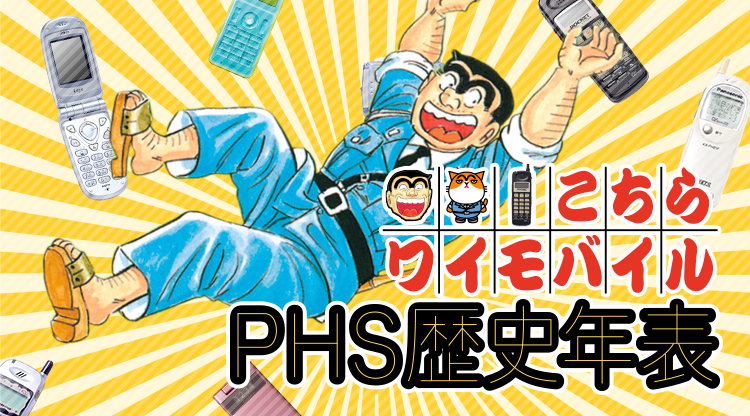 Legendary gag manga KochiKame (Kochira Katsushika-ku Kameari Koen-mae Hashutsujo) is teaming up with Yahoo! Mobile for a new campaign celebrating the legacy of the PHS mobile network service, which the provider are dropping support for in 2020.

I’m sure everyone has heard of KochiKame, but if you’ve never heard of PHS (Personal Handy-phone System) then I wouldn’t be surprised. It was mainly used in East Asian countries, particularly in China and Japan, during the 1990s and was trumped by the GSM and CDMA networking technologies in the west. Nevertheless, it inhabits an important place in the Japanese cultural consciousness.

Unicode and other encoding systems struggled with Japanese kanji throughout the 80s and 90s, which prevented personal computers from taking off in Japan during this time like in the West. Instead, mobile phones became popular – in no small part thanks to the PHS mobile networking technology. 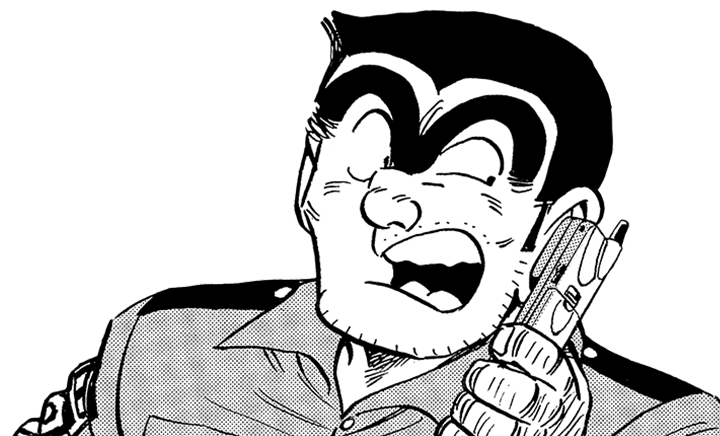 One of PHS’ most unique features was that it’s base stations were relatively cheap to install, which kept the prices of the handsets themselves relatively low. These base stations, however, had a relatively short effective transmission range, which made them almost unusable in the more spread-out cities of the West, but perfect in the dense, urban sprawl that was Tokyo in Japan.

Hence why, during the 1990s, PHS-capable mobile phones and pagers were almost ubiquitous. This was a time where any Japanese businessman wouldn’t be seen dead without some kind of mobile communication device, which is no doubt partly where the conception of Japan as a highly technologically advanced country comes from.

Everything I’ve just told you about PHS and its unique place in Japanese culture was actually told to me by KochiKame’s protagonist, Kankichi Ryotsu. Navigating to the official KochiKame x PHS page on Yahoo! Mobile’s website will reveal a potted history of the network and the devices that use it, along with a special seven-page manga on the topic of PHS drawn by original author Osamu Akimoto himself. 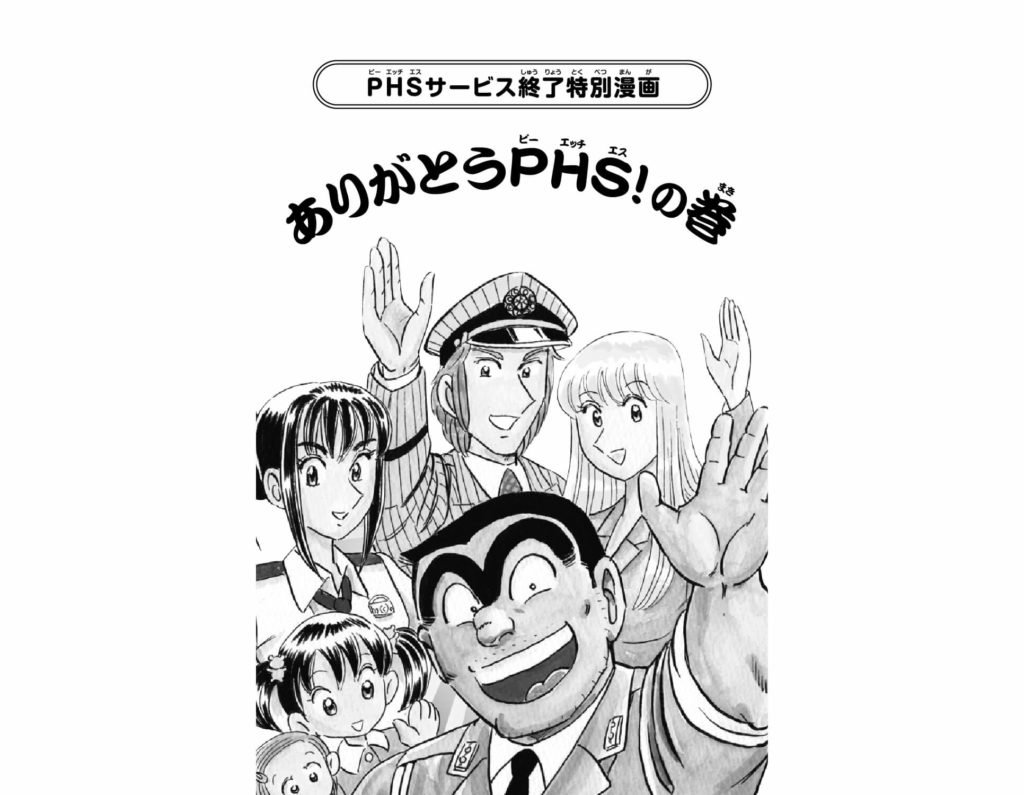 Yet, times change and PHS is no longer a viable proposition for many network providers. There was a strange boom in PHS-capable devices in the mid-2000s, but the network’s capabilities now find themselves far outstripped by the current 4G technology, as well as the rapidly approaching 5G technology.

In a sense, the story of PHS and KochiKame are similar. Citizens of the modern age might now judge them as antiquated, but it’d be an understatement to say that PHS and KochiKame have both been instrumental in their respective fields.

KochiKame was the king of Weekly Shonen Jump gag manga for 40 years, and its legacy is seemingly so strong that no other gag manga has been able to take its place since. The cost-effectiveness of the PHS mobile networking technology was, on the other hand, the reason why mobile phones took off in Japan during the 1990s and have remained ubiquitous ever since.

To some extent, the old must always make for the new. Just as this week saw the end of not just the similar long-running gag manga Rakudai Ninja Rantarou, but also the slow death of Yusei Matsui’s Assassination Classroom, time waits for no man. But we can, all the same, appreciate the legacy of the old and how it paved the way for the new – something which KochiKame and PHS both demonstrate.

Yahoo! Japan is also running a promotion where upgrading from a PHS-capable device to a modern one will give you a lifetime of free national calls. They’re also giving away all 200 volumes of KochiKame via their Twitter account. Check the official website for details.