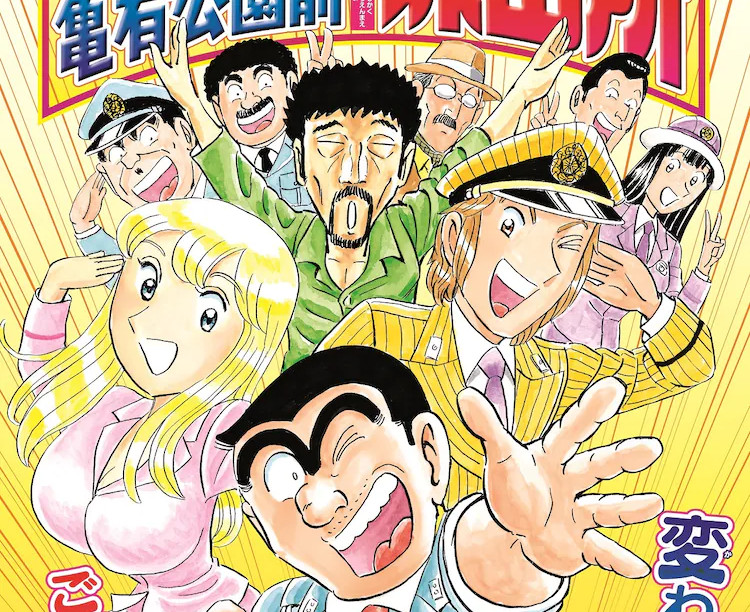 Not content with letting Golgo 13 steal its thunder, volume 201 of KochiKame has been scheduled for release this October.

Two weeks ago, history was made as Golgo 13 author Saito Takao officially received the Guinness World Record for most volumes published in a single manga series. Volume 201 was what pushed his series over the edge and just ahead of the previous record holder: Osamu Akimoto and KochiKame.

As a result, this latest release from SHUEISHA is clearly an attempt to fight back. Provided that no other volumes come between now and October, the two contenders will be neck and neck. And while it’s unlikely that Takao will have to hand back his trophy, it’s still an interesting match-up.

What comprises volume 201 of KochiKame is evidence of the series’ continuing popularity and success. Despite officially ending in 2016 after forty years of publication in the pages of Weekly Shonen Jump, Osamu Akimoto has penned several special one-off chapters since then. These include stories for the main Jump magazine, one of which was included in this week’s issue: it’s about Neruo Higurashi, which is appropriate given that he only ever wakes up for the Summer Olympics.

Given that volume 201 of KochiKame is mainly made up of these ‘extra’ installments, it seems unlikely that Osamu Akimoto’s series will be able to put up a serious fight against Saito Takao and Golgo 13. The key difference is that while KochiKame is over, Golgo 13 is still serialized in Big Comic, so more chapters and more volumes are inevitable.

If Takao thinks that Akimoto is going to go down without a fight, though, then he has another thing coming. Duke Togo would probably take out Ryo-san in no time at all, but in the zany world of Kochikame? Anything’s possible.