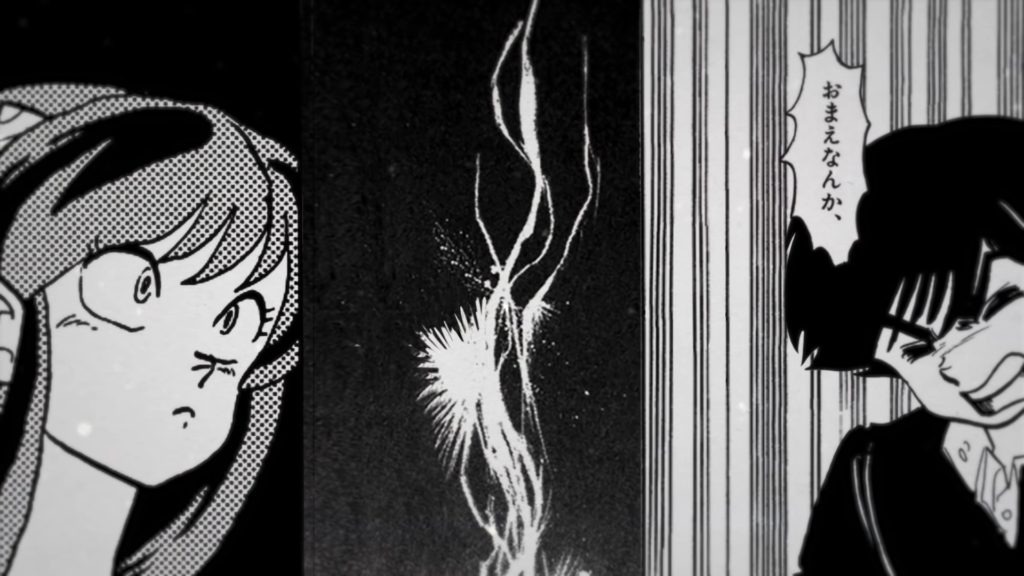 Koda Kumi is a 20 year veteran of the J-Pop world with over 15 million album sales to her name. Urusei Yatsura was the break out manga from 40+ year manga industry veteran Rumiko Takahashi which by itself has sold over 35 million volumes worldwide over the past four decades. They’re both widely beloved icons of their respective eras and mediums so seeing them side by side makes a certain amount of sense, at least compared to a certain other Rumiko Takahashi based AMV to come out recently. Sense or not, we’re still surprised to see an official Urusei Yatsura AMV made for the 10 year old Koda Kumi classic ‘Suki de, Suki de, Suki de.’

Even those with only a non Japanese native anime watcher’s wealth of Japanese knowledge probably know that ‘Suki De, Suki De, Suki De’ basically transaltes to ‘i like you’ three times over. If you’ve never watched or read it, a grave mistake by the way, Urusei Yatsura is one of the great romantic comedies in the whole wide world of anime and manga. Koda Kumi’s song and the manga’s contents make for a particularly matching Urusei Yatsura AMV. Koda Kumi professed to be a huge fan of the original, crying every time she watched it, and was delighted Rumiko Takahashi agreed to the project.

For being in the fifth decade of her career, Rumiko Takahashi has had one hell of a 2020. Her newest comic MAO continues serialization in Shonen Sunday, Inuyasha got a brand new anime original sequel, and just last week she was awarded, by the Japanese government, a medal of honor for her countless artistic contributions. The ‘Suki De, Suki De, Suki De’ Urusei Yatsura AMV marks the second official AMV made from her manga this year, leading us to wonder if we’re going to perhaps going to get Ranma and Inuyasha videos down the line.