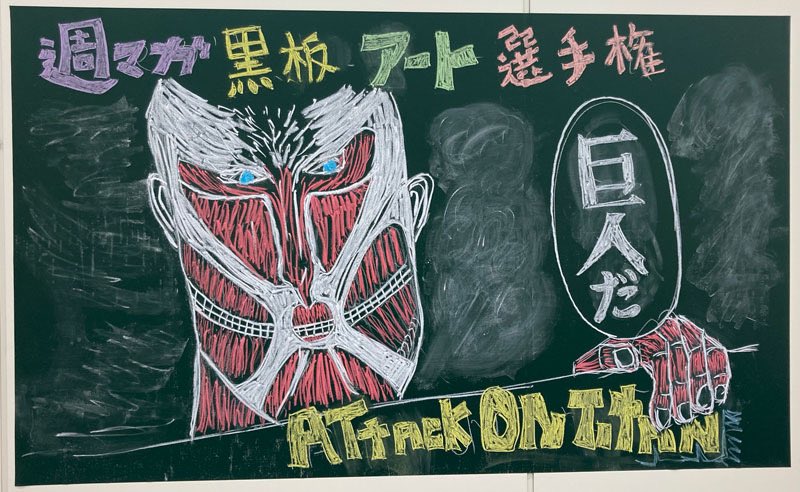 Drawing on the blackboard is something of an art form in Japan and other Southeast Asian countries. From graduations to matriculation, whether officially mandated or just scribbled, large, complex drawings in either chalk or marker pen are a symbol of school life often glimpsed in anime and other media. Kodansha is finally recognizing this, inviting students all around the country to send in their best blackboard or whiteboard illustrations of Weekly Shonen Magazine characters.

The ‘Weekly Magazine Blackboard Art Championship,’ launched on Wednesday, aims to find the best blackboard Banksies or whiteboard Warhols and reward them with prizes. Apparently, the idea for the competition came when the Magazine editorial department received a Quintessential Quintuplets illustration from a school in Kanagawa, and they wanted to put it up on the homepage – what better way to do so then next to several others? Accordingly, the winners of the Weekly Magazine Blackboard Art Championship will be displayed on the special website, along with receiving several prizes. 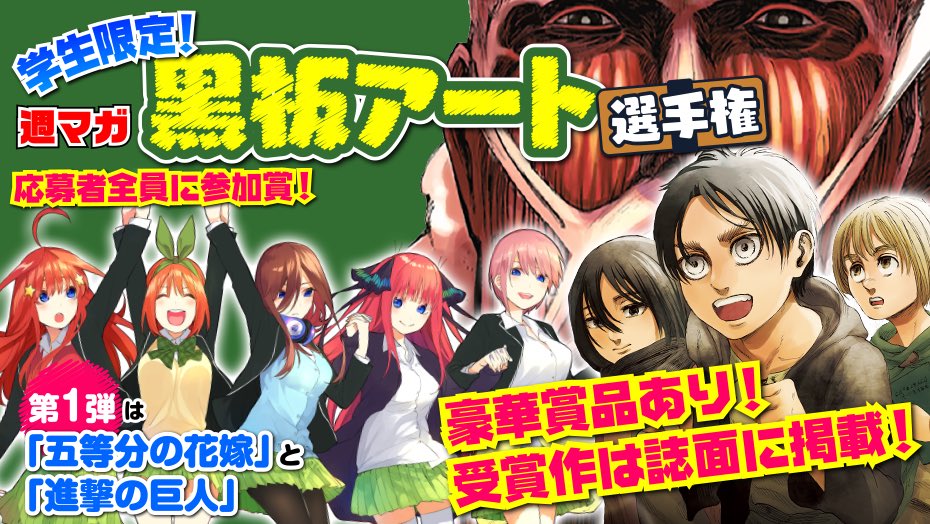 For the time being, the Weekly Magazine Blackboard Art Championship is limited to illustrations from two series: The Quintessential Quintuplets by Negi Haruba and Attack on Titan by Hajime Isayama. Still, that shouldn’t prove too much of a problem given that both series are incredibly popular, and there aren’t many other limitations other than that: all you have to do is be a student, draw something from either series on a blackboard or whiteboard (you can’t put them both together or with other series), and submit it online (seperate pages for Quintuplets and Titan). 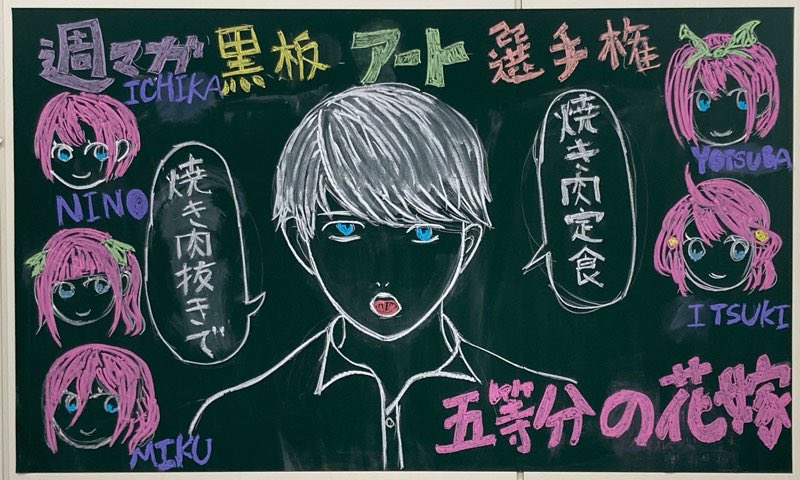 To illustrate the process, the Magazine editorial team put together two of their own drawings, which you can see above. They say that they’re “not very good,” but if you “have love then it’ll all be okay.” Word.

Some of the prizes that the winners of the Weekly Magazine Blackboard Art Championship can get their hands on include: a signboard from either Isayama or Haruba, a QUO gift card, and several clear files. You have to be in Japan to take part, but feel free to peruse the respective hashtags on Twitter to get an idea of the entries.