Kodansha Has Everything You Need 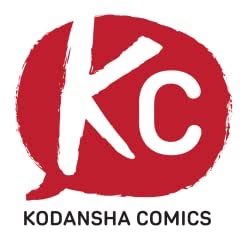 Kodansha is killing the game by ensuring that every second of free time someone has can be dedicated to manga through their website. As Japan’s largest publishing company, they probably have a hand in your favorite manga. Currently their website features over five hundred manga series, most of which can be bought and read digitally.

With the site running constant deals, such as fifty percent off all series to first volumes on sale for ninety-nine cents, there’s no way to not find a new favorite, or catch up with an old passion. And with new volumes released Tuesday, even the most seasoned manga veteran has their work cut out for them. With such an expansive library, it can be tricky to find the perfect manga to snuggle up to. Fortunately, here are manga for every mood.

If you’re looking for something sorta spooky:

Kodansha has everything you need if you’re craving something for a thunderous night accompanied only by lightning and the occasional ghost. If you’re looking for something to make your skin crawl, fear not. Dive into Parasyte, a classic staple in the body horror genre.

Packed with grotesque creatures and graphic violence, Parasyte is a cult classic sure to please. Looking for something filled with a little more blood and a lot less guts? Try Happiness. From the writer of Flowers of Evil comes a vampire tale with stellar art, sharp fangs, and just enough teen angst to make you squirm.

If you’re looking for something sorta sweet:

Interviews with Monster Girls is a personal favorite, revolving around the lives of monster girls known as “demi-humans” trying to survive school grappling not only with growing up in general, but growing up as something seen as “other.” It’s remarkably sweet, with poignant moments that are deep enough to keep the story from landing into ecchi territory.

Anyone with feline friends can relate to Ito trying to navigate unexpected house partners in the forms of the ghoulish Yon and fluffy beast Mu. If you’re wanting something even cuter, try My Roomie is a Dino. A silly story revolving around a girl who just happens to gain a dinosaur as a roommate.

Maybe in the mood to cry? Then try A Silent Voice, a sweet and heartbreaking tale about bullying and growing up. The manga recently got a film adaptation that is just as heartbreaking as the manga. The series is ongoing, so if the film left you wanting more, be sure to read the series.

If you’re searching for a classic.

Kodansha has all the bases covered with everything a reader needs, whether they’re new to manga or have been reading for years. Start with something that spawned a dozen remakes, shows, and soundtracks with Akira. Fans of pop culture are sure to recognize iconic moments from the manga, such as Tetsuo’s iconic jacket or motorcycle.

Keeping in line with sci-fi hits, Alita is a powerhouse of a story. After getting a live action Hollywood remake, now is the perfect time to become acquainted with the powerful cyborg. If those don’t quite catch your interest, give Land of the Lustrous a shot.

One of the newer ones mentioned, Land of the Lustrous is a recent classic with some of the most intricate art and powerful storylines to come about recently.  If the art isn’t enough to draw you in, then the story will, with elements of fantasy and science fiction mingling together in perfect harmony. Of course, no manga list would be complete without Pretty Guardian Sailor Moon.

No description there is necessary. But of course, if magical girls are your thing, it’s almost a requisite to give Sailor Moon a shot if you haven’t already.

What Sailor Moon is for someone might not be the same for someone else. Kodansha has a massive index of series and simulpubs that would take years to read all of them. Many can be previewed or even have the first chapter published online.

If there was ever a time to compile your ‘to be read’ list, now is a good time. Be sure to constantly check the site as deals and sales are constantly changing and evolving. You never know when your favorite series might go on sale, or a future favorite will be released!