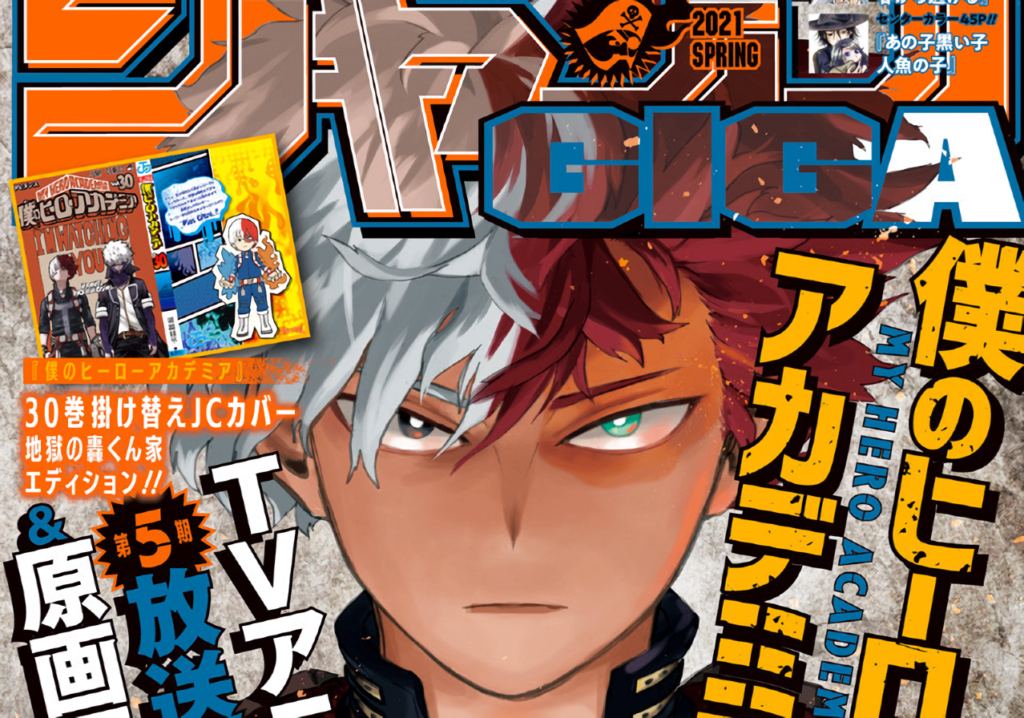 Kohei Horikoshi recently sat down for an interview in the latest issue of Jump GIGA, discussing his creative process and what we can expect from the final act of My Hero Academia.

Contains major spoilers for the My Hero Academia manga up to chapter 310!

Back when the final act was first announced and Deku left the confines of U.A. Academy, it provoked one hell of a response: the words ‘HeroAca’ and ‘Deku’ started trending in both Japan and abroad, but it shouldn’t have come as much of a surprise to those up to date with the manga. The Paranormal Liberation War changed everything, after all, prompting the question: was the idea for this final act set from the beginning?

According to Kohei Horikoshi in this Jump GIGA interview, he only came up with the idea of having Deku leave U.A. and become a vigilante ‘around volume 21,’ when Endeavor was fighting the High End Nomu. That being said, the actual ending has always been set in stone since the very start: ‘Getting there took much longer than I expected, but the endpoint has always been the same since even from before the serialization started,’ he said. 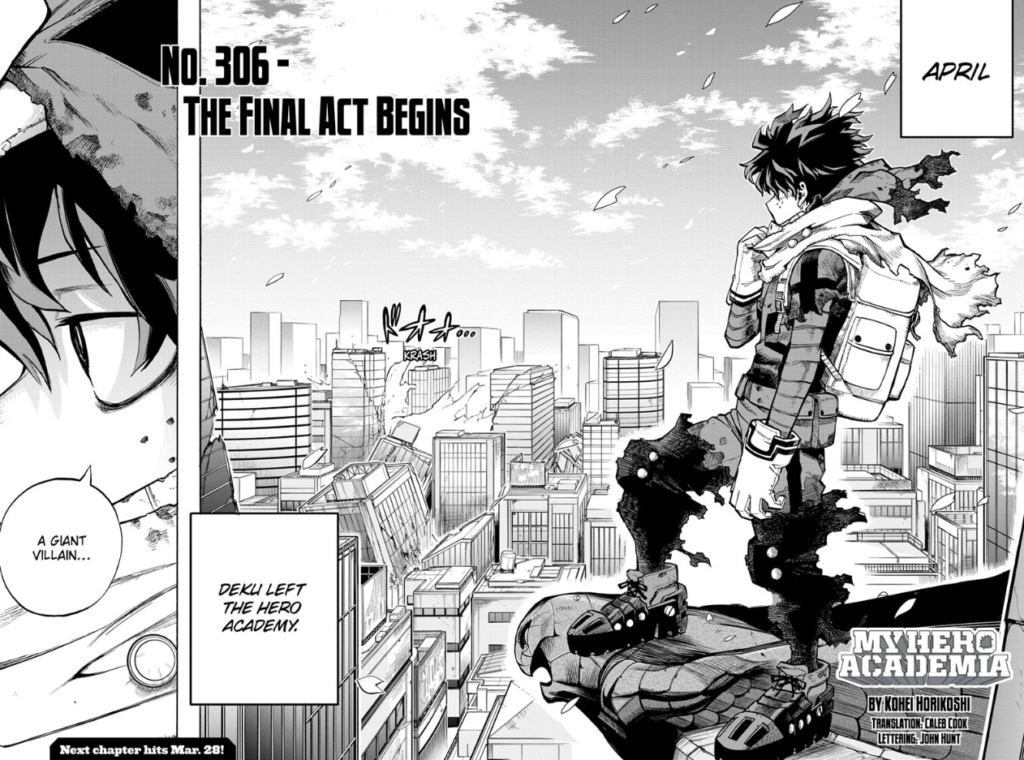 Moreover, Jump GIGA asked Kohei Horikoshi in this interview if there were any characters we should pay most attention to in this final act, but the author was characteristically evasive. He offered up Ochaco and Hawks, but also said that Shinso and Monoma ‘might play a big role.’ Sero might get a ‘cool scene,’ too.

‘Lots of peoples’ individual actions are going to come together as one, so I feel like you can pay attention to any character!’

Speaking of characters, one of the things that has made this last year or so of My Hero Academia stand out is the quality and relative maturity of various characters’ back stories: in particular, Hawks and Endeavor have proved both compelling and controversial. When it came to writing this, Sion Sono was apparently a big influence.

Nevertheless, the author admits that ‘If you just draw gloomy stories without preparing, then it’s easy to get down.’ So when asked by Jump GIGA how he deals with putting these stories together in the interview, Kohei Horikoshi said that he ‘thinks carefully’ beforehand about what he wants to achieve and how he wants to get there. This is necessary for his ‘mental care.’ 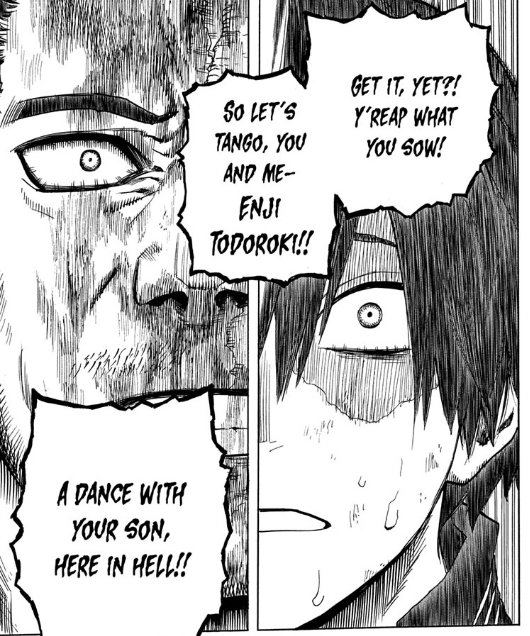 Finally, Jump GIGA closed out their interview with Kohei Horikoshi by asking some more light-hearted questions. When asked what the scene he had the most fun drawing recently was, he said that it was the one where Endeavour reacted to Dabi’s revelations. The character he’s finding the most fun in drawing is Best Jeanist, who has apparently been ‘kind of cool’ ever since he came back from the dead.

And when quizzed about whether the adorable image of Ochaco and Deku falling together produced for the recent My Hero Academia exhibition might have any plot significance, he said that it ‘isn’t unrelated’ given that it’s a representation of their relationship.

OchaDeku shippers: there’s still light at the end of the tunnel yet!

You can read My Hero Academia in English for free via VIZ Media.