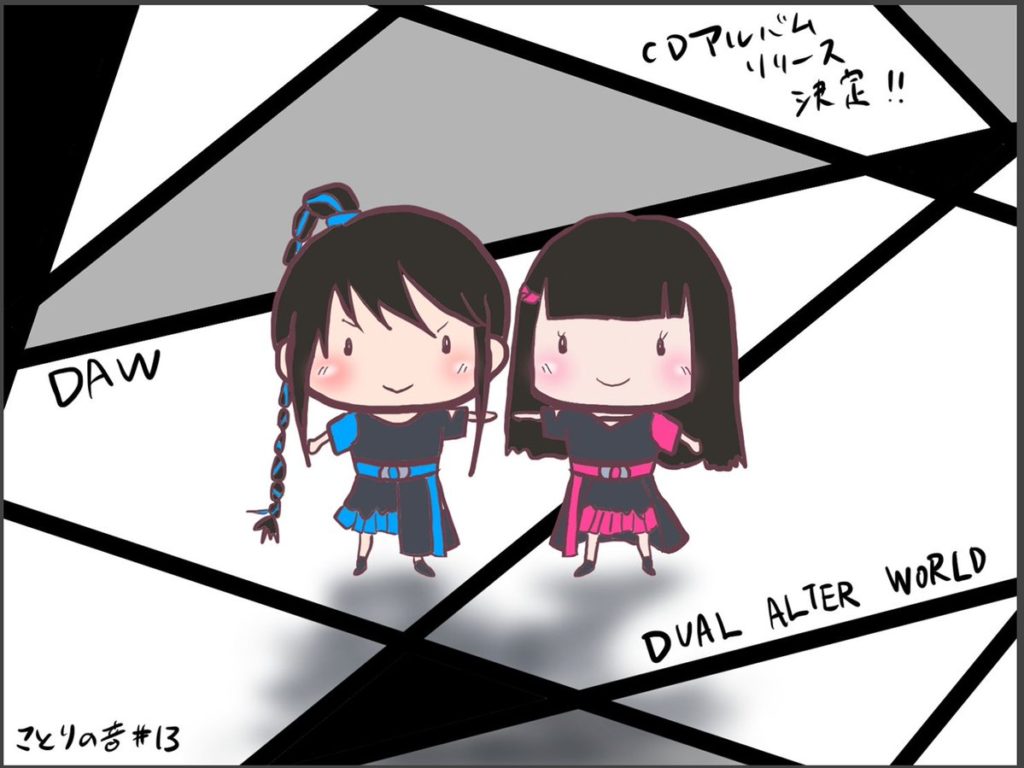 Seiyuu Koiwai Kotori, mostly known for her performances as the adorable Renge Miyauchi in Non Non Biyori and the sadistic Tomoka Tenkubashi in The [email protected] Million Live, has announced today the formation of a new metal band ‘DAW’ together with Blood Stain Child composer RYU.

Although Koiwai has always seen the most success as a seiyuu, she’s no stranger to more musical activities. Aside from her appearances at [email protected] concerts, she’s a keen fan of DJing and synthesizers. In fact, this band announcement also came with the announcement that Koiwai will now be doing solo DJ sets in the near future. She also writes the column Kotori Rhythm in the monthly magazine GetNavi about audio equipment and music. Furthermore, her fortnightly radio program Kotori’s Note (Kotori no Oto) has seen great success with it’s relaxing, ASMR-like quality. So to see her finally make a ‘proper’ musical debut is nothing surprising.

What is surprising though, is the band in which she has decided to debut. Her new venture is titled ‘DUAL ALTER WORLD’ or ‘DAW’ for short and will be focused on a metal sound. To help her in this task, she has enlisted the help of RYU, who composes songs for the heavy metal, Osaka-based group Blood Stain Child. No doubt RYU’s expertise in this field will mean that the band’s sound will be both professional and well-rounded.

Editors Note: The term “DAW” is commonly used in the field of music production, with the DAW being the Digital Audio Workstation that music is digitally arranged within. Given Kotori’s familiarity with the world of synthesizers and DJ’ing, it’s extremely safe to suggest that this is what the name is playing on.

Koiwai’s personality is definitely not ‘metal.’ She’s soft-spoken and smiley, with a lilting intonation to her voice that can put anyone at ease. So, in this sense, to see her pursuing a metal sound is a strange sight indeed.

But there has always been an attraction to the type of ‘gap’ that Koiwai often expresses in her work. This is most evident in her role as Tomoka Tenkubashi in Million Live!. In this role, Koiwai lends her innocent voice to a sadistic character that believes she is the reincarnation of the Virgin Mary. She also refers to her fans as ‘pigs.’ Perhaps the decision to tackle a metal sound was made in light of this ‘gap,’ which has served to boost Koiwai’s popularity in the past.

Either way, Koiwai and RYU’s new group plan to release their debut album through the FABTONE label sometime this year. Keep an eye on Koiwai’s Twitter as well as RYU’s Twitter for more details.

So Fabulous!!: Introduction to Ryu☆, A Defining Force in the World of Music Games