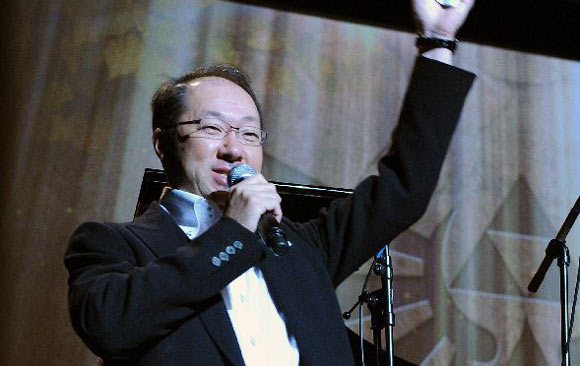 Charting the Rise of Koji Kondo, One of Nintendo’s Head Maestros

Koji Kondo is one of those names that should be almost synonymous with Nintendo games. Kondo has provided the music and composition for many of Nintendo’s classic games, including The Legend of Zelda: Ocarina of Time and especially Super Mario Bros. He’s worked almost exclusively with Nintendo his entire career, and you can hardly pick up a game without hearing music he either composed or had a hand in composing.

The first piece of work Koji Kondo did with Nintendo was the music for the arcade version of Punch-Out, before he’d actually started working there, or even before he graduated college. He picked up the job while still a student, which helped him secure an interview there when he finally applied for a position. After Punch-Out, he says he worked on a game called Family BASIC, which used BASIC programming along with a keyboard peripheral to make music on the Nintendo Famicom.

His next major would be Devil World, where he worked with Akito Nakatsuka to compose the music for that game. This particular game was directed by Takashi Tezuka as well as Shigeru Miyamoto, who was impressed with Kondo’s work and asked him to work on a new game he was developing, Super Mario Bros.

Koji Kondo Brings the Music to Mario and Link

For Super Mario Bros, Kondo wanted to do something different in terms of the in-game music. He’s stated in interviews that going into the project he wanted to make something that didn’t sound like what game music normally sounded like at the time, something that would enhance the game itself. Kondo took that and created music that created a feeling of motion, as more often than not that’s what the player is doing in Super Mario Bros.

This led him to create music modeled after various styles of dance, such as the waltzing underwater theme and the fast-paced Super Star music. Kondo explained in an interview with Nintendo Minute that the main Mario Bros. theme was inspired by the movement of Mario, who is running and jumping in a very particular lively way, so it was important that the music reflected this.

It very much goes without saying that the music in Super Mario Bros. quickly became integral to the game’s identity, and was very successful, especially given that it was Kondo’s first full-game composition.

In quite a follow-up to Super Mario Bros. Kondo’s next project would be for the original Legend of Zelda. Kondo originally wanted the main theme to be Bolero by French composer Maurice Ravel, but unfortunately (For him, at the time) the copyright hadn’t yet expired and wasn’t yet in the public domain. Kondo was forced to come up with the iconic Legend of Zelda overworld theme in a little over a day.

In an interview with Wired magazine, Kondo explains the difference between making the music for Mario and making the music for Zelda was that in Mario the music was supposed to heighten the gameplay, specifically the way Mario moves and controls. The music in The Legend of Zelda was supposed to heighten the atmosphere and environment the player was exploring, in line with the sense of exploration that Shigeru Miyamoto wanted to impart into the game.

As Kondo put it, ‘The sound of Mario is kind of like popular music, and Zelda is… a kind of music you’ve never heard before.’

After Zelda, Koji Kondo worked on other Nintendo games including Super Mario Bros. 2, Yume Kojo: Doki Doki Panic, Super Mario Bros. 3, and Super Mario World, which was a premiere release for the SNES/Super Famicom. Kondo also worked on The Legend of Zelda: A Link to the Past, Yoshi’s Island, and assisted on Star Fox. 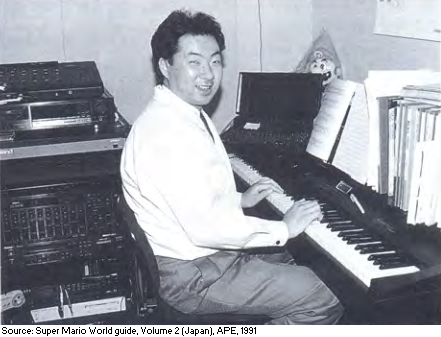 With the release of the Nintendo 64, Kondo was front and center with Super Mario 64. The new technology of the Nintendo 64 allowed Kondo to make his compositions more dynamic according to what was happening on screen. He would use this technique in Mario 64, as well as The Legend of Zelda: Ocarina of Time, and there are precursors to this in Super Mario World. In Ocarina of Time, Kondo was careful to use this in a way that prevented the regular music from becoming stale or boring.

For most of Kondo’s early career, he was writing the music for entire games on his own. There were instances where he provided assistance in various areas or was more of a supporting role, but for many games in his history he was the sole composer.

This changed after Ocarina of Time, and for the rest of his career up to now he was either working with another composer or provided various short compositions, such as in games like New Super Mario Bros. and The Legend of Zelda: Skyward Sword.

According to Kondo he doesn’t compose as often as he used to these days, but not out of lack of desire. He says that most of his time is spent checking up on the various musical departments at Nintendo and acting as a sort of advisor.