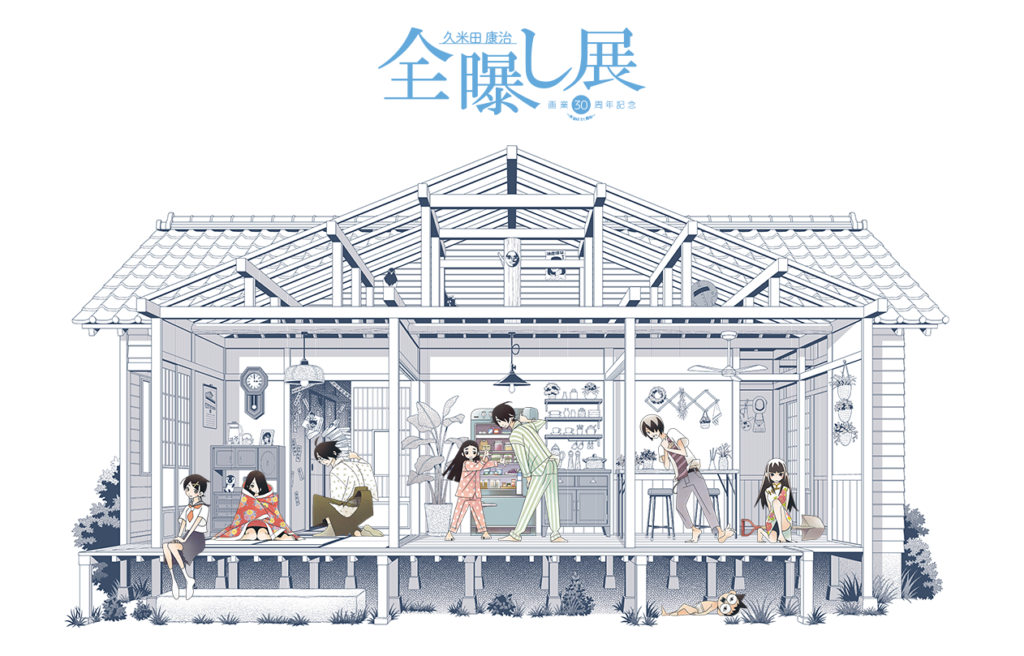 Gag manga legend Koji Kumeta will be taking over the event space in Ikebukuro’s Marui mall this month for a special exhibition, celebrating 30 years since he became a creator. Yet, in typical Kumeta fashion, there’s even a joke in this.

Technically speaking, his debut work Go!! Southern Ice Hockey Club started back in April 1991, meaning that we’ve already passed 30 years since then. As a result, this exhibition has rather pedantically been named ‘Koji Kumeta: 30 Years as an Artist All Works Public Humiliation Exhibition ~Actually 31~.’ Very funny.

Although the author may view having material from all nine of his different manga on display as a form of public humiliation, it offers an excellent opportunity for fans and enthusiasts alike. Over the course of his career, Kumeta has produced many excellent comedy series, remoulding the subgenre in his image along the way. What’s more, everything Kumeta has ever produced is here, from his debut work Go!! Southern Ice Hockey up to his latest effort Kakushigoto.

Much like every other anime or manga exhibition, there will be manuscripts and other original production materials on display, as well as photo opportunities and a big illustration produced by Koji Kumeta especially for this event. What sounds most interesting, however, is the room dedicated to Sayonara Zetsubou-sensei’s frontispieces: anyone who has read the manga will know how beautiful (and occasionally disturbing) these can get.

If the title of the exhibition wasn’t tongue-in-cheek enough for you, then Koji Kumeta’s comment to mark the event should definitely be taken with a large serving of irony. ‘I’ve lived a terrible life,’ he explained, ‘and it seems as if all of the terrible things I’ve done in the past will be revealed at this exhibition, so I don’t know if I’ll be going.’ Right.

The ‘Koji Kumeta: 30 Years as an Artist All Works Public Humiliation Exhibition ~Actually 31~’ event will run from 26 June through 14 July in the Ikebukuro Marui mall.

For more information, please check out the official website.

A Look into the Past: Sayonara, Zetsubou Sensei