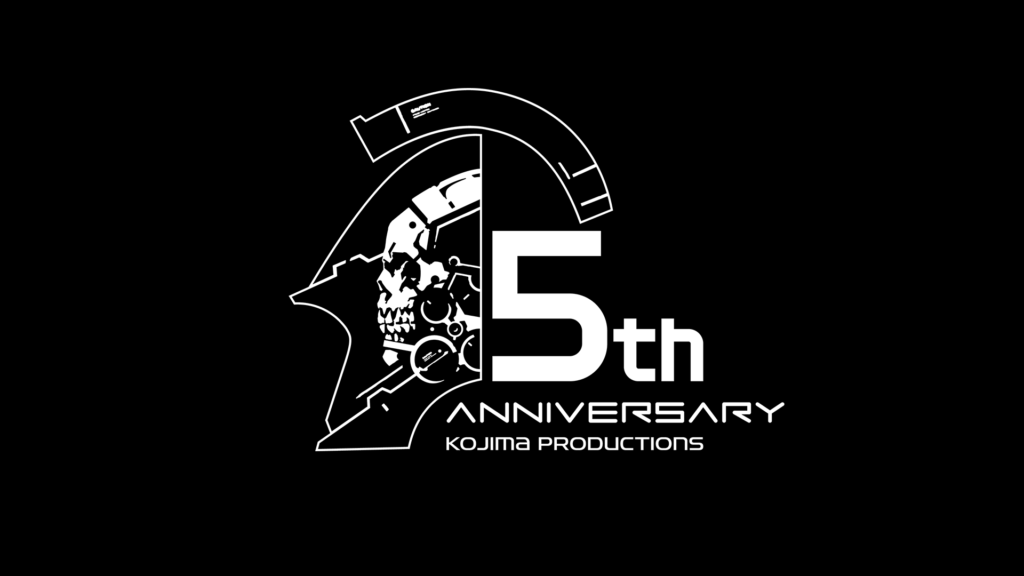 Kojima Productions has taken to social media to celebrate their 5th anniversary, and they have a few things to share with us fans and gamers. The studio has released one title and if you ask me (and only me it seems) it was kind of a dud. Tons of hype around it, but Death Stranding just didn’t hit the mark for me. That’s hopefully about to change, because the studio lead by possibly one of the biggest names in gaming, has upped the hype for the studio’s future.

For starters, they thanked everyone who supported them over the last five years. The studio started with four members and a dream to create quality games. Thanks to everyone’s support, they were able to overcome the challenges that got them to where they are today. 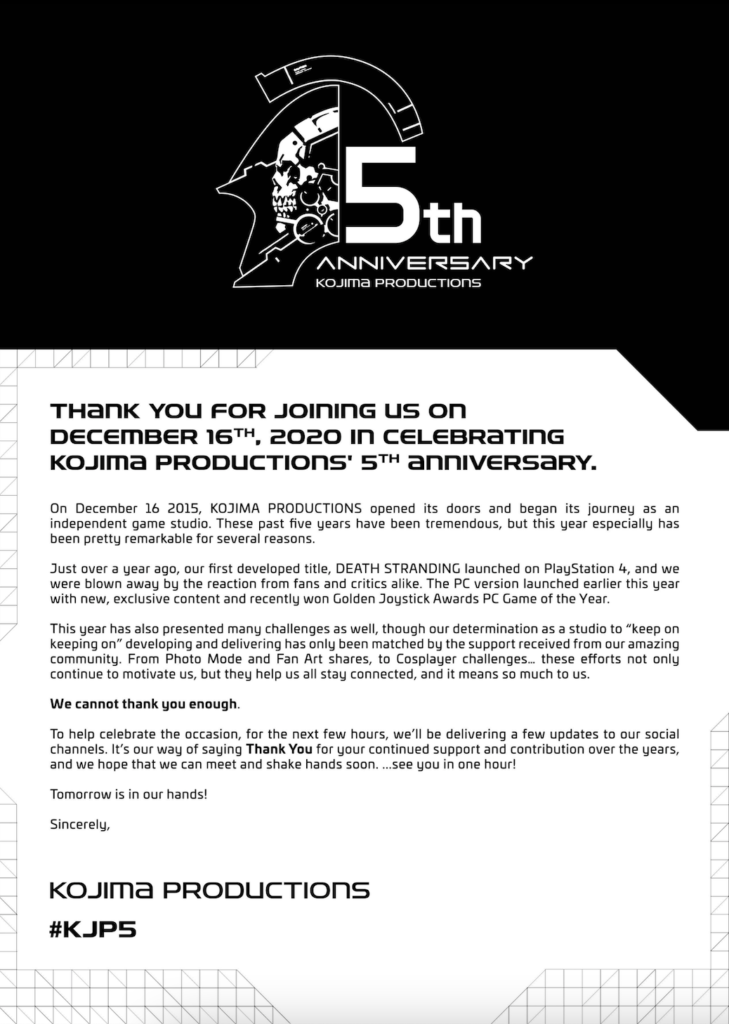 Welcome back!
We’ve created a special #KJP5 LUDENS wallpaper. https://t.co/N3cIDGvH07
Interested in learning more about LUDENS? Visit our website where Yoji Shinkawa explores the origins of LUDENS and what inspired the design behind his creation.https://t.co/QsfmBR86S4#KJP5 pic.twitter.com/hhClZ6OiaT

In April of this year, Hideo Kojima was awarded the BAFTA Games Awards most prestigious title, the Fellowship Award. In celebration of the 5th Anniversary of Kojima Productions, the studio uploaded a video on its official YouTube showing the announcement of the awards all the way through its travel to Japan.

They wrapped up their anniversary by once again thanking everyone for their support and by sharing a short video featuring Kojima himself.

Kojima Productions as a company is still in its infancy and I’m sure with today’s announcements, they’re going to start to grow into their clothes. Hopefully, we’re going to see some pretty neat stuff coming from the company. Kojima has stated in the past that he would like to work on something other than video games. Could we be seeing movies coming from Kojima Productions in the future? Who knows, only time will tell.