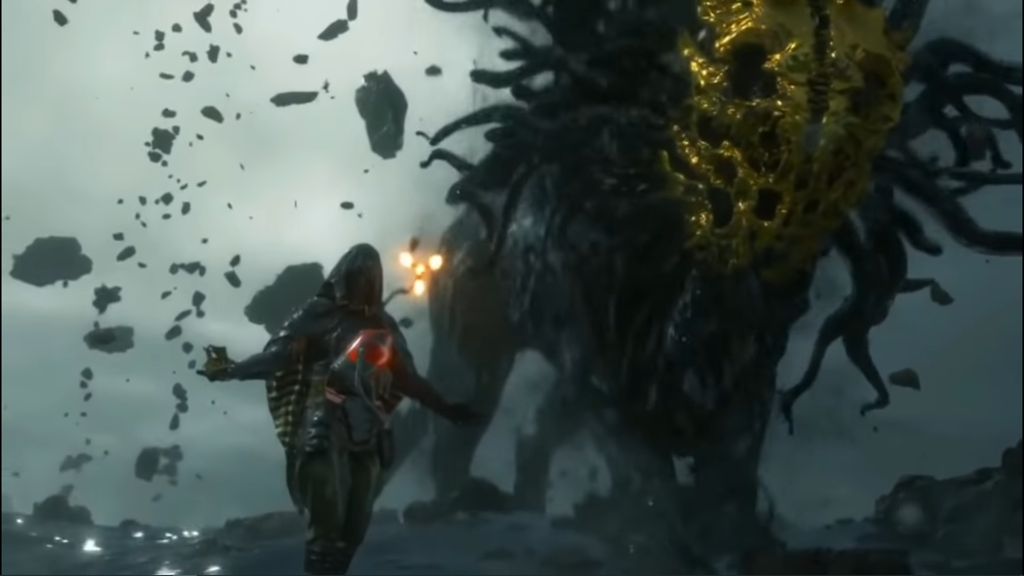 Like the Final Fantasy VII Remake, Death Stranding has become a bit of a white whale. Sure, there’s been occasional trailers and updates but the game was announced at E3 2016 and we’re no closer to knowing when it’s coming out. However, also like the Final Fantasy VII Remake, we know more details are on the way. Hideo Kojima has revealed that on May 29, there will be some kind of announcement, or trailer, or some form of information dump. In preparation, he’s tweeted out a couple of cool, cryptic teasers for us to salivate over.

There’s not much we can gain from the phrases ‘Help Us Reconnect’ and ‘Create the Rope’ alone. While I’m sure there are already dozens of half-hour YouTube videos trying to make sense of Kojima’s teasers, I’m going to sit back until the 29 before working myself up. More than any additional story or gameplay details, I think many fans want some kind of time frame of when they might be able to, you know play Death Stranding. Though, ultimately it not being rushed is a good thing, because we all remember what happened with Metal Gear Solid V: The Phantom Pain. No, I’m still not over it and I won’t be accepting arguments about it at this time.

Hideo Kojima has always loved not being forthcoming with his upcoming projects. Remember, the aforementioned Metal Gear Solid V was announced as ‘Project Mogren’ before sleuths figured out what the heck that debut trailer was. Every Death Stranding trailer only seems to confuse fans further and further. From a pregnant Norman Reedus to these gigantic creatures and symbiote adjacent Mads Mikkelson, we’re not going to be able to put together what Kojima’s doing until the game is in our hands.

Hideo Kojima is set to drop something regarding Death Stranding on May 29, 2019.