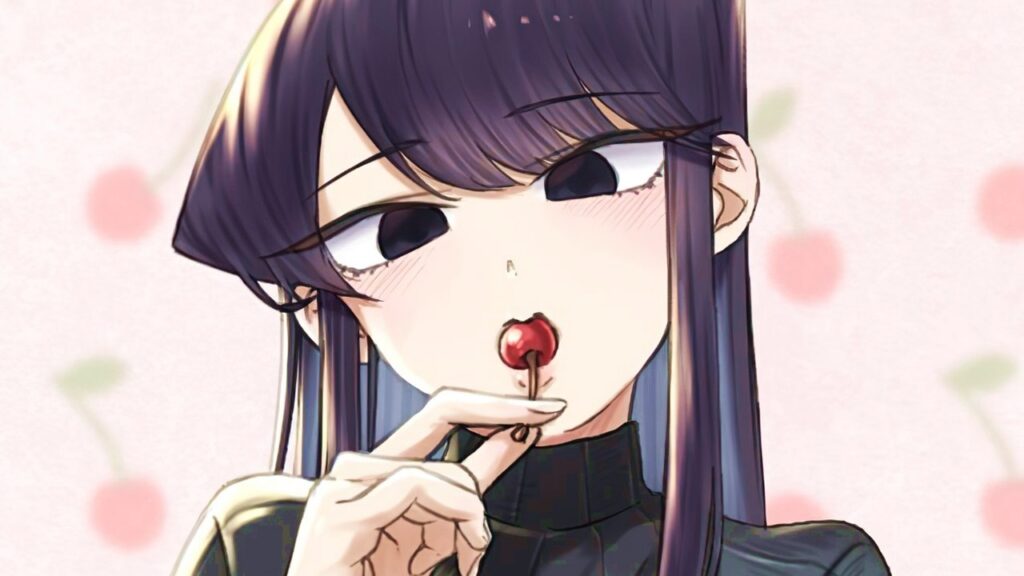 With translations of manga series and webcomics being published, popularized, and spread on the daily, it can be difficult to commit to just one… or find one or two worth reading in the first place.

Tadano discovers that Komi, even in the face of her social anxiety, longs to connect with others and wishes to see her dream of making 100 friends come to fruition before the end of high school. With that, the plot is set in motion.

While the manga/webcomic does have an end goal in the form of said dream, like most shoujo with slice-of-life pacing, Komi Can’t Communicate is more about the journey than anything. It’s quite literally about the friends being made along the way (with hints at a burgeoning romance between Tadano and Komi).

In that case, you may ask, what makes Komi Can’t Communicate a worthy candidate for the anime treatment with so many works within the genre to choose from?

Unless an anime has a specific story about mental health and mental illness it wishes to tell from the get-go, these issues don’t tend to come up as a ‘regular’ thing. And should they come up, they’re not always handled with care.

The yandere archetype comes to mind when thinking of depictions of mental illness taken to the extreme, if not romanticized for their edginess.

On the other hand, less edgy tropes dealing with social anxiety and the like don’t tend to boast a clean record either, often portraying such as cutesy, quirky, or something a male love interest is meant to ‘fix.’

Now, Komi Can’t Communicate isn’t perfect, but it 100% succeeds in exploring the side effects of Komi being bad at communication as well as those that come from being put on a pedestal.

In fact, Komi’s ‘class princess’ image is a direct result of her inability to talk aloud, let alone doing so in the presence of multiple people, her classmates’ reading her cool, reserved silence as a trait worthy of worship rather than true understanding.

The moment Tadano discovers Komi’s secret, the latter is overjoyed, relieved to finally have someone in her corner. Komi may look the part of a girl who has it all, but we as readers quickly become privy to the everyday challenges and misunderstandings that stem from that ‘cool’ silence of hers. Yes, some of these shenanigans are portrayed as cute, but we never once lose sight of the struggles that come with them.

While I’m usually not the biggest fan of this trope, I remember reading the first volume of Komi Can’t Communicate and appreciating Oda’s take on the classmates who weren’t all that fond of Komi. No one hates Komi, per se, but a few girls mention thinking she’s cold, pretentious, stuck-up, etc.

Considering the fact that mental health issues are more often than not misconstrued in real life, I like that Komi’s good looks don’t immediately solve her problems. There are, and always will be, people willing and unwilling to see ‘Komis’ for who they truly are.

2) In the Eyes of the Beholder

The cuter, softer art styles used for slice-of-life can sometimes blend together, but Komi Can’t Communicate doesn’t adhere to a single type of face for its characters.

Oda manages to balance mostly realistic haircuts and proportions with different stylized eyes for Komi and friends. And yet, said designs still manage to look like they belong in the same world. We get interesting eyes ranging from Tadano’s small, unassuming dots to Komi’s large, mysterious ones, a design for every archetype indeed. 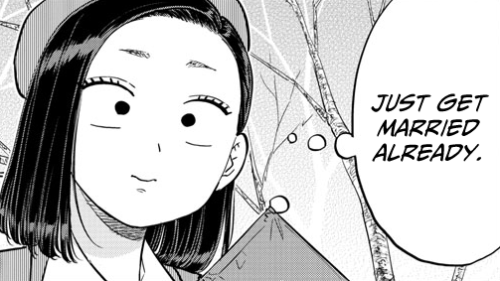 As mentioned earlier, the fun steps to Komi Can’t Communicate’s friend-making journey are what ultimately make the series rather than the inevitable endgame ship.

Tadano and Komi’s chemistry as friends and as a little something more is a joy to watch.

Yes, the set-up for Tadano and Komi becoming a thing feels very reminiscent of harem anime, which aren’t exactly known for being tasteful.

Yet, it makes a weird sort of sense that an ‘average’ boy like Tadano, who’s so used to being passed over, would also end up being the person to ‘read’ and see Komi for the gentle soul she is.

The female and feminine characters in Komi Can’t Communicate are aplenty and wholly unique, but what really sells them is their individualism.

These characters feel as if they live their own lives outside of Tadano and Komi’s story. When they do happen to cross paths, we’re guaranteed hilarity and introspection alike that highlight Komi’s kindness as well as the other girls’ growing respect for her.

Like many a slice-of-life mangaka, Oda enjoys dabbling with meta and tropes, and while having one’s characters comment on the very confines of their story is a literary device best used sparingly, Oda pulls it off.

Almost every character in Komi Can’t Communicate is introduced with a gimmick and a goal linked to Komi. When gimmicks are used to provide quick portraits of new gals and guys so as to leave room for fleshing out later, I think they’re great.

The whole point of the series is to look beyond a person’s looks and/or reputation. With that said, Tadano’s ‘normality,’ Komi’s quiet resolve, and the other characters’ singular quirks act as a collective starting point from which the theme can take root.