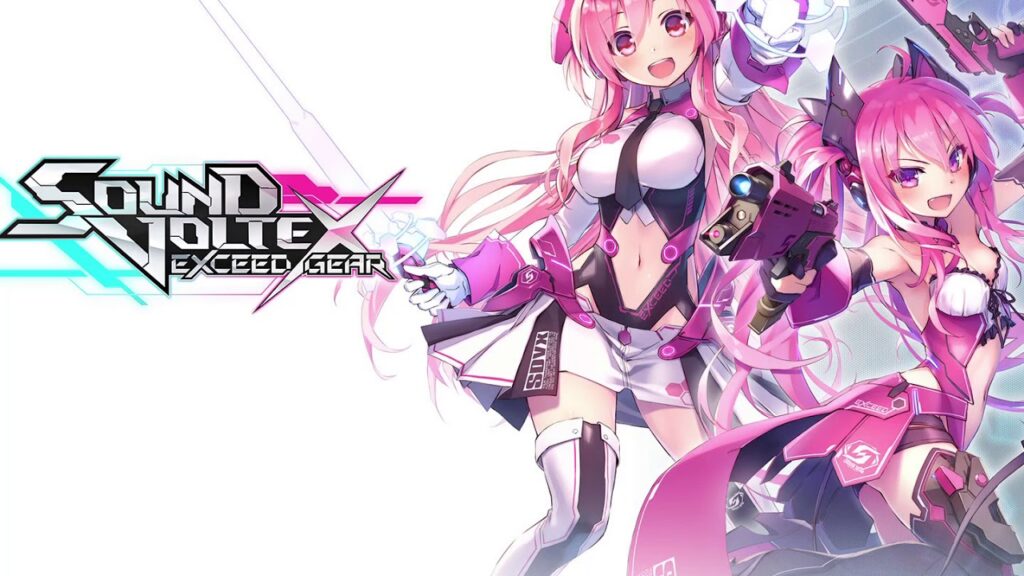 Now that the newest version of Konami‘s Sound Voltex series, Sound Voltex EXCEED GEAR, has been in Japanese arcades for a couple of months, the updates have been rolling in. A handful of weeks ago they announced that they would add new character theme songs to the EXCEED GEAR based on the winners from the Sound Voltex FLOOR contest. 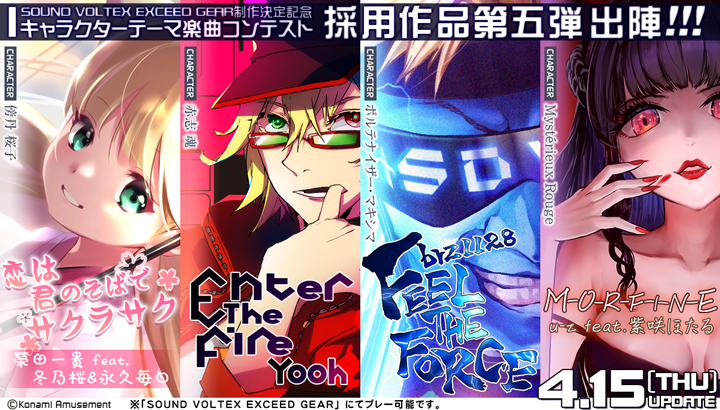 Thursday’s update will be giving us four songs more. Those songs are:

I absolutely love this about the Sound Voltex series: Konami is constantly adding new content for players to enjoy and it really keeps the game ‘alive’. Don’t get me wrong, I still adore beatmania IIDX, but I would like to see more frequent updates for the song list similar to how they do it with Sound Voltex.

The new character songs for Sound Voltex EXCEED GEAR will be available on all VALKYRIE MODEL machines starting at 10 a.m. Thursday morning, 15 April 2021.