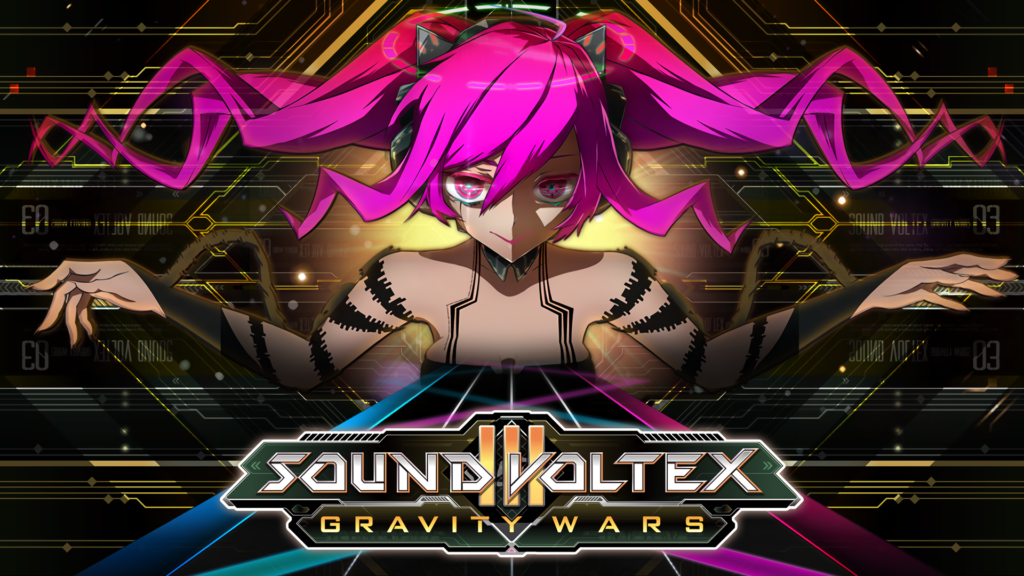 The PC version for Konami’s SOUND VOLTEX III GRAVITY WARS has been receiving monthly updates for quite some time now. Today, Konami released what could be the biggest update to the game since its release: over seventy new songs for players to enjoy. 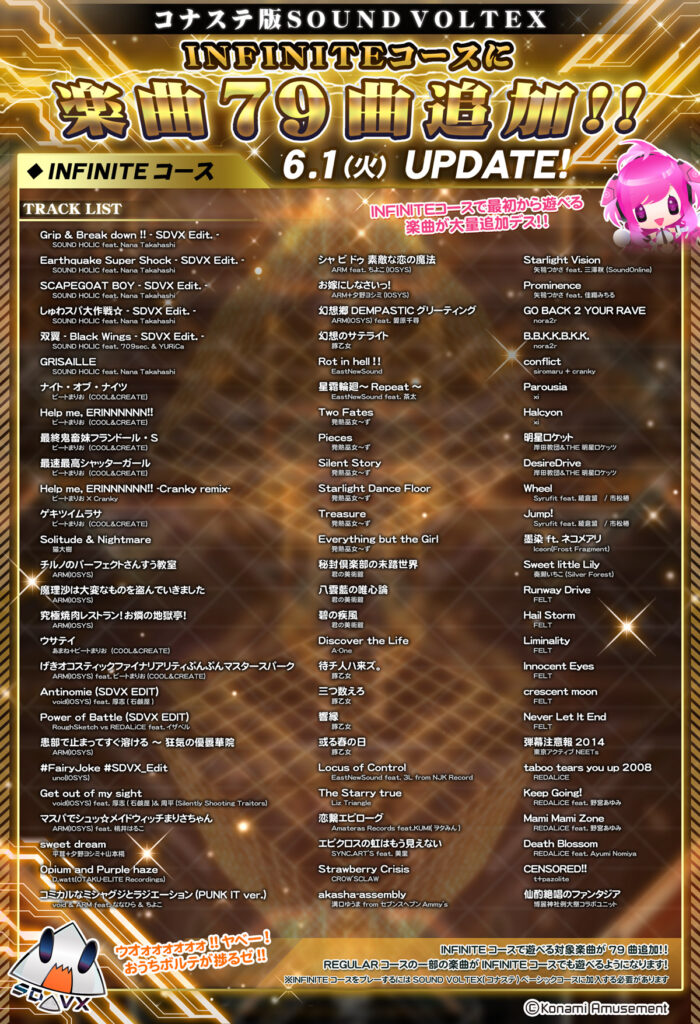 The update is exclusive to players who pay for the monthly ‘Infinite Course‘. It runs for a pretty steep ¥2,338 per month, but in turn you get over four hundred songs that you can play to your heart’s content, with new songs being added monthly. Not to mention massive updates like today’s for SOUND VOLTEX.

The downside to this is that there is no story progression, scores don’t save over to the arcade, and you can’t earn bits and blocks to use in the arcade version of the game. However, if you play more than 23 games a month, the monthly cost essentially pays for itself compared to going to the arcade, if you’re just looking to play songs and don’t really care about playing in the arcade. 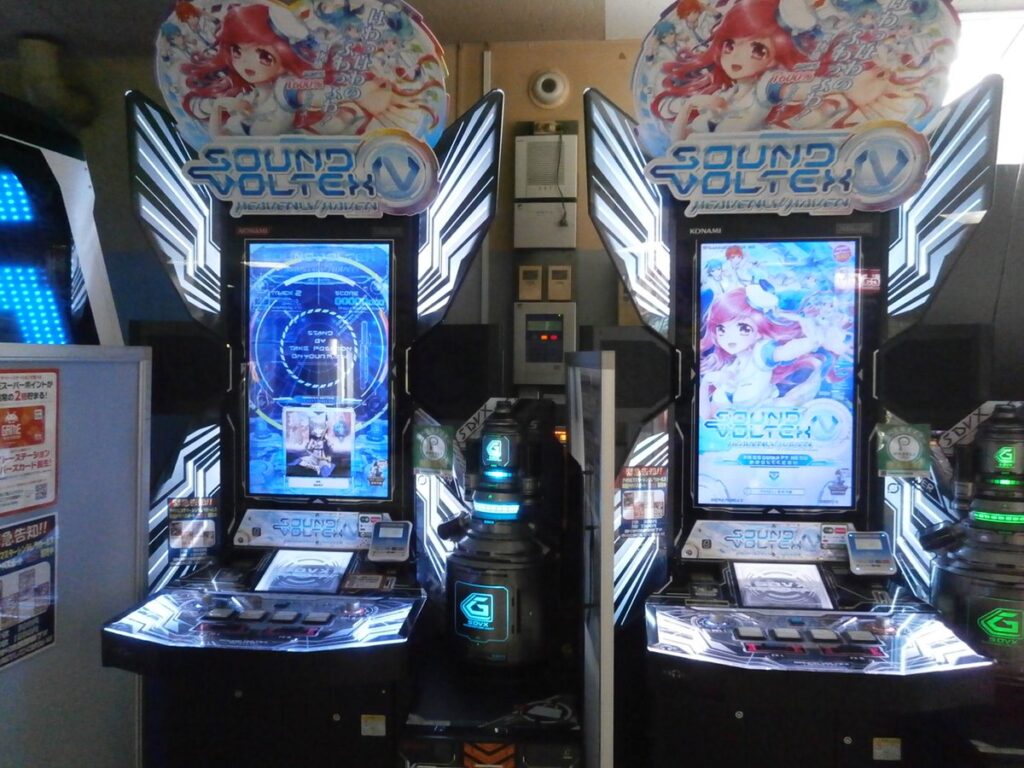 With more and more of Konami’s Bemani series of games getting competent PC releases, there really is no reason to not at least pay for a month of service and give the game a try. Who knows, you might just be the next top-ranker.