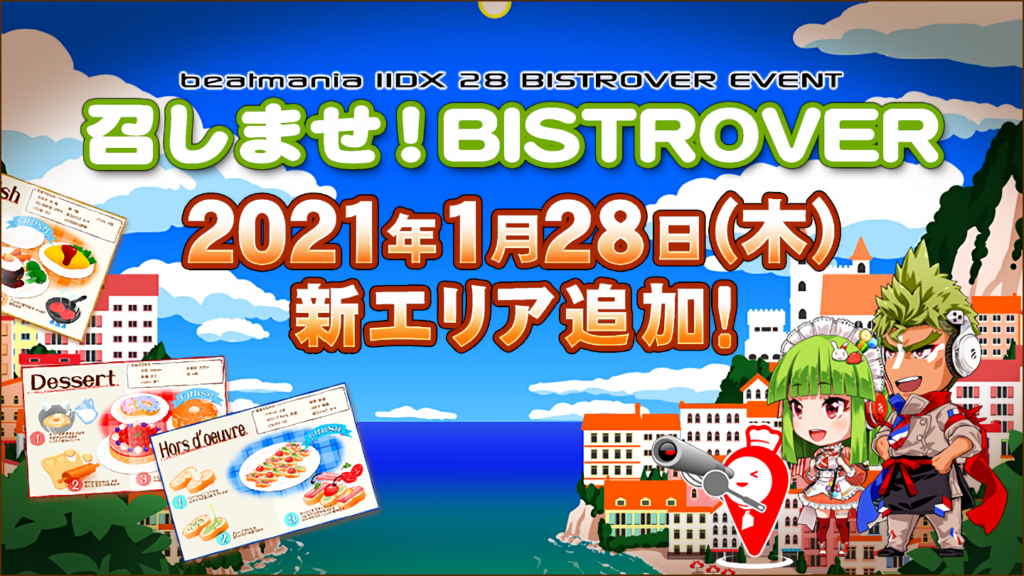 Last month, KONAMI kicked off the first main event in its newest entry to the beatmania IIDX series, beatmania IIDX 28 BISTROVER. Meshimase! BISTROVER sees the player travel to various locations across the world to prepare a various number of dishes, that once completed, unlock new songs for the player to enjoy in the game. The first stop of the event saw players travel to Asia and create several dishes. Now we’ll be traveling to Europe to create some new dishes and earn some new songs. 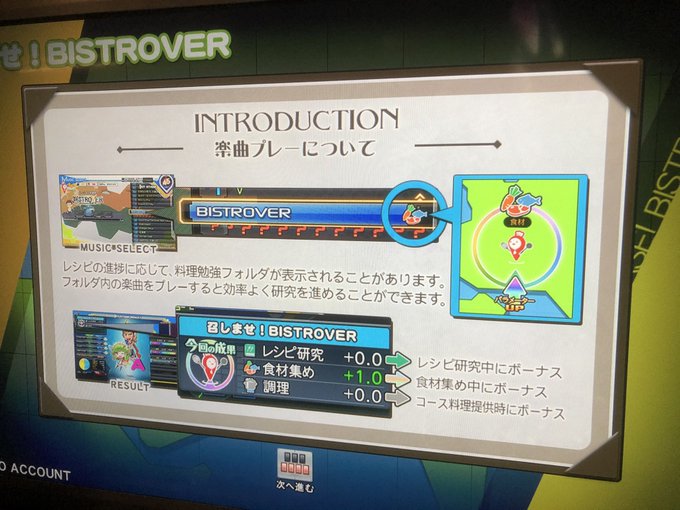 The second location in Meshimase! BISTROVER sees players traveling to Europe to further expand on their restaurant and create some new dishes to get those Q-Pro customers coming in droves. Let’s take a look at the songs that are included in this stop on our journey:

The new location comes with five new songs that we can enjoy in the game. I think I speak for much of the English-speaking beatmania IIDX community when I say that the songs we got this round with the second location of Meshimase! BISTROVER are really good; there isn’t a bad song in this batch. We got a really great ‘Solid State Squad’ remix from the bemani ULTIMATE REMIXes album, a new Xceon song that is in a genre that he normally doesn’t produce, and an absolute banger of a song with ‘Burning Flame’ from AJURIKA.

Hopefully, when we eventually get the third location in the event, the song selection is just as good as what we got graced with today for the next step of Meshimase BISTROVER. KONAMI has really been on a roll with the songs in BISTROVER.