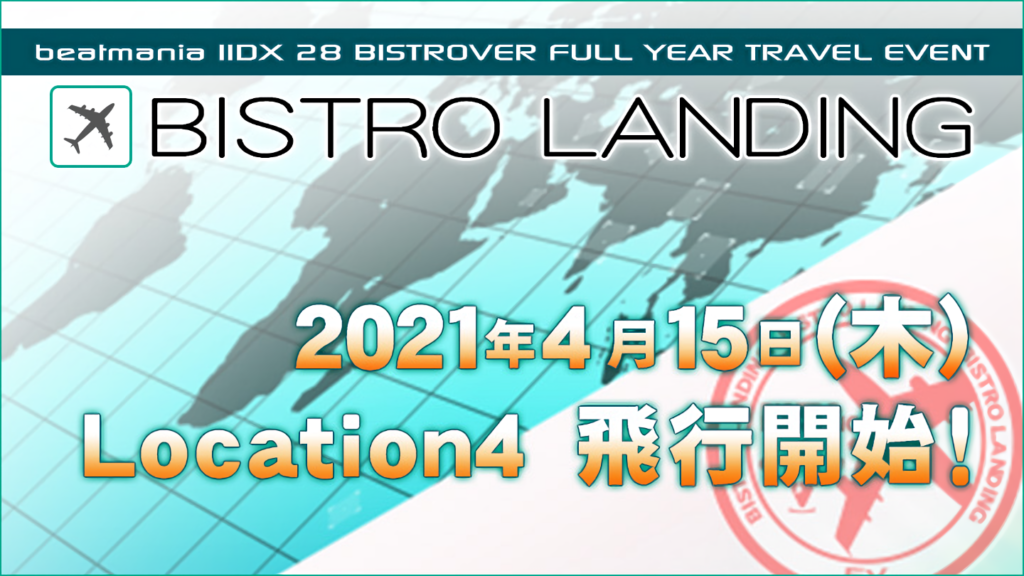 On Tuesday, Konami announced that they were going to be kicking off the fourth location for beatmania IIDX 28 BISTROVER’s year-long BISTRO LANDING event today, 15 April 2021.

The new location sees us taking a trip to the Beach Resort and kicking back a bit. With this being the fourth location, we’re about halfway through the event, with only a few more likely locations remaining.

With us traveling to the beach, you know that there is going to be a song that has some vacation-style vibes, right? That’s pretty much what we got with the new song ‘Tiempo Loco’ from kors k feat. Hboy.

The song is an absolute banger with some pretty damn good Spanish pronunciation at the opening of the track. This is who I would assume Hboy is. Currently, there is a lot of speculation on Twitter if the Hboy in the song is the same Hboy who has risen up the ranks of Konami’s other music game title, Dance Rush Stardom.

I have to say, beatmania IIDX 28 BISTROVER is turning into quite the diverse sounding game, especially with the fourth location of BISTRO LANDING. It is quite possibly one of the more diverse sounding versions in recent history. The game likely still has about a half of a year or so left in its lifecycle, so let’s see if they’ll bring back ‘Giri Giri Daddy’.