Konami‘s beatmania IIDX INFINITAS came out just under six years ago and we’re still not current with the song list on arcade. That doesn’t mean that Konami can’t release new song packs containing songs from previous versions, and that is exactly what they did today with the announcement of Song Pack 14, containing the first batch of songs from beatmania IIDX 25 CANNON BALLERS. 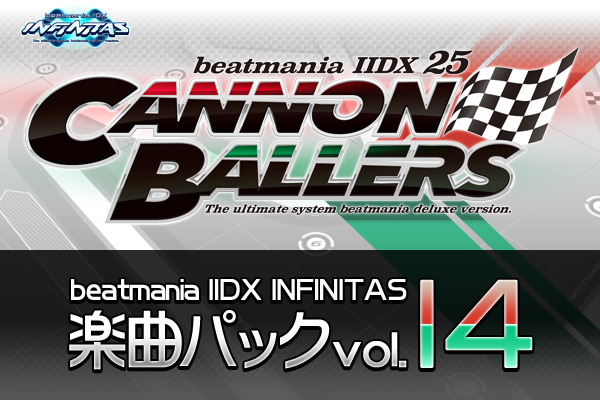 CANNON BALLERS actually contained some of my favorite songs from recent beatmania IIDX titles, and I’m elated to see that they’re finally putting songs from that version into INFINITAS. The song update pack contains thirty songs from CANNON BALLERS and is the first of multiple packs to come from the title.

The songs included in Song Pack 14 are:

The beatmania IIDX INFINITAS CANNON BALLERS Song Pack 14 is currently available to purchase through the Konami eAmusement website for the moderately unfair price of ¥6,091 (Approx. $57 USD).