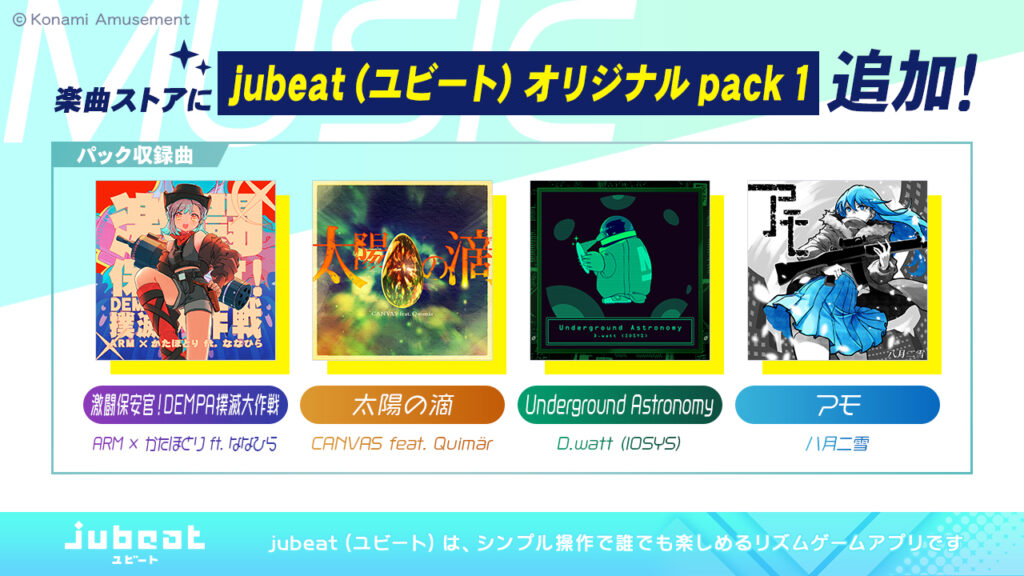 DLC packs for Jubeat Mobile are nothing new; the previous version of the game had a plethora of downloadable packs. What makes this pack so special is that each of the songs introduced in the pack has never been featured in a Jubeat title before.

The new pack contains four songs, each from a different artist:

The new pack can be purchased in-game for 500 jBlocks. Once purchased, you can play the tracks in the ‘Plus Mode’ in the game.

It’s unknown if these songs were made for the mobile version of Jubeat or if they were songs that were intended to be in the new arcade version of Jubeat that was shown off at JAEPO last year. One thing is for certain, new songs being put into the game is definitely a good thing; now if only Konami would fix the absurd loading times…