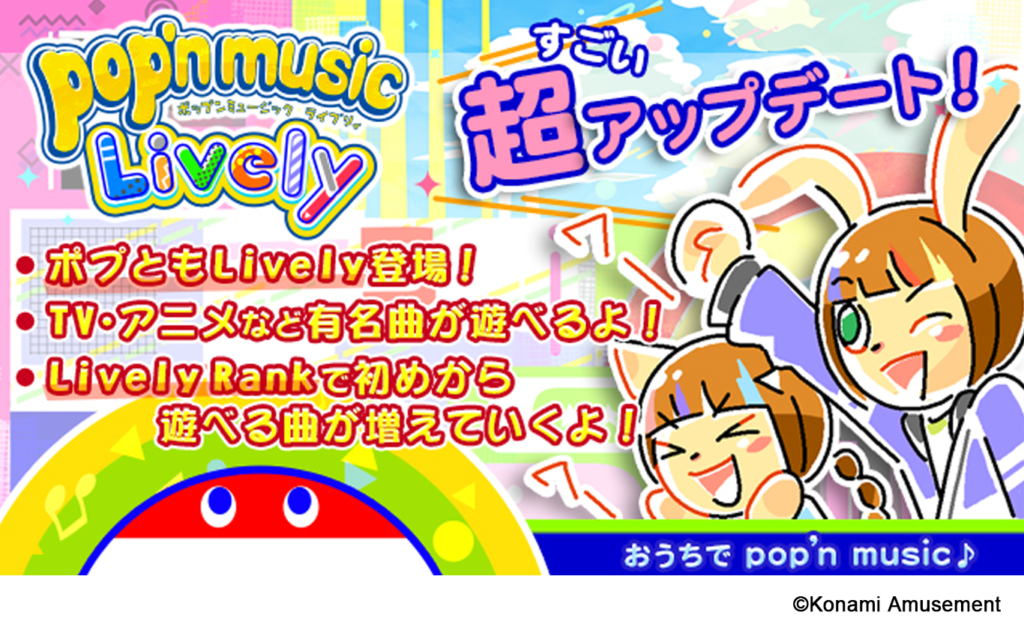 The update is being dubbed the ‘Sugoi, Cho Update’ and adds new songs and features to pop’n music Lively. Let’s take a look at what Konami is adding to the game, effective today, 2 June 2021.

For starters, they’re adding something called ‘Lively Rank’, a ranking that goes up the more that you play the game. There are Bronze, Silver, Gold, Platinum, and Black rankings. To kick off the Sugoi Cho Update, Konami is also holding a campaign: if you sign up for the Basic Course through the Konami Amusement Game Station service, you will start off at the Gold ranking. This will immediately give you access to an additional twenty songs, right from the get-go. 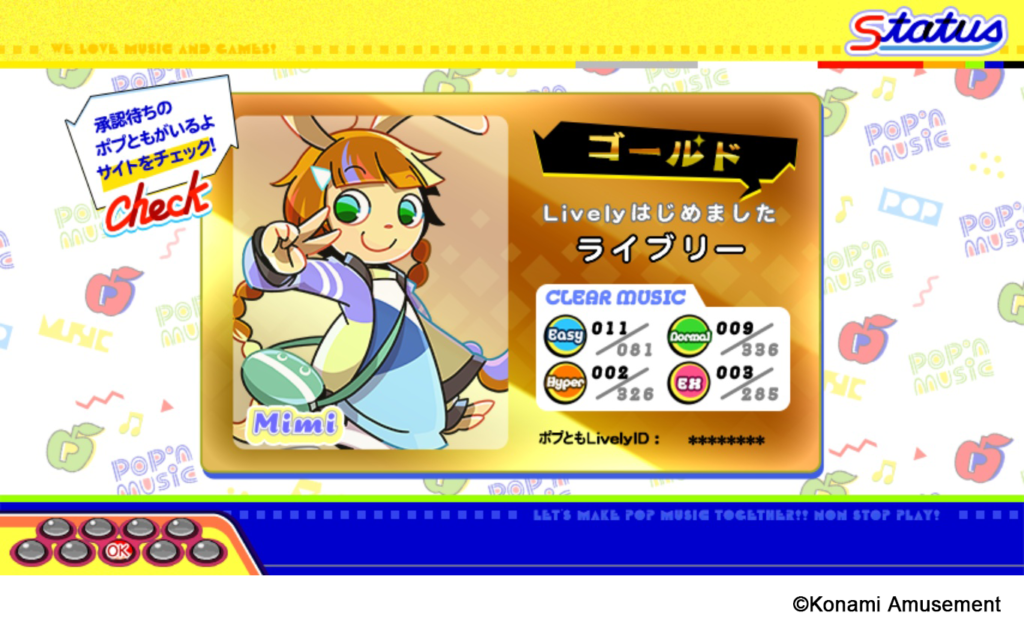 Next they are adding ‘pop’n pals Lively’ (ポプともLively) which will allow you to add your friends as rivals and compare scores with each other, similar to how the arcade version of pop’n music works. 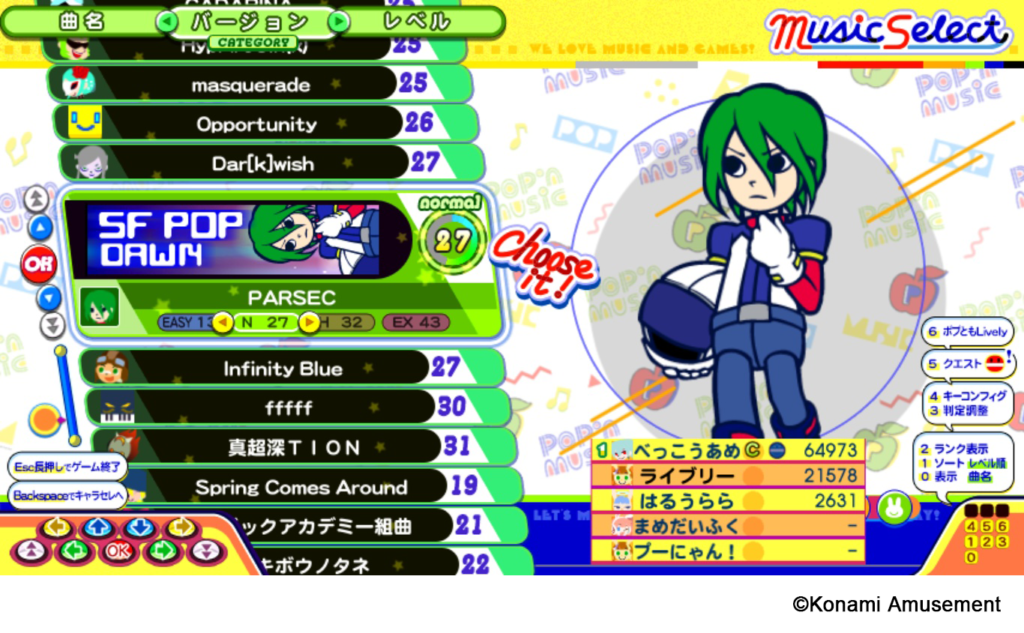 Last but certainly not least, Konami will be adding over forty license tracks to the title, with songs including ‘A Cruel Angel’s Thesis’, ‘Gurenge’, and ‘Pretender’. With an additional forty songs being available right from the start, there is certainly something for everyone that can be enjoyed right from the beginning. 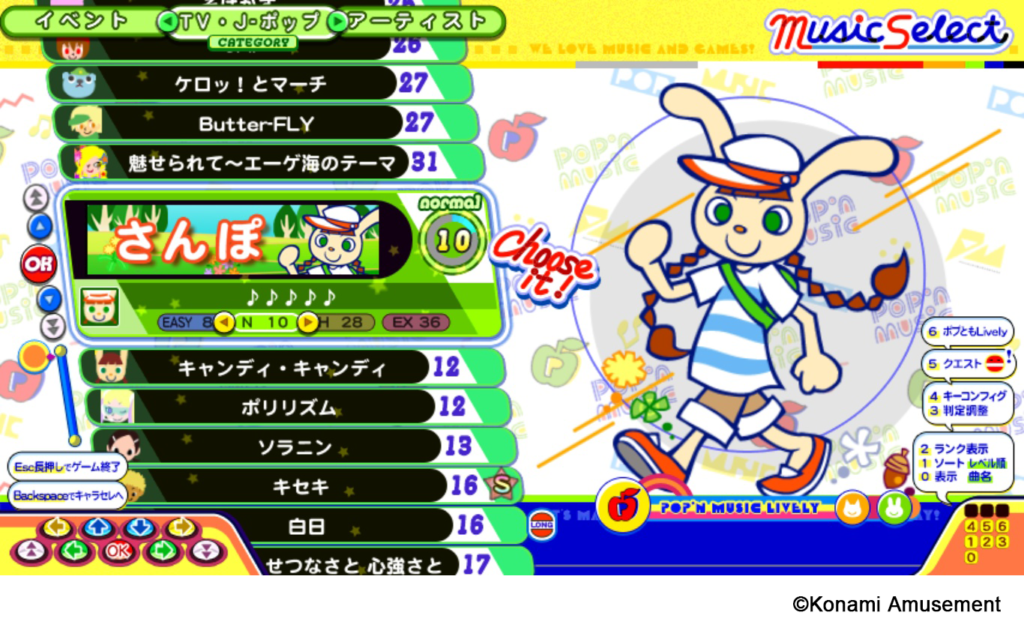 The update for pop’n music Lively is currently available to download from the update function on the game launcher.