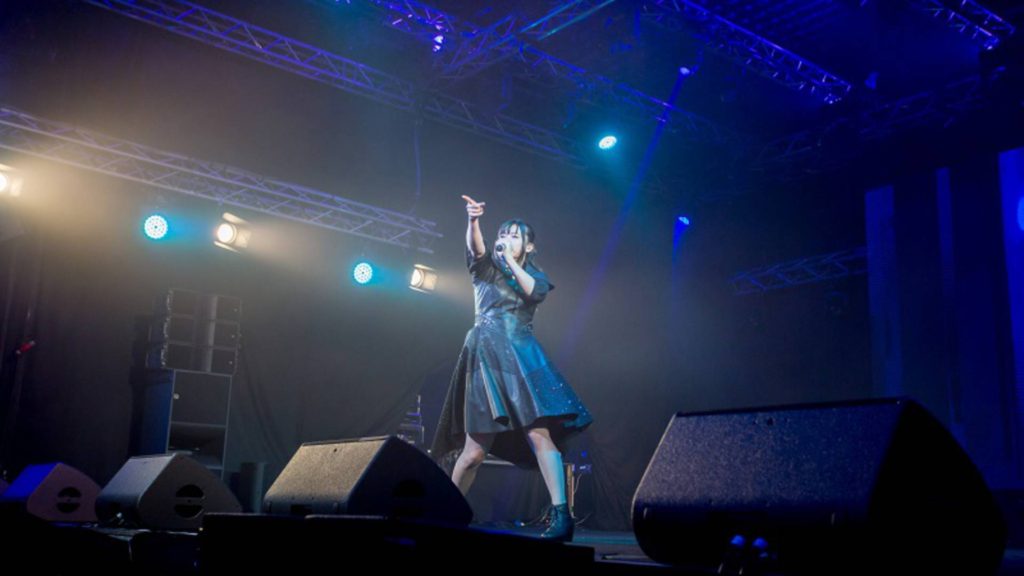 It comes but once a year; held within the confines of the utopian-like city-state of Singapore, the largest anime convention within its entire region — C3 Anime Festival Asia Singapore. It’s a convention with much to offer, but perhaps the most alluring being the multi-day spanning “I Love Anisong” concert event. This year’s event, in particular, was something special; calling on the likes of ClariS for their first international performance, as well as the likes of fripSide, and Konomi Suzuki. We’ll get back to that last name in a second. Being at the convention under the “press” moniker, I was given the unique opportunity to interview the extremely talented Konomi Suzuki, perhaps best known for her works on the “No Game No Life,” “Re:Zero − Starting Life in Another World,” and the “The Pet Girl of Sakurasou ” theme songs. The barely twenty-one-year-old superstar has had quite the expansive career, spanning all the way back to when she won the 5th Anison Grand Prix in 2011 — a competition designed to highlight the best within the field.

Sitting down with the anison icon, we discussed a number of topics ranging from her expansive career as a musician, all the way to her advice towards younger musicians looking to get into the field. You can find the full interview below:

It’s a pleasure to speak to you today! Firstly, how do you feel about this year’s C3 AFA Singapore?

I went to C3 AFA last year too, so I’m very happy to be back for a second time. Besides this event, Singapore is a city that is very special to me personally; I actually came here as a student on a school trip whilst studying. I’m beyond happy to have the opportunity to perform here!

When it comes to songs you’ve performed, you specifically stated that “DAYS of DASH,” the ending theme to “The Pet Girl of Sakurasou,” is memorable to you. Can you tell us a little bit about why this is?

When “The Pet Girl of Sakurasou” originally came out, I was still studying as a full time student. I felt like I could really relate with the characters within the show. “The Pet Girl of Sakurasou” is partly about running towards your dreams, and with “DAYS of DASH” being the second single, I put myself together in with the characters. It had not been that long since my debut, so it really felt like running towards a dream is what I was doing!

When working on the theme song for “No Game No Life: Zero,” the incredible “THERE IS A REASON,” how did you find the creation process?

When I saw “No Game No Life: Zero,” I was actually in the audience with everybody else. On top of that, I was actually crying alongside everybody else. As a song, “THERE IS A REASON” is definitely very different to what I’m used to — especially being more of a ballad than usual.The song certainly focuses on the love the characters have for one another, so I put a whole lot of raw emotion into the track.

You are the voice actress for one of the main roles in the upcoming anime “Lost Song.” Can you tell us a little bit about your character?

Rin loves singing and she also loves to eat! Throughout the show you’ll see that her dream is to sing in a place called Oto. As “Lost Song” progresses, Rin meets more people and gains more experiences, so you witness a lot of her growth as a person. Please look forward to both Rin and “Lost Song!”

Do you perform any sort of good luck ritual before a concert?

I usually get really nervous before concerts, and it often gets to the point that the night before I can’t sleep and, on the day, I can’t eat. So I alway ask someone on my team to slap me on the back, really hard. That way, all the nervousness can get out of my body. After this is done, I feel like I can focus and do my best during my performance!

In the early years of your career, did you encounter difficulty while establishing yourself in the industry?

When I started off my music career it was very fun, however, there were a lot of hardships too. It was the same for me as it is for anyone starting off on a new venture. For example, when I was recording, it sometimes didn’t go as well as I would have hoped. Sometimes it was frustrating and, sometimes, I did cry quite a bit. But, because of that, songs have been created from all of those kinds of experiences. As an artist, you constantly have to keep up to ensure that you can share your work with the world. It is difficult, but I strive for a good balance.

Drawing from your experiences in the past, do you have any advice for young aspirational artists who want to try and work towards a career related to their creative passion?

If you think about it, realistically, pursuing your passion or dream is something very difficult. The key is to not fear that difficulty, simply put. Keep tackling it, and keep moving forward. When I first became a singer, I found that this was one dream I was able to take control of. But from that, I realised that I have so many more dreams! Pursuing dreams is something that we never stop doing. For those chasing their ambitions, my advice is to never give up. Ask yourself “Do you love what you’re doing?” If you do, then it is special to you and you should keep working on getting to where you want to be.

Finally to cap things off, are there any artists who you would like to collaborate with in the future?

The reason why I decided to pursue a career as an anison singer was because of Macross Frontier. If an opportunity arises, I would love to work with Sheryl Nome (voiced by Aya Endou) because she is someone who kickstarted my career.

I want to give a special thank you to Anime Festival Asia, and in particular for them allowing us to conduct this interview. On top of this, I want to offer my eternal gratitude to Konomi Suzuki for being such a genuine and nice individual while taking the time to answer our questions. If you’re interested in checking out any of our previous industry interviews, you can find them here.